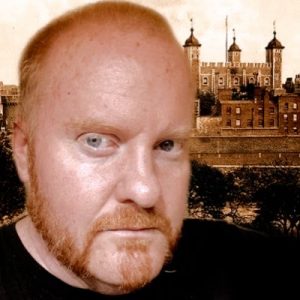 A.C. Merkel is a singer-songwriter and multi-instrumentalist who recently rediscovered a love for books.
When he’s not repairing automobiles for money, he can be found mixing music, pop culture references, and history into new magical universes. 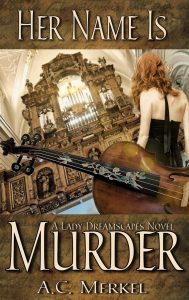 Magical musician Murder LaVoe is tired of running. She’s been running for nearly 500 years. When you don’t age, people take it personally. She’s returned 30 years later to her favorite borough in New York City, hoping to finally settle down and hide her secret by taking the identities of falsified heirs. A public attempt on the life of her Rock-N-Roll alter ego, Lady Dreamscapes, and a chance meeting of subservient immortals in need, threaten to take away the life she holds so dear. Can NYPD detective Grant Noble III solve her mysteries in time to save her? Maybe it’s him that needs saving?

Levi Esmund is a Protector of the Ageless sculpted from Clay by Murder’s mother to be her companion. No one knows just how tied the fates of the Protectors are to their charges. Levi just wants a good book and a hot guy. Maybe, just maybe, he’d like to be a real boy.

Tress is also a Protector. A Trans-woman, and white-out Victorian goth who has learned to excel at glamours and wards. The Curse Of the Ageless prevents her from physically becoming a woman permanently. She’s devoted her life to helping trans-girls in need. Just one problem. She has yet to figure out how to save herself.

This all-new modern fairy tale spans centuries, continents, and lives will never be the same. 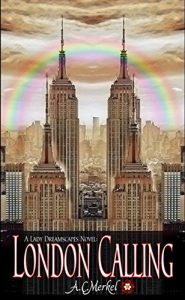 Time waits for no man.
But it might just stop for a woman…

Visions, it seems like everyone is having them.
Anne, Murder, and Levi all share a vision across the Atlantic Ocean and 485 years.
Time and space are crying out, London is Calling.
The future is in peril, Alice Noble…
An impossible structure…
New York is burning…

In the past?
Anne is facing her own execution and the peril of yet another stillborn child.
Only the Boleyn Triumvirate hold the power that could save her and the unborn Alice, But will Mary and George cooperate? Can Mary be trusted?

In the present?
Time traveler “Eustace Black” May very well be the mouthpiece of the Holy Roman Empire.
Tress is charged with figuring out his plan so The Nobles can go to London to meet the tragic and mysterious “watchmaker”. The only magic user who can help them get to the truth.

Murder must face her past once more, up close and in person, as she races the clock to find out what really happened to her mother.

London Calling yes I was there too, and you know what they said? Well, some of it was true.

Series Overview:
We have existed in the shadows of your world for all of history.
The blessed, the cursed, the mages and the witches.
Sometimes you choose to ignore us.
Sometimes we cover it up.
We keep our heads down, lest you lot make them roll.