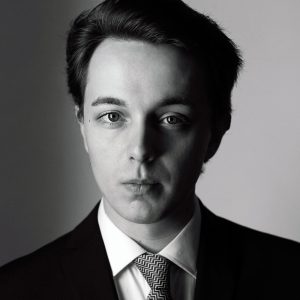 A.J. Sahnow is a London-based author of horror and mystery, with a taste for the strange, the grotesque and the terrifying. Inspired by the likes of H. P. Lovecraft and Shirley Jackson, he writes tales where reality is confronted with madness and an ever-lurking threat of the unknown: people go missing without explanation, and even streets in daytime seem to hold a sense of unease.

These elements come together in his debut novel, The Groop: with missing person statistics rising, Sean Mallory is determined to find the cause; yet his grip on reality is faltering, and he believes that someone, or something, is out there, wanting to cause him harm. As he searches for Lydia Dove, a girl missing for four months, he finds that reality is not all that it seems, and that perhaps he should never have started his search in the first place. The Groop is available now on Amazon in both print and Kindle.

Sahnow is also a writer of short stories and poetry, which can be found on his website, Sahnow Scribbles. His broader influences include T. S. Eliot, Cormac McCarthy, Clark Ashton Smith, Raymond Carver, Jeff Noon, William Wordsworth and Edmund Spenser. 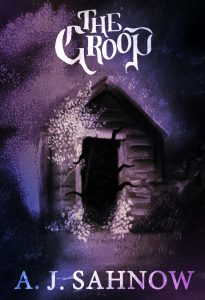 People are going missing on a world-changing scale, and only one man
seems to care.

Lydia Dove has been missing for four months. Sean Mallory, stuck in a dead-end job and afflicted by invasive dreams, believes that if he can find her, then maybe he can find others. Taunted by anonymous emails and troubled by his past, even he doubts his ability to see it through – but the ever-growing mystery of the missing is too alluring to resist.

Through his trips to the nearby city, explorations of the surrounding small towns, and interactions with individuals who seem to know more than they let on, his grip on reality is starting to falter. Perhaps trying to find Lydia is the last thing that he should do.

The first novel by A. J. Sahnow, a London-based writer and musician, The Groop is a mystery/thriller influenced by horror and weird fiction.