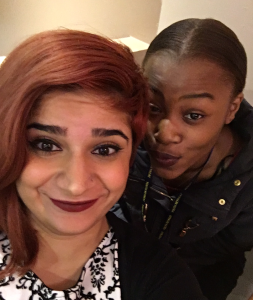 Hi, my name is Aiman Araib. I’m a Pakistani Muslim residing in the United States. I am currently pursuing a Degree in Criminology to become a Detective, and will later be pursuing Psychology to obtain a license for Child Therapy. I’m married to my high school sweetheart, and have a shitzu poodle named Levi. I also have two cats, Eva and Batman. My favorite color is green and I love horror movies. My inspiration is Adele, and Eminem, which is contradicting yet their experiences inspire me. I love reading poetry and books, and my favorite books are The Great Gatsby and A Streetcar Named Desire.
I spent most of my life in Malaysia, where I was raised and went to school. I love swimming, and was once very passionate in becoming a professional swimmer. I began writing lyrics and short stories when I was 11. I also wrote the school play in 10th grade for the End of the Year celebration. When I was a sophomore I had decided to pursue membership in a band, but not soon after found out I had to move to the United States, so that didn’t fall through.
However, it did not stop me from writing.
I first began writing this book four years ago, but did not continue until just a few months back. My experiences began to get the best of me, so I decided to put them in a book instead to voice my pain. I have been through many obstacles in my life, and my struggles have inspired me to write this book. I want to be able to reach out to others who have gone through some of the things I have suffered, and be able to relate to them. I had no support system during my suffering and had to do it alone, but I hope with this book you are able to find the strength to be your own support system.

The Thoughts of A Victim (Non-Fiction) 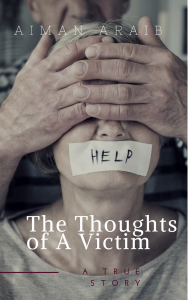 She was a sweet young girl, so full of life, shy even until they broke her heart and bent her soul. They abused her until she couldn’t take it anymore. Mom and dad were never there. Nobody cared.
The Thoughts of A Victim is a tragic yet powerful story that revolves around a young girl who was bashed and abused by her own loved ones, one after another. She had lost all hope and was ready to give up, until she saw that little heart beating inside of her. A young woman’s devotion to protect herself and her child will leave you shocked as Amy struggles to find herself when all of her is lost.

Emotional Sexual or Physical Abuse is a serious issue that needs to be addressed. You need to report it . You can save your self even if nobody else does because no person deserves to be mistreated or taken advantage of.