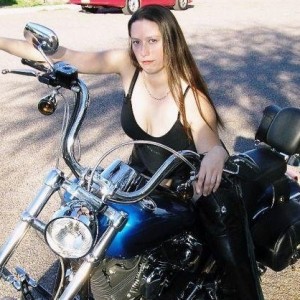 Alicia is a mother of two with more interests than time to pursue them. Growing up in a very small Pacific North West town of 900 people with not much to do, Alicia used books and music as an escape from boredom. She later developed a love for PC games, mainly of the RPG and MMORPG varieties. Which includes the Baldur’s Gate games as well as Icewind Dale, Neverwinter Nights, Diablo I and II, Age of Empires I and II and Neverwinter Online. She is also an accomplished Harley Davidson mechanic, (she graduated from the Motorcycle Mechanics Institute) and owned her own shop alongside her father in Phoenix, AZ for several years. After moving away from the motorcycle business, she picked up writing and always has many stories either in progress or in a long running list of ideas to write about. Many of her books are based on dreams she’s had, and are further inspired by other authors and current television shows. Favorite authors are Katherine Kerr, Terry Goodkind, R.A. Salvatore and George R. R. Martin. 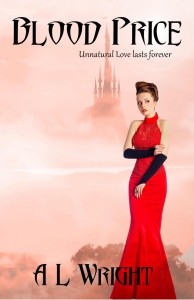 All Josaleene had ever wanted, was to never want for anything ever again. Being chosen and turned into a Noble was all a part of her plan, though she never thought she would fall in love with the man who would turn her.

She also had not planned on being dropped into the middle of the return of an Ancient Enemy and the war that was looming. Her beloved Dartein would go to the ends of the earth to protect her, but would it be at the cost of losing the coming war? Would they end up paying the ultimate Blood Price? Josaleene has within her the answer to their survival, and possibly her destruction as well.

Dartein has been alive for several centuries, but he had never felt truly alive until he met Josaleene. Defying all Noble custom, he took her as his chosen and bound the two of them together for eternity. But all their happiness does not seem destined to last as long buried secrets seemed determined to tear them apart.

Upset that his father, the Patriarch, refuses to help them directly, Dartein becomes desperate to find the answer that will save their love. Even with the threat of old enemies lurking nearby, he leaves his lady love to seek out the one thing that may be able to help them. The price of the answer is blood, but whose?

The Noble Patriarch has ruled the local lands for over a thousand years, establishing a lasting peace for the humans and a position of power for his Nobles. His kind lived in a palace in Noble’s Rest, the largest town of the land. With his son at his side, his rule had been long and comfortable.

That is all threatened to change, however. His Son has taken a human girl as his Chosen, and that choice has upset the other Nobles in the palace. As events unfold between his son and the girl, the Patriarch watches his son face events similar to his own past. Trying to guide his son while also guarding the secrets of their race, he lets slip information that sends his son racing across the lands and away from the palace. Leaving the girl alone and vulnerable. 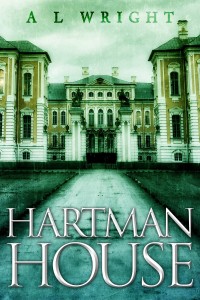