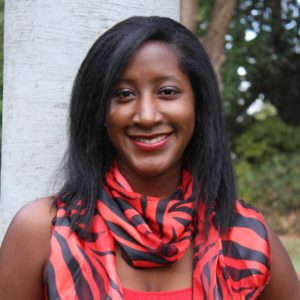 Angela J. Ford was brought up as a bookworm and musician. She began writing The Four Worlds, a fantasy action, adventure series at the age of 12. The storyline of the books is largely based off of creative games she played with her sisters. Originally finished when she was 16, after college, Angela began to re-write the Four Worlds Series, bringing it from a child’s daydream to an adventure young and old alike can enjoy. Inspired by fairy tales, high magic, and epic fantasy, Angela knows you’ll enjoy your adventures within the Four Worlds. If you happen to be in Nashville, you’ll mostly likely find her at a local coffee shop, enjoying a white chocolate mocha and furiously working on her next book. Make sure you say hello!

The Five Warriors: The Four Worlds Series, Book I (Fantasy) 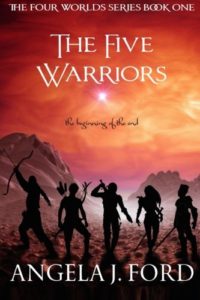 your best friend started a rebellion in the middle of a war?
your lover awakened a deep evil and helped it grow?
your people were too cowardly to face a battle?
you stole an ancient power source?
you gambled with the fate of the world?

Join five powerful warriors each with a unique ability and magical weapons. Their quest is to discover where the transformed creatures are coming from and put a stop to it.

Along the way they run into treacherous immortals, sea monsters, powerful beasts of the air and talking animals.

Each has their own reasoning for joining the quest, but one carries a deadly secret which just might be the destruction of them all.

The Blended Ones: The Four Worlds Series, Book II (Fantasy) 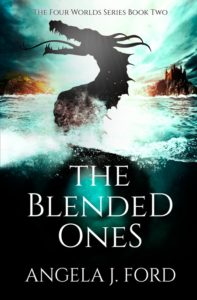 Phyllis and her 17 year old twin sister, Ilieus are blended ones. But Ilieus suffers from visions of darkness she is unable to discern. Forsaken by their parents the two cross the country in search of the Order of the Wise for help.

Cuthan the Charmer is mischievous enough to change anyone s mind with a smile and a wink. Born into a family of treasure hunters, he s searching for the key to unlocking his dormant powers.

Pharengon the Horse Lord was born to be King. Young and inexperienced he seeks a weapon to turn the tide of the war in his favor. But when his very own army betrays him, he will have to turn to the Lost Ones for assistance.

Caught in the fate of the Eastern World the youths destinies become twisted together in a frightful quest that will change the course of time. In the midst of their whirlwind adventure, they discover love, loss, and uncover the truth about who and what is behind the chaotic, spiraling events in the Eastern World.