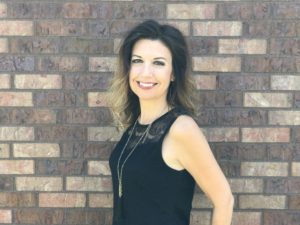 Angela McQuay lives in Omaha, Nebraska with her family. She has a degree in psychology and currently works in the marketing field while continuing to write fiction in many different types of genres including cozy, young adult, crime, and thrillers. She is hard at work on the follow-up to Hemingway & IPA titled Steinbeck & Stout and is eager to introduce the world to her Tales & Ales cozy mystery series! 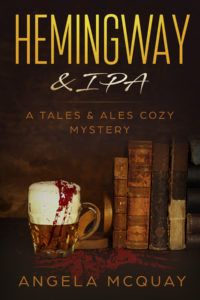 Noelle Kane has returned to her small Nebraska hometown to take over her parents’ bookstore and start a new life. What she doesn’t expect is to reconnect with her ex-boyfriend Jackson Blackwell–now a successful owner of a brewery–or to deal with a murder that casts suspicion on nearly the entire town of Manchester. Mark Dingwell, a city councilman who has stood in the way of Jackson’s plans for a tasting room, ends up shot dead in the woods and Noelle can’t help but wonder if her rebel ex pulled the trigger. As she becomes reacquainted with smalltown life, Noelle must deal with mean girls, rumors, and making new friends…along with her feelings for Jackson and the fact that he may just be a murderer! Books, beers, and bodies combine to form a perfectly cozy experience in this first title in the Tales & Ales cozy mystery series!