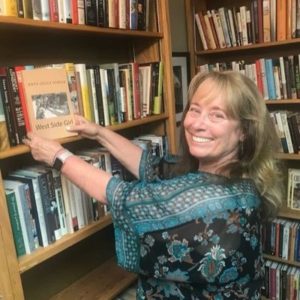 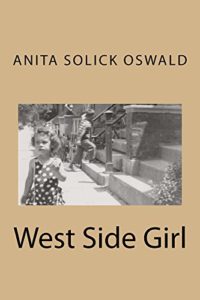 West Side Girl chronicles the colorful and oftentimes unpredictably eccentric characters and adventures of Chicago’s West Side in the 1950’s and 60’s. These visceral and nostalgic essays transport you into the world of a ragtag brigade of migrant and immigrant children finding themselves in a rapidly changing community. The daughter of a fireman and frustrated-writerturned-housewife, Anita Oswald portrays life from her family’s third-story apartment and Bohemian Madison Street restaurant with a fresh perspective. These stories of equality and nascent social justice are equal parts outrageous, insightful, funny, and touching.

What began as sharing family stories with her daughters turned into a project years in the making. Inspired by a desire to bring the family closer, this collection speaks to generations past while inviting readers of all ages and backgrounds to tap into the raucous adventures of Anita’s childhood. West Side Girl is a bridge between decades, an invitation to step into her life, and better understand your own because of it.

West Side Girl doesn’t simply tell the stories of this neighborhood, it continues the conversation and deepens real-world connections. All royalties from book sales will go to Off the Street Club, a Chicago nonprofit that supports at-risk youth. Founded in 1900, the organization serves more than 3,000 kids in one of the most dangerous neighborhoods in the country, West Garfield Park, where Anita grew up.