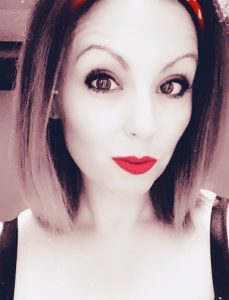 Becca Wicks is a fantasy fiction author who loves to write about medieval and eras ranging from the 10-15th century marks. Becca studied ancient history and theology through her college days as well as literary arts. She has previously published horror fiction and nonfiction in the area of substance abuse and treatment while studying Psychology. Becca has a passion for music. She started writing music when she was 15 as well as started playing multiple instruments since the age of 12. She also has been known to write song lyrics. Becca showcases her works on her website, which has all her published books and blogs. She has been published for her Psychology work in magazines and online blogs such as The Huffington Post, Shatterproof, InRecovery, and more. 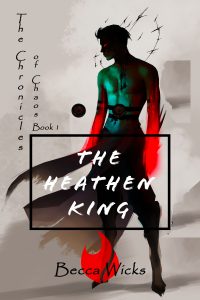 “A perfect non-typical epic fantasy adventure that is so intense it will make you blush, cry, laugh, and smile at the same time!” -S.L.B

“Heart-pounding and dramatic with a gay main character who is a total badass heartthrob for both men and women.” -P. Banley

Sebastian Drake is angsty, unruly, craves adventure, picks fights, and fancies pretty boys. A prince in a royal family with 12 other siblings he so desperately wants to escape from, he is burdened with a secret only he and his twin brother possess. Once upon a time, in the land of Erras, gods who harnessed extraordinary gifts came to the world and passed on their powers to those who they deemed worthy. Sebastian’s father, King Ivan, keeps the secrets of his twin sons’ power a secret, knowing that one day, his heirs would rule all over Erras.

When Ivan reveals his secret, the eldest of the Drake siblings, Berren, is driven mad with jealousy and hatred for his brothers and plans to eliminate the power of the gods for good with the help of an unlikely ally. He strategically tricks his brothers into his evil plot and tortures them until he assumes death, then he seats himself on the throne to rule maniacally over his kingdom. Sebastian is forced into lands long-forgotten where only the people who worship the long lost gods inhabit. He finds mentorship and love and is crowned king. With an army at his back, he now has the strength and numbers to go to war to save his family, his kingdom, and the one he loves from a life of pain and suffering while sacrificing his desire to be free of his obligations.

The Heathen King is filled with danger, magic, romance, war, adventure, and hope with twists at every turn of the tide. This dark fantasy will have you, the reader helplessly on the edge of your seat wondering what will happen next. The Heathen King is book 1 in The Chronicles of Chaos series.