Belard Tapia, author of Barbarians: Sons of the Shining Blast 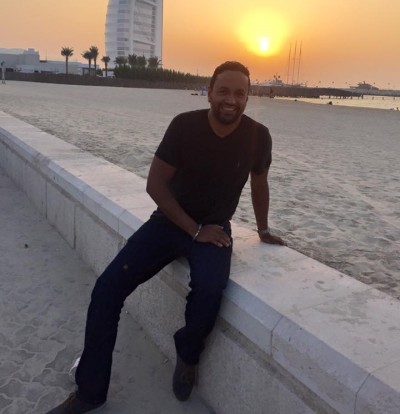 Self-Publisher’s Showcase: Today we are joined by Belard Tapia, author of Barbarians: Sons of the Shining Blast. Welcome to the Showcase Lounge, Belard. For any of our readers that haven’t come across your work previously, can you take a moment to tell us all a little about yourself and your work?

BT: well, besides what is on my showcase, I have always loved the Fantasy and the Fiction genre, and I was determined to try a cross-genre adventure that could be mind boggling and not only captive the readers imagination, but also make them feel like the story has some embedded truth, like in the myths of ancient cultures. Barbarians: Sons of the Shining Blast, will take you in our very own planet earth, to a Fantasy world that sprung from a past that regardless sounds conspiracy theory, make you think, behind this fictional story, would be some truth in it?

BT: At home, in the balcony of my apartment with sun light and an ice cold glass of ice tea.

I took a year sabbatical, but I just begin to write again and I do it on weekends because, the work-related responsibilities take a toll of my time during the week.

BT: Was three years ago, when I decided after I remind a remark from one of my uncles when I was ten years old, that said I have a lot of imagination and I should put that in some use, almost thirty years later I put aside my conventions and I said why not? And I decided that I will share my imagination with the world.

BT: My writing style is more like and experiment I’m still exploring new writing techniques that I will later apply in some new projects that I’m working on. But the one in particular that I use in Barbarians, is the flashback-flashforward technique, I got this from that TV series “Lost”, it keep readers attention while feed the curiosity to know what just happened, where has its origin?

BT: Other fantasy authors base their stories and lore, in fantasy worlds, like Westeros or Middle earth for example, but I base my saga in planet earth, but pretty much changed in the future by an unknown event. The reader can actually identify in a google earth where the action takes place, and imagine for example why New York become a Necropolis? Imagine the ruins of the one mighty city that is real, not a random kingdom but and actual place. This change the way of living fantasy to another level. And for the lore that is based in science from archaeology to Quantum physics, My goal is trying to explain the origin of what later is known by the savage tribes as “magic” and how eventually they learn that such thing do not exist and is just lost scientific knowledge from the past.

BT: Robert E. Howard, the author of Conan the Barbarian, a bit of Dan Brown’s thriller style and the ancient astronaut theory that has been written by several authors like Erich von Däniken or Zecharia Sitchin for name some.

BT: Yes one on Twitter from a British thriller author who told me, that my book was well written the story captivated his attention and it is only surpassed by the great book cover design.

BT: To release the second book in Barbarians Saga called: Raiders of the Burning Seas, and a new project which will be a fictional thriller, based on the occult and the book of revelations.

BT: Absolutely, I am glad that these self-published platforms exists, they gives the opportunity to the Indie Author to get known by many readers around the world, without the bias or filters that publishing houses or editors applied to new book proposal today. The self-publish platform let the readers to be the judges and their own reviews in the social media is the best reference if your book will be a success or not.

BT: I think it has been a fair experience, I was hoping for faster results, but at the end the writer’s business is a one in which you have to have a lot of patience and never to give up, if you are good and believe in your work the opportunity will come eventually.

BT: First read a lot, from other authors you can learn writing techniques, vocabulary, story structuring etc. Then try to make short stories they will let you see how you put into paper your imagination and how others can read it and understand what you are telling them through that story. Finally once you have done this try to write your big novel and go for the self-publishing first, the big houses will say no at the beginning until you made yourself noticeable by your own means “King by his own hands” like Conan.

BT: The Antarcticans by James Suriano.

SPS: For more information on Belard and his work, please do visit his author page here