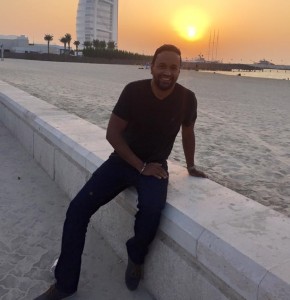 Belard Tapia is a 40 year old Indie author of eBooks with a degree in Psychology in his home country Panama and an archaeology aficionado. He travels the world and the web looking for evidence of ancient alien visitations and the cover up that exist to keep the general population away from the truth. He is a true fan of fantasy and speculative fiction being influenced in his early years by authors like Robert E. Howard with Conan the Barbarian, from which he enjoyed the description of the hero and the savage world in which he lived. Another author that influenced on him was Erich von Däniken with his books regarding ancient astronauts’ visitations that impacted our early beginnings as mankind.

Belard Tapia’s theories about the influence of extraterrestrial intelligence at the dawn of mankind and the possible dark future for humanity due to this very same forces are condense in the first of his eBook trilogy “Barbarians – Son of the Shining Blast” in his blog you will find the thin red line where the fiction meets the truth. 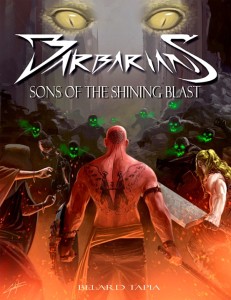 When Major Alistair McBain went into the secret underground facility in the Alaskan NORAD base that cold night of December 21, 2021 he knew he was the herald of doom…It was the end of the World as we know it. What he holds in a black metallic briefcase can do nothing to stop the forces unleashed upon Earth, but can be mankind’s last hope to prevail on the planet from a war that began 300 thousand years ago and will be decided in the future by the hand of one man.

Is the year of the Lords 2921 and mankind is now just scattered tribes that live in constant war against each other. Savagery and barbarism are the law in planet Earth that has become dangerous and hostile, where the ancient knowledge from humanity’s once golden past, it is known just by a few enlightened ones. Darius the prince of the Angelicus tribe a warrior with a dark past embarks in a perilous journey to retrieve an ancient relic from the “Old World” that his father a sage and leader of the Angelicus tribe found and was allegedly stolen by a mysterious tribe known solely as “The People of the Mist”.

Follow Darius’ adventure as he battles to retrieve the relic, he will find betrayal and love, and will end up fighting not only to save the world but also for his life as he unravels the mysteries regarding an ancient place called “The Dilmun” that holds the secret of life and death and the mysterious priesthood that wants to have a hold on this arcane power. Without knowing it, Darius carries the key to the long lost secret concealed in a riddle tattooed on his back.