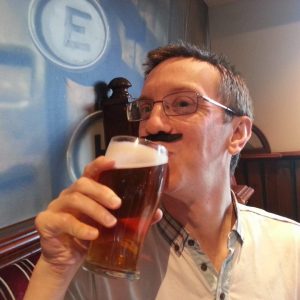 Ben Berwick was born in the 80s but moulded by the 90s. He fell on the Nintendo side of the console war and became a huge Star Trek over this time, as well as surviving school. Originally from Stevenage in Hertfordshire, Ben moved to Basildon, Essex to be with his girlfriend, who he married in 2009. Today Ben works in retail and lives with his wife and daughter. Ben’s daughter has inherited her father’s love for Nintendo, but sadly not for Liverpool FC or Formula 1 motorsport!

For a number of years, Ben would dabble with fan fiction but his interest in sci-fi was usually confined to reading, including the works of David Weber, John Gemry, John Scalzi and Peter Hamilton. On the subject of Hamilton, Ben likes to brag that he was raised in the same town as F1 superstar Lewis Hamilton, albeit they’ve never met.

The Awakening: Part One of the Chon’ith Saga (Science Fiction, Action and Adventure) 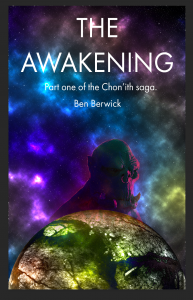 A fallen warrior finds himself exiled and shamed, but he has been enlightened. Together with a small band, he must tear down everything his kind holds dear, reshape his people – or see them utterly destroyed.