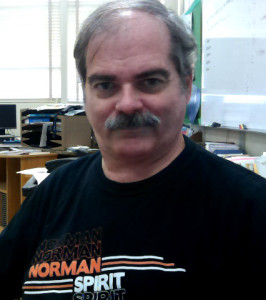 As soon as he learned to read, Bill Hiatt loved reading. Just as kids who are passionate sports fans often want to be athletes, kids who are passionate readers often want to be writers, and so it was with Bill. Though he dreamt of many career paths over the years, two remained while others came and went: teaching and writing. Fortunately for the world, there was no such thing as self-publishing when Bill was in college and writing horrendous love poetry. Luckily, he kept trying other genres, and he kept reading. He also graduated from UCLA with a degree in English and went on to pursue one of his two dreams by teaching English, mostly at the high school level, for thirty-six years.

Teaching was far more than a day job for Bill; it was his life. He had thought originally that he might be able to both teach and write, but the demands of teaching caused him to forget about writing…for a while. Then, one day Bill, trying to write an interesting grammar test, created one in narrative form, a short story about the students in that particular class. He got so wrapped up in it that he stayed up almost all night writing it. The students loved the test, demanded more like it, and scored better in grammar than any group Bill had ever taught. That experience made Bill realized that he hadn’t really abandoned being a writer; he had merely postponed it. He found time to publish a little at the end of his teaching career. Now that he is retired, all the stories accumulated somewhere in the back of his mind will finally be able to get out.

Living with Your Past Selves: Spell Weaver 1 (Fantasy/Young Adult) 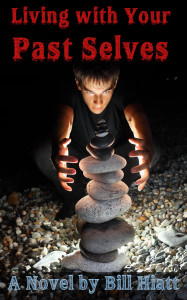 Many teenagers struggle to find their identity, but for Taliesin Weaver, that struggle has become life or death–and not just for him. Tal, as he prefers to be called, believes in reincarnation, and with good reason. When he turned 12, his mind was nearly shattered by a flood of memories, memories of his past lives, hundreds of them. Somehow, Tal managed to pull himself together and even to make good use of the lessons learned and skills developed in those previous lives. He even had the ability to work magic–literally–and there was no denying that was cool. No, his life wasn’t perfect, but he was managing.

Now, four years later, his best friend, Stan, has begun to suspect his secret, and Stan isn’t the only one. Suddenly, Tal is under attack from a mysterious enemy and under the protection of an equally mysterious friend whose agenda Tal can’t quite figure out. An apparition predicts his death. A shape shifter disguised as Stan attacks him. An old adversary starts acting like a friend. He and some other students get hurled into Annwn (the Otherworld), face Morgan Le Fay, and only just barely get back alive–and that’s just during the first month of school!

By now Tal knows he is not the only one who can work magic and certainly not the only one who can remember the past. He realizes there is something that he is not remembering, something that could save his life or end it, some reason for the attacks on him that, as they escalate, threaten not only him but everyone he loves as well. In an effort to save them, he will have to risk not only his life, but even his soul.

Echoes from My Past Lives: Spell Weaver 0, prequel (Fantasy/Young Adult) 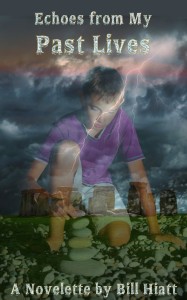 Are there worse things than going insane? Bet on it!

Coming of age can be tough under the best of circumstances, but as Tal Weaver discovers, it is even harder when you think you are going insane. Suddenly, he sees things that aren’t there, feels events, mostly painful and violent, that are not actually happening, and even hears voices no one else can. Hospitalization and treatment don’t help. Tal begins to wonder if his life will ever be normal again.

Then one of the voices in Tal’s head starts to have a conversation with him, and Tal begins to wonder if there are worse things than being insane. What if his hallucinations are actually unprecedented echoes from his past lives? And what if the only way back to a normal life is to put his trust in someone who claims to be one of his past selves? Is this stranger in Tal’s own head really a past life version of Tal? And, if he is, does he really mean to restore Tal, or to take Tal’s life for his own?

“Echoes from My Past Lives” is a prequel to Living with Your Past Selves that will keep you enthralled whether you are a fan of the previous novel or are entering the world of Tal Weaver for the first time. Either way, it’s a great read for someone wanting a quick dose of fantasy. (As a novelette, “Echoes from My Past Lives” will take an average reader about half an hour to an hour to finish.) 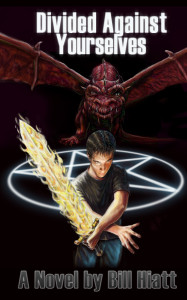 Taliesin Weaver thought that he had saved himself and his friends when he defeated the witch Ceridwen. He was wrong.
He always thought of evil as embodied in external threats that he could overcome in combat. Soon he will discover that the worst evil has been inside of him all along….

Tal’s girlfriend is in a coma for which he holds himself responsible. A close friend, suffering from a past-life memory trauma similar to Tal’s, is getting worse, not better. Morgan Le Fay is still lurking around and has an agenda Tal can’t figure out. Supernatural interruptions in his life are becoming more frequent, not less so, despite his expectations. In fact, Tal learns that something about his unique nature amplifies otherworldly forces in ways he never imagined were possible, ways that place at risk everyone close to him.

Tal and his allies must face everything from dead armies to dragons. As soon as they overcome one menace, another one is waiting for them. More people are depending on Tal than ever; he carries burdens few adults could face, let alone a sixteen-year-old like himself. Yet somehow Tal at first manages to handle everything the universe throws at him.

What Tal can’t handle is the discovery that a best friend, almost a brother, betrayed him, damaging Tal’s life beyond repair. For the first time, Tal feels a darkness within him, a darkness which he can only barely control…assuming he wants to. He’s no longer sure. Maybe there is something to be said for revenge, and even more to be said for taking what he wants. After all, he has the power… 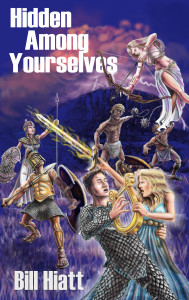 Taliesin Weaver faces more challenging mysteries than he has ever dealt with before.
Unfortunately, solving them means the difference between life and death—and not just for Tal.
He must find out why the spirit of murder is stalking the people of Santa Brigida. He must find out why a war god wants him dead. To keep a powerful enemy from going free, he must find and retrieve an ancient artifact from a realm he did not believe existed, a realm which he cannot enter, and which none of the inhabitants can leave. Along the way he must also try to figure out if one of his friends is really Alexander the Great reincarnated, how someone could be spontaneously resurrected, and whether a madman is really as mad as he seems.

As if these mysteries were not enough, Tal must also confront opponents stronger than ever, armies of them…and this time they aren’t going to take prisoners. Not only that, but another one of Tal’s friends will betray him, and in a way that will make the earlier betrayal seem like an act of kindness.

Destiny or Madness: paraquel to Hidden among Yourselves (Fantasy/Young Adult) 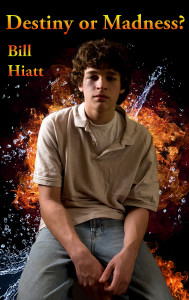 Alex is on the verge of getting what he always wanted: a chance to escape from his dull life and enter the world of Greek mythology.
Unfortunately, he also discovers the truth of the old saying, “Be careful what you wish for, because you might get it!”
Tasked by Ares, the god of war, with killing one of his fellow students, Alex questions his own sanity. That’s just the beginning of Alex’s problems, though. Now trapped in a struggle between supernatural forces he can’t begin to understand and forced to use a weapon that is really using him, Alex’s only escape may be to find the love that has eluded him his whole life.

“Destiny or Madness?” is a paraquel to Hidden among Yourselves, the third volume in the Spell Weaver series. “Destiny” has something for every fantasy lover. Don’t have time for a long fantasy but crave a quick dose? “Destiny” will take an average reader about half an hour to an hour to finish. Want a sample of the Spell Weaver series? “Destiny” will give a good idea of the feel of the series, and from there you can plunge straight into Hidden or start from Living with Your Past Selves, the first book, if you want to follow the story from the beginning. Already a fan of the Spell Weaver series? “Destiny” lets you see the world from Alex’s perspective and answers some questions about how he got himself into the lives of Taliesin Weaver and his friends in the first place. 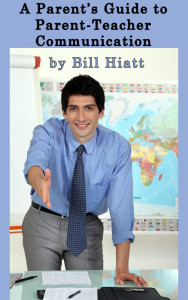 Are you a parent of a high school student? Do you feel uncomfortable or nervous about contacting teachers? Then this book is for you!
Let the simple tips in this book make you a more effective communicator!

You may never need to contact one of your son’s or daughter’s teachers, but if you really need to, you want to feel confident. The suggestions in this short booklet will help you get that confidence in about the time it would take you to watch a half-hour sitcom. Bill Hiatt, a high school teacher with thirty-four years of experience, will walk you through the whole process of parent-teacher communication and give you invaluable insights you are only likely to get from an insider.