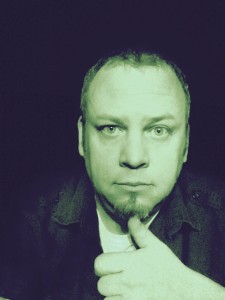 Brian Courtney is a Colorado native and self-proclaimed Iconoclast who enjoys reading and writing, the great outdoors, camping and banging his Jeep around on some nasty trails. Some of his favorite and most inspiring authors include Kerouac, Orwell and Dostoyevsky. Brian has written Op/Ed pieces, poetry, several unfinished novels, an unfinished screenplay, comedy routines for his standup comedy and of course correspondence to our elected officials. From 2006 to 2010, he spent most of his free time writing for his website, PeoplesPropaganda.com.

Off The Grid: The Catalyst (Literary Fiction) 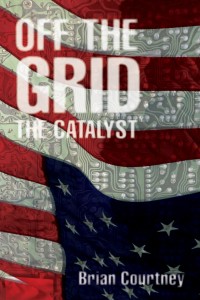 A man without a name who called himself Pan wanted something more, something better. For as long as he could remember, something or someone was calling to him, draining him, making him hungry, making him strive for more, more of everything. Living the life and pursuing the happiness, Pan lived the “American Dream”. Like so many cheerleaders, Pan worked hard to climb the ladder and he bought almost everything that “they” sold. Avoiding the questions and numbing the pain, Pan turned to drink and did drugs, he listened to loud music and had meaningless sex. He was a true consumer and a glutton until all the hedonism and all the materialism could no longer fill the void and help fulfill his life, his liberty and his pursuit of happiness.

The sports cars and white picket fences of the picturesque dream were now blurry and misshapen. His dream was shattered and the cracks revealed. Now he waits and watches and fears for the future that he knows is so near. Living in the shadows and preparing for tomorrow, he hopes that he is wrong, but knows that he is right.