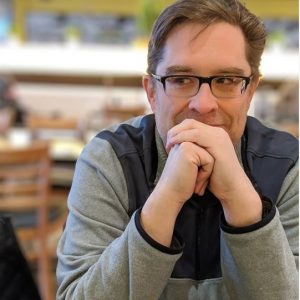 Bryan Alaspa has been writing in one form or another since he sat down at his mom’s electric typewriter in the third grade. He has been doing it professionally since 2006. Bryan is the author of more than 40 works of fiction and non-fiction. Bryan writes thrillers, horror, suspense and young adult novels in fiction. Bryan also writes on a freelance basis including press releases, website content, news, journalism, and reviews of movies, television and literature. Bryan lives in Chicago with his wife and three rescue dogs. 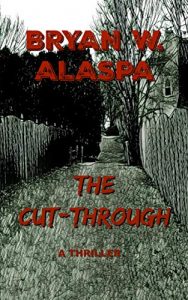 A young girl vanishes while running home from school. Just ahead of her are two friends. The cut-through path is short, fences along each side, nowhere to hide. Despite this, there is not trace of her. Two detectives are assigned the case, but from the start nothing about this disappearance is normal. It’s as if she has never existed.

Weeks later, a nude young woman appears. She claims to be the girl who vanished. She has all of the right markings and memories. But who is she? How can she be who she claims to be?

The two detectives are baffled. If the story this young woman says is true, then everything anyone has known about reality itself is wrong.

Then the true nightmare begins.

The Man From Taured (Horror, Suspense) 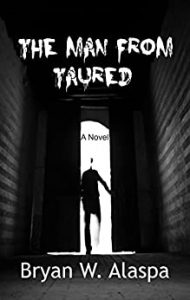 A strange man walks up to the customs counter at O’Hare International Airport. He carries a passport, driver’s license, papers, all of it looking legit. There’s just one thing that causes the customs agent to raise the alarm – the passport and license are from a country that does not, and has never, existed.

That’s the famous urban legend you may have heard before.

It was just the start of the story…

Noble Randle, working for Homeland Security, is called in to investigate. The solution, he figures, has to be something simple. What he does not know is that his life is about to change, that he has a very unique ability, and that the fate of this universe and thousands of others rests in his hands.

The walls between dimensions and parallel universes are breaking down. Behind it is an evil as old as time itself. An evil that wants to devour every other universe and gain total control over everyone and everything.

The Man from Taured is a story that ranges from horror to action, mystery, and suspense. An epic tale that wonders: is there more to this world than we know? Are there other universes, other dimensions, right nearby? Perhaps as close as a breath away. 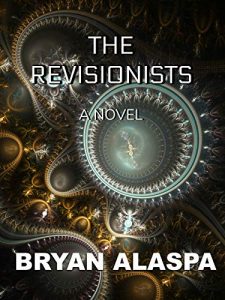 Cal Trove is one of the most powerful men on the planet. He runs the most successful technology company every built. Everyone owns a Trove phone, laptop or some other Trove technology component. Now, Trove has invited his old college friends to his Island home base to talk to them about a new piece of technology. Something which will change things.

It’s called Revision and soon the true scope of what this technology can do becomes evident. Then problems arise. Revision can change reality itself, alter history, tap into the collective conscious and unconscious to change human minds. It’s the most powerful tool anyone has invented.

And Cal Trove seems more than a little unstable.

As his friends work to find good uses for Revision, Cal’s instability grows. Dark secrets from the past bubble to the surface.

If you had the power to alter history, change the past, reshape reality, what would you change first? What would the consequences of such an action be for the rest of the world? 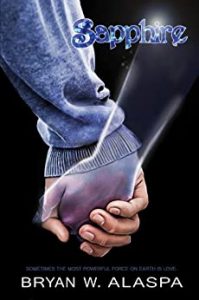 Jimmy Parker is a typical high school student. Unpopular with the girls and picked on by the boys, he’s just trying to survive long enough to escape the tiny Pennsylvanian town of Knorr. With Jimmy and his friend, George, heading to the school dance, they expect nothing but the usual ritual humiliation from their peers. But when a girl in a brilliant blue dress enters their lives at the side of a lonely old bridge…everything changes.

Her name is Sapphire, and she is the most alluring girl that Jimmy has ever met. Yet, there is something strange about her; something different. Why has he never seen her at school? Why does she only want to meet up near the bridge? And why does everybody keep warning Jimmy to stay away from her?

Before long, Jimmy is plunged into a decades-old mystery. The town of Knorr has many secrets; some held by powerful men. Men that would do anything to keep them from getting out. Something dark happened one night in Knorr, and now Jimmy is a part of it whether he likes it or not.

And Sapphire holds the key to understanding it all.

Jimmy discovers that his bond with the mysterious girl creates a unique power between them. A power that bridges time, space, and even dimensions. It is the one thing that could save them both.

Because sometimes the most powerful force on Earth is love. 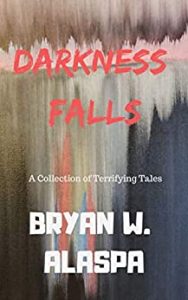 What horrors lurk when the light goes away? What terrors hide within the shadows?

A man’s obsession with winning leads him down dark paths, towards murder, and then the ultimate in terror and blood.

A woman finds a pair of sunglasses which do far more than shade her eyes from the sun. They show her the horrors lurking just out of view for all of us.

A government experiment in sleep deprivation leads to terrors for the entire world.

A bizarre discovery in the woods unveils an otherworldly horror that bites and kills.

A man and a woman visiting a small town discover a library unlike anything anyone has seen before, revealing secrets and leading to madness. 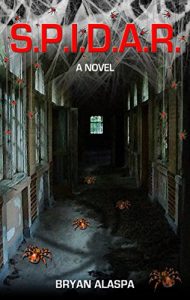 The town of Whittier is isolated in Alaska and the people all live within towers once used by the military. The tourist season is over and winter is on the way. Then a body washes up on shore. A body that says it’s from the government facility across the sound at Esther Island. With a storm coming, the citizens of Whittier have to deal with this on their own. They put the body in the basement of the towers, but their doctor wants to find out what killed this man. Was it a disease? How dangerous is it?

Then the horror begins.