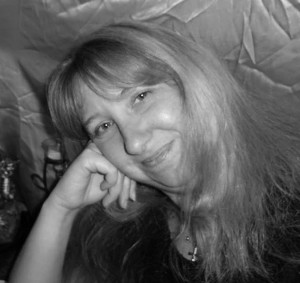 Candy O’Donnell lives in California with her best friend and husband, Jim, and their two enthused teenagers. This family also includes two happy dogs, a languid cat and an energetic cockatiel. Today, Candy writes whatever story crops up in her imagination. She composes numerous genres as a way of expressing herself fluently. 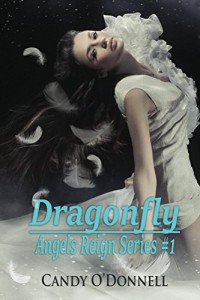 Lillian loses everything important in her life after the death of her Aunt Mir. After Mir’s passing, Lillian slowly inherited the woman’s angelic abilities. These new found talents become a beacon to the evil that is waiting to destroy her.
After Lillian met a demon named Danal, she soon realized there was a new immortal evil hunting her, along with a horrid demon known as Vengeance. How will Lillian subscribe to what she has learned about the angelic realm and fight off the evil that wants her dead? 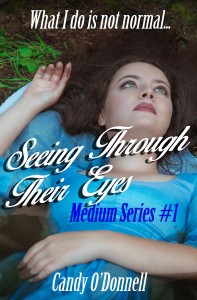 Dead people find me… and I find them.

My name is Lee. What I do is not for the faint of heart. I have this insatiable need to help those that cannot help themselves. The dead find me and I go in search of them. I am their voice. Since childhood, I have always found a way to help the dead and missing. With the help of my mother, Tabitha, she encourages me to bring closure to the dead and their families.

My occupation is strange for those that do not understand. When Sarah first came to me, all she wanted was her body found. She had been murdered and whoever killed her, moved her body and dumped it near the American River in Folsom, California. There was no remorse in what happened to her. There was only a dead girl lying in the water. This is where I come in.