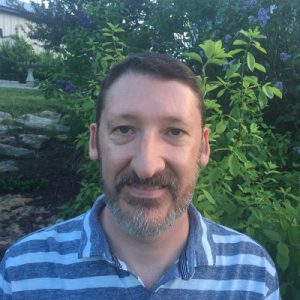 Chris L. Meyers is an author, short story writer and software developer. He spent a decade teaching secondary school and over 15 years writing software before he began writing stories. Most of the credit for his writing goes to his wife who continually encouraged him to write his stories down and publish them.

His first stories were spur-of-the-moment bedtime stories he told his children. Encouraged by the rave reviews and excessive giggling of elementary school kids, he thought he would try his hand at a novella. The story blossomed into a novel, then an entire series.

His first novel, The Bahawre Legend, was published in 2017 on CreateSpace and KDP. It began the Legends of Aeo series. The next two books were published in 2018 and 2019 with more on the way.

Long-term illness in the family plus a day job made it challenging to stay on task and get any writing done. This situation resulted in a small nonfiction book, Distraction-Free Writing, which he published in early 2018.

Being a geek, he conducts conference sessions on WordPress and the geeky side of writing. He also speaks on minimizing distractions and putting yourself in the mindset to write.

Chris lives in the Kansas City area with his wife and kids. Apart from software development and writing, he enjoys general geekery, gardening, food and tinkering with things. 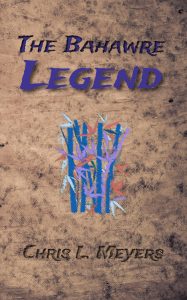 The first book in the Legends of Aeo fantasy series weaves a tale of mystery, adventure and romance. A man out of place meets a man out of time on an island that should not exist. As a result, an ancient mystery begins to unravel.

Boman has dedicated his life to the kingdom of Zille, serving as prime minister for over fifty years. The death of the king and the threat of war bring unwanted complications to the twilight of his career. When a secret mission fails and strands him on an uncharted island, will he fight to return home or accept his new fate?

As Queen Gurtie mourns her husband’s death, she finds an unexpected friend in the new general’s wife, Emma. But will this country belle adapt to palace life or become a burden?

Eyric’s enigmatic “grandfather” has asked her to learn the ropes of ruling the island. But meeting the island’s mysterious Putlag is beginning to sound dangerous. Legends of this shadow ruler abound. Are any of them true? If she chooses to proceed, will she want to forget what she discovers? 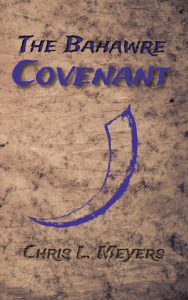 Covenants are precarious. For every gain, there is a concession.

Book 2 in the Legends of Aeo fantasy series continues the story that began in The Bahawre Legend.

A change in power is merely a reminder to others that power can be changed. Will Geoffrey keep his throne? With one assassination attempt thwarted, his path forward appears dangerous.

Eyric’s nightmares have returned. Will they affect the most important decision of her life? After watching new people react to the island, she realizes her home is even more mysterious than she believed. How much more mystery will accompany the covenant?

Boman’s life has been flipped on its head and the island is sinking its claws into him. Will he find a way home or start a new life with the Bahawre heir? 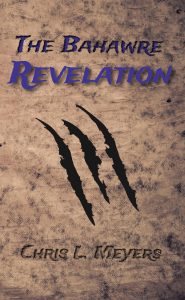 The third book in the Legends of Aeo fantasy series brings some dramatic twists.

War is coming and Putlag’s worst fear may become reality. And the dragon knows more about Boman’s declining health than he is telling.

Fend’s mission to discover the secret behind Regent Grendic’s rise to power is in jeopardy. What is Grendic after? And is there still time to stop him?

As Zille experiences more upheaval, can Geoffrey save his family? Can Emma turn tragedy into purpose?