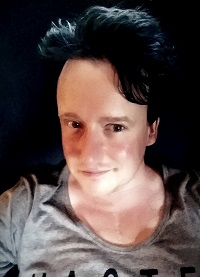 Chris Lowe is an impassioned horror/psychological thriller writer from Walsall, England. He has been writing since the age of 11 and has had numerous short stories published in independent magazines when he was younger. In 2014 he released his first book, Bezmel’s Vespiary, on Amazon which was well received. His second book, Tapeworm Slim, was released in March 2016.

A massive film lover, keen reader and lover of studying psychology, he works for the NHS in between writing his now 3rd book (a sequel to Tapeworm Slim) and he collects movie memorabilia as well as following his home town football team, Aston Villa. 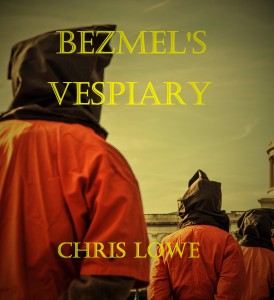 Definition -: Ves-pi-ar-y, Spell Syllables [ves-pee-er-ee], noun, 1. A nest of social wasps. In the middle of the Mojave Desert, inside a maximum security and completely classified terrorist interrogation camp, a man sits alone in a cage waiting to die. But this man is not a prisoner, he is an employee.

A few hours previous, this man was the top Agent of the C.I.A and working outside the code of the Geneva Convention for information and extraction in order to preserve American national security. But there was an incident. A mistake. An error that caused a swarm of revolution as the detainees took control. Now, alone in an acrid limbo and completely helpless, this man tries to come to terms with who he is, what he has done and what his life means as orange suited, dissociated and psychotic human wasps take their retribution and build their nest around him.

As he watches the dissolution and entropy of humanity collapse all around him, he documents his life in parallel to his plight. Piece by piece, year by year and event after sequenced event is relived in his journal whilst he fights for his life under the searing heat of the sun. This book is a terrifying, emotional and horrific journey through the psychological eye of the mind and examines the entire pathology of the human condition. This is Bezmel’s Vespiary. 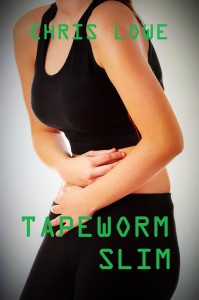 At the same time the National Health Service needs to make billions in efficiency savings, half the population of Great Britain are either overweight or clinically obese. As nobody wants to give up their lifestyle of convenience, and capitalism continues to profit from the saturated fats of processed food, something has to give.

Senior Consultant of Bariatrics, Doctor Sahara Scarseed, believes she has patented a product which will save the NHS and revolutionize the face of dieting forever. Yet the Queen Victoria Hospital have dismissed her on grounds of malpractice, due to the non-consensual tests she has performed on her patients, and have labelled her “arrogant, dangerous and incompetent”. Once the brilliantly gifted but psychologically unstable Sahara manages to acquire financial backing, from the mysterious billionaire owner of the insidious Vicovex Corporation, she is ready for the clinical trials of her new patent.

That was a month ago and there is now silence from the laboratory that both Scarseed and her human test subjects are locked inside. Just what has happened to everyone inside the monolithic medical research building called The Facility? And how far has Scarseed gone in order to get her new medication to market? Dark characters, narcissism, greed, benevolence, vengeance, saddening loss, forbidden love and the visionary brilliance of a psychotic doctor.

This story chronicles the pioneering research into a revolutionary new medication…