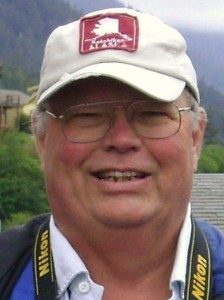 CLABE POLK is into a second career as a writer of fiction. So far, he has written four novels, three novellas, several short stories, and has a couple of other novels in process. He is a lifelong reader with a great variety of life experience.

With a background in biology and natural sciences, Mr. Polk has more than thirty-seven years in professional environmental protection program management and law enforcement.

He lives in Powder Springs, Georgia with his wife, two daughters, and the family’s Cockapoo named Annie. 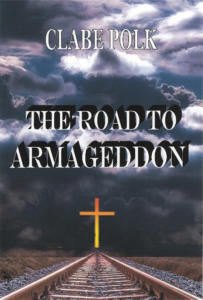 Mark Bishop has too much month left when his money runs out. Seeking relief, he opened a bank account at new bank, International Financial Services (IFS)

He never suspects that he is buying into a strategy for world domination operated by the Antichrist…or that his world is plummeting toward the War of Armageddon.

He never suspects he and his family will be homeless, hunted and have an IFS bounty on their heads.

He never suspects he and his family will endure starvation, imprisonment, slavery and natural disasters.

Or that he will lose all he has has…in order to gain the only thing that counts.

Mark and his family are victims.

Can they rise to become victors? 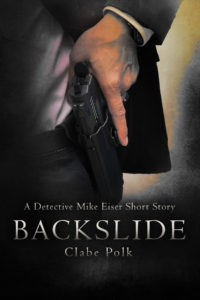 Detective Mike Eiser is a conscientious small town cop. He takes he takes his friends and neighbors to heart. So when Mike’s partner and mentor, Charlie Bozeman is killed by a sniper right in front of Mike’s eyes, in a town that hasn’t had a murder in years, Mike needs to find the killer fast. The evidence points to a trained military or law enforcement sniper. Eiser’s boss, Sheriff Glenn Glassman is a trained sniper – could he be the killer? Or is there a corrupt conspiracy designed to make Mike Eiser a victim too? 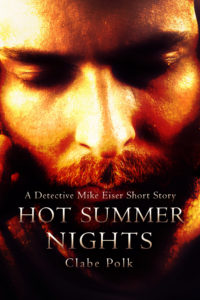 Lonnie Rafferty has problems. He is mentally and emotionally challenged; and he worships his big brother, Everett, his guardian and caregiver. He also has a compulsion he can’t control.
Everett Rafferty is a real estate agent, Sunday School teacher and pillar of the community; except that Everett has a few imperfections too. Everett is so wrapped up in his business that he would stop at nothing to make money, including using his brother’s compulsion.
Sheriff Glenn Glassman assigns Detective Mike Eiser to find out why houses burn seemingly without reason in the poorest section of town. Eiser, working with, Donna Miley, a beautiful and talented Fire Marshall’s Office investigator and an equally talented accelerant-sniffing canine begins looking for insurance fraud. What he finds shocks both him and the town! 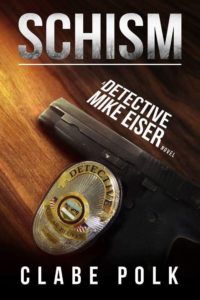 Kat Thomas thought she left gang violence behind in Atlanta when she fled to Poplar Bluffs. Now, eleven years later, the man who killed her son Quinton’s father has returned…and he wants Quinton for his gang The Raven Claws.
And he’s willing to go to any lengths to get him.
A criminal’s criminal, Milton “Mad Dog” Lincoln is a man even the cops fear. All except Detective Mike Eiser who’s seen Mad Dog’s kind before. It’s up to Eiser to protect Quinton.
But Mad Dog has an agenda. He undertakes a campaign of intimidation aimed at Quinton in which his friends and family are targets; and an agenda double-crossing his crooked gun-running Federal management team. Eiser, faced with stopping Mad Dog’s agenda, must accept vigilante help in the face of a pending four way gunfight with Mag Dog and his associates…and Kat, whose faith in men has been permanently destroyed, is determined that Mad Dog Lincoln will not win. Can Eiser and Kat Thomas together defeat Mad Dog Lincoln and the Raven Claws? Or will Mad Dog destroy Kat, Quinton and everyone around them?
Nothing prepares you for Mad Dog’s final play …or its consequences…and Kat’s left with something to help restore her faith. 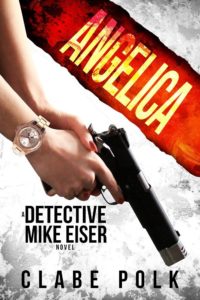 As a runaway at seventeen, Las Vegas topless dancer, a magician’s assistant, a high-dollar call girl and eventually the wife of the top enforcer for the Las Vegas Scarpone crime syndicate, Angelica did everything possible to survive. After her husband’s death, she fled back to Georgia fearing for her safety and that of her son.
Now, eleven years later, she is a solid citizen of Poplar Bluffs with a thriving business and a talented son who appears destined for a major university baseball scholarship.
Antonio Scarpone, her husband’s former boss, is facing a federal trial on multiple racketeering indictments. In the face of advancing age, his world is crumbling around him. Amid the wreckage, his greatest obsession is Angelica’s death. Not because of her testimony but he has slipped from sanity into paranoid obsession. He will sacrifice himself and his whole organization to kill one woman before his trial begins.
Angelica’s determination to survive and two men stand between her and Scarpone’s obsession. Detective Mike Eiser, a local cop determined that she will not die on his watch; and Danny Salzano, the first assassin assigned by Scarpone, to whom Angelica has become the last ray of hope after the death of his family.
But, Scarpone is willing to sacrifice himself and everyone around him. Can the three of them stand against Scarpone’s obsession? 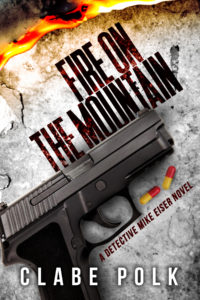 Peter Stanwick did one thing wrong; he got killed.

The dead ‘cook’ for Jack Haven’s crank operation was found with Susan Haven’s, Jack’s wife’s, cross and its broken chain, in his pocket. How did it get there? Mike Eiser needs to know.

Jack Haven’s lab where Stanwick worked is torched. Susan Haven is beaten severely; and then, Jack Haven dies in a traffic accident. Was it an accident, or murder? Who burned the lab and why? Who assaulted Susan? Mike Eiser needs to know.

According to DEA, one or more sources of methamphetamines in Jericho County remain unfound. Will Eiser’s murder investigation point the way?

The Havens are a family of bootleggers whose history stretches back to reconstruction. They have progressed from bootlegging moonshine whiskey to growing and distributing marijuana, and now, Jack and Jason Haven produce and distribute crank. However, tensions between family members threaten to destroy the Haven family from within. Have those tensions exploded? Mike Eiser needs to know.

Can Mike Eiser, his girlfriend, Arson Investigator Donna Miley, and his partner Malcom “Mini” Moore sort out the Haven family’s entangled motives and wade through piles of twisted and confused evidence to solve multiple murders? 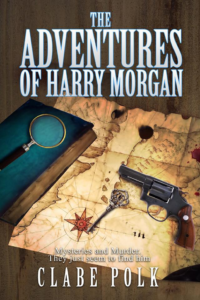 The Adventures of Harry Morgan, Volume 1, is a collection of three fast-paced crime action novellas encompassing robbery, murder, and human trafficking and featuring Harry Morgan, an aging adventurer who attracts trouble like a magnet.

Collegial Conspiracy: An old friend, dying of cancer, has a last request for Harry: “Help me rob a bank.” Against his own better judgment, Harry risks everything – his life, his liberty, even his marriage – to keep a promise to his old friend. And then things really start to get complicated when his friend’s son, Tony, gets involved.

Emilio: What drove Tony to robbery . . . or worse? After Tony gets involved with a drug-addicted college girl, she commits suicide. But what if it was more than that? What if it was murder? Harry finds himself playing detective, smack dab in the middle of an investigation that rubs up against the bank robbery he committed and is working so hard to forget. Can he solve the mystery and get away clean?

The Pirates of Cayo Pelau: Harry’s heard all the stories of modern-day pirates along the Florida coast, but that’s never slowed him down. As he teaches his friends to sail in his new boat, he expects mosquitoes and sand gnats . . . but he never expected to stumble onto a slave ring. Now he has to free the captives, put the slave smugglers out of business, and rescue his friends…before it’s too late. 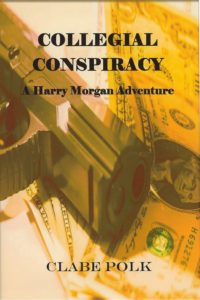 An old friend, Wiley Middleton, who dying of cancer asks Harry to help him with his bucket list.
“Help me rob a bank!”
Not just any bank. The bank Harry has done business with for years.
Not just any robbery. A robbery with style just like Bonnie and Clyde would have done it.

Against his own better judgement Harry risks everything – his life, his liberty, even his marriage – to keep a promise to his old friend. He begins preparing his friend for a bank robbery…with frustrating results.

And, when Wiley’s son, Tony, gets involved, things really get out of hand! 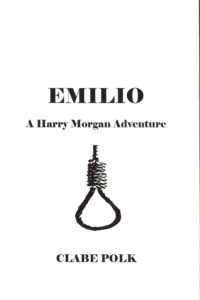 Tony Middleton has been left to dangle facing extortion and manslaughter charges in Oregon. He has no defense attorney until his mother, Amanda Middleton, has a change of heart. Enlisting the aid of Harry and Jean Morgan, Amanda teams with defense attorney Martin Blaine to push a defense investigation into the allegations against Tony. With help from Detective Sergeant Roy Anderson, Harry Morgan identifies evidence showing events may not have occurred the way they initially appeared. What they find is that murder has leaked through the net of routine police procedure. The result is heartbreaking beyond anything they could have imagined. A few animals kill their young; but when do human families become stone cold murderers? 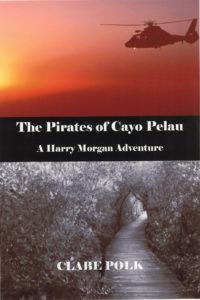 Harry Morgan, known as “Captain Loggerhead” to his friends loves to sail. When he’s not sailing he’s regaling his friends with tales of pirates alleged to have sailed the Florida coast. When Harry buys a new sailboat, he teaches his friends to sail, filling them with tales of the treasure of the pirate Jose Gaspar and then, invites them on a sailing vacation to explore the islands Jose Gaspar once roamed.
When instead of pirate treasure, Harry and his buddies encounter real human slave traffickers, with real captives, protected by real corruption they are faced with a dilemma; gamble their lives to free the captives and put the pirates out of business or report it to the police and walk away.
But reporting it to the local police is not an option.
With their lives and their freedom at stake they find they must rely on the Coast Guard and the FBI to help them.
But will they arrive in time? 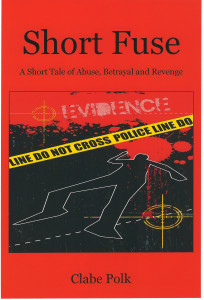 Ken Handly abuses women; and everyone else in his life. He abuses not physically, but mentally and emotionally. He has had whole string of illicit love affairs fueled by his own self-importance. Besides, his lovers, he abuses everyone he works with. His intelligent, attractive wife is sick of the embarrassment of Ken’s behavior. The only person not sick of Ken is Ken; he loves himself.
When Ken consults an astrologer to ask why his life isn’t working out the way he planned it, he is warned that his behavior could lead others to react violently toward him. Ignoring the astrologer like he ignored most other people, he never saw what hit him. 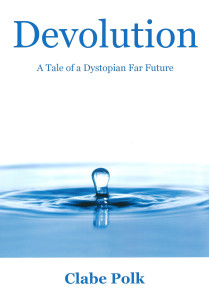 Derek 100771 lives in a far future world where the human population has long exceeded the ability of the Earth to support it. Derek is a person who needs human contact and communication in a world where human interaction is controlled by computers and even sex is virtual. But Derek is a rebel. He is willing to risk correction and attitude adjustment, even recycling in order to maintain a little human contact. He is even willing to risk the fear and animosity of his virtual female companion in order to dream.

In Derek’s time disease and unexpected death have been eradicated and births must be supported one to one by deaths; life is lived exclusively to support the lives of the whole. And then an accident occurs that changes everything!