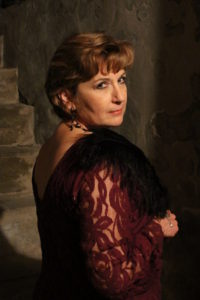 Claire writes in multiple genres, including of contemporary romance, supernatural suspense, and women’s fiction. She also writes Author Resource guide books, and presents seminars on writing craft and marketing. Although she began as a strictly a romance writer, her books have transcended this genre. A recent comment from an editor/publisher referred to her upcoming supernatural suspense as “Dan Brown meets Tracey Chevalier.”

Although she has been published with four small publishers, her self-published titles have enjoyed the most enthusiastic reception. Her first in the Love at Lake George series, A Taming Season, was a finalist in the 2017 HOLT Medallion Awards. The Phoenix Syndrome, her women’s fiction, won the FCRWA’s The Beacon Contest in 2014 before it was even published. It then went on to the finals of the 2017 National Reader’s Choice Awards. Her supernatural suspense, Hearts Unloched, won the 2016 New York Book Festival, multiple cover awards, and went on to final in the 2017 RONE Awards.

Claire seeks to write novels she loves to read, taking the reader on an intense, emotional roller-coaster ride to a satisfying ending—ones they read through smiling tears. Always intrigued by the paranormal, Claire’s supernatural suspense series, Haunted Voices, combines the elements of the classic gothic novel with the modern mystery, always woven around a love story between two modern-day characters.

After receiving her MFA in creative writing from Lesley University, Claire went on to achieve a certificate in Parapsychology from Duke University’s Rhine Research Center for paranormal studies. She takes research very seriously to ensure the reader a fact-based, totally believable journey into her fictional worlds. She also loves history, and utilizes snippets of obscure or mysterious history on which to build her plots.

A New York native, Claire has lived in five of the United States and held a variety of jobs, from waitress to bridal designer to research technician—but loves being an author best. She and her happily-ever-after hero, her husband of 38 years, now live in central Massachusetts.

The Road to Publication: An Author Resource Guide (Non-Fiction) 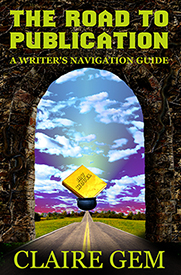 “This is the book I wish I could have found at the very start of my career as a novelist.”

The multi-faceted, complex, and somewhat mysterious world of the publishing industry can quickly turn into a maze, ensnaring aspiring or new authors within the twisting alleys of its labyrinth.

Multi-published, award winning author Claire Gem spent the first five years of her career floundering, wandering through a tangled jungle without a guide. In “The Road the Publication,” Ms. Gem takes charge and assumes the duty of cartographer—map-maker for the aspiring author.

You know your goal, right? You want to publish your book. Ms. Gem provides a comprehensive, entertaining tour of the publishing industry and its many facets. It’s then up to you decide which route you’re willing to take to reach your pot of gold—your published novel at the end of “The Road to Publication.”

The Haunted Voices Books are Stand-alones and do not have to be read in order. 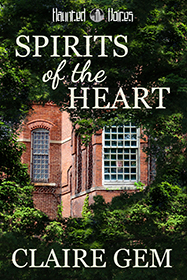 An addiction counselor and a security guard struggle to free a little girl and her father, two lost spirits trapped inside an abandoned mental asylum.

Addiction counselor Laura Horton returns from college to move in with an old friend and start her career. But her homecoming is jarring. Her friend moves out, leaving Laura alone with the gorgeous but intimidating ex-boyfriend–in a house that snugs up to an ancient graveyard.

Officer Miller Stanford is a man with a shattered past. His alcoholic dad destroyed their family, a weakness Miller is terrified will consume him too. The last thing he needs is a sexy, blonde addiction counselor watching his every move. When he begins to see specters in the dark, he starts questioning his own stability.

But Laura sees her too–a pathetic child-spirit searching for her father. Then Laura starts digging into old asylum records . . . Can Miller and Laura uncover the secrets of Talcott Hall without jeopardizing their love–and lives–in the process? 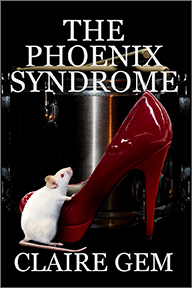 Turning forty, for Lannie Marvin, is rough. It’s the day she discovers her husband is leaving her for a younger “soulmate.” At work, a crazed mouse being treated with an experimental drug brutally bites her. Then, Lannie goes a little crazy, too.

Seems she’s recently developed a serious crush on the drummer of her son’s favorite heavy metal band. Waking up to her husband’s empty closet, her finger still throbbing from the mouse bite, Lannie snaps. Under the ruse of a shopping trip, Lannie kidnaps her sister-in-law/best friend, and heads toward Bethel, New York – the site of the original Woodstock concert.
Just so happens Dreamwish is playing a concert there, and Lannie managed to procure the pair of tickets her son won but couldn’t use.

Tristan Allard, the band’s drummer, holds this benefit every year in memory of his wife, whom he lost to breast cancer. The musician is beginning to doubt his ability to write the band’s music without his wife’s inspiration – she was also his muse. Plus, he’s damn lonely. So when a sexually charged, extremely attractive, slightly older woman literally plows into him at the backstage reception, Tristan is ready to learn more about her – and her long-buried interest in musical composition.

The two head off for a wild ride of a weekend, but reality boomerangs around way too soon. Tristan is headed to the UK to audition his next album’s scores. And an elevated libido isn’t the only side-effect of that experimental drug.

To her horror, Lannie soon discovers the treated mice are going deaf.

A Taming Season: Book One, The Love at Lake George Series (Contemporary Romance)

This is a series of standalones and the books do not have to be read in order. 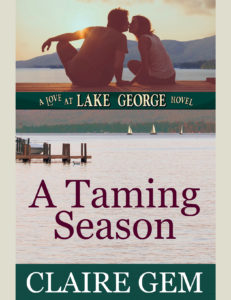 Manhattan domestic violence counselor Zoe Anderson is going on the most important vacation of her life.

Before she can move on, help other women, Zoe needs to heal herself. Her Cinderella life shattered three years ago one fateful night, leaving her a young widow, scarred inside and out. In an attempt to reclaim her life, bury her demons, and save her job, Zoe sets out for picturesque Lake George to claim the treasured family cottage she recently inherited. The place where she found happiness–before. Reboot, restore to an earlier time.

What she finds is a rundown shack.

The neighboring resort mogul, Jason Rolland, whisks in to her rescue, insisting Zoe stay at his upscale Lakeview Lodge. The wealthy, handsome, star of his own radio show, Jason’s Lair, he’s a terminal bachelor. But Jason figures he might use the gifts God gave him to convince the sexy redheaded stranger to give up the crumbling eye-sore next door. A challenge he’s definitely up for. He’s been trying to buy the cabin–and demolish it–for years: the last reminder of his own tragic, childhood memories.

Zoe can’t deny her attraction to the tall, dark-haired Jason with his pool-water blue eyes. Definitely fling material–if she can just get past those flashbacks from the night everything changed. And the knowledge that when it comes to happy-ever-after, you usually don’t get a second chance. Hardly possible with the Tiger of Jason’s Lair.

What Jason doesn’t figure on is Zoe’s charms melting his emotional armor. But with his reputation, can he ever win her heart? Can a tiger really change his stripes? Or will their pasts come back to bite them both? 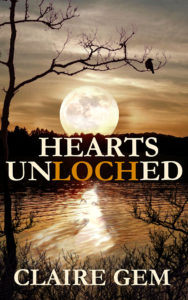 A psychic interior designer reluctantly agrees to renovate a sexy investor’s abandoned hotel on Loch Sheldrake, a lake rumored to have once been the mob’s body dumping ground.

Interior designer Kate Bardach loves her single girl’s lifestyle, living in Manhattan and spending weekends at her lake house. She’s passionate about her career, too–reinventing old buildings. But there are some projects she can’t take on because of the spirits trapped inside. Kate is psychic–she sees dead people.

Marco Lareci is one of Wall Street’s most successful investment brokers who’s achieved all of his life’s goals–except for finding his soulmate. His latest project, an abandoned resort on Loch Sheldrake, needs a savvy designer to transform the crumbling complex into a boutique hotel. When Marco meets Kate, he can’t believe his luck. She’s the perfect match for his business and his heart.

Marco’s body excites Kate even more than does his renovation project. But he wants more than a casual relationship, and she’s not willing to give up her freedom. Plus, the haunting at Marco’s resort, a bonafide poltergeist, affects her on an intensely personal level. Kate’s aunt disappeared from the place fifty years ago.

Will the spirit doom Kate and Marco’s love, or drive them closer together?