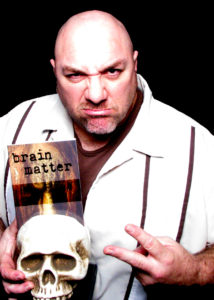 It was Henry Kuttner’s 1936 short story, “The Graveyard Rats”, that heavily influenced Clive Carpenter’s desire to write horror. Since the age of 16, no other horror story he has ever read has scared him or given him such a feeling of dread and helplessness as Kuttner’s claustrophobic tale of terror, and he has dedicated his life to finding that one story within himself capable of recreating that feeling in his own readers.

Since 2015, he has published 3 books with several more on the way. Clive’s stories and writing style can be quick and brutal and fans of his work appreciate the fact that he doesn’t waste time with a lot of descriptive wordage.

Clive’s emotionally disturbing short story, “Confession”, has been highly praised and has won several awards. It has been dubbed “the darkest story ever published” on Deadman’s Tome, an E-zine dedicated to horror. Ghostlight: The Magazine of Terror, has called his work “Spellbinding & quite horrifying”. Best selling horror author Wesley Thomas has described his storytelling as “Unnerving & downright brutal”. The horror website, Splats of Blood, has given his writing “7 out of 10 Splats of Blood”.

Clive writes his best horror when he’s angry and enjoys telling people that if they really make him mad, he won’t get even… he’ll just skin them alive in his next story. So, it is possible that some of the names or characters in his stories are based upon actual people… but we ain’t sayin’.

Clive was born in Louisiana where he grew up in the 80’s and he only listens to 80’s music, which is usually blasting while he’s writing. He currently resides in a little town just outside of Detroit, Michigan. 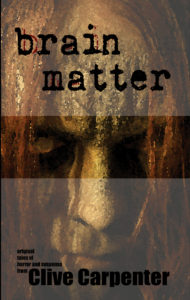 A 5-star collection of 6 original horror and suspense tales with a little something for everyone. From werewolves and grim reapers to walking corpses and heartless psychopaths, this short story collection explores a wide range of content in the horror genre.

– “Confession” – an award-winning story of a newspaper reporter who visits a dying old woman in a nursing home to chronicle her life’s story, only to learn that she has been harboring a gruesome secret for almost six decades.
– “Lunatic” – a man wakes up in a morgue surrounded by the mutilated bodies of a group of campers and has no idea how he got there.
– “The Defiant Seed” – unable to sleep or write on a stormy night, a young author discovers a terrifying and deadly secret about his next-door neighbors after spying on them.

These stories and more await you in Clive’s first collection of horror tales. 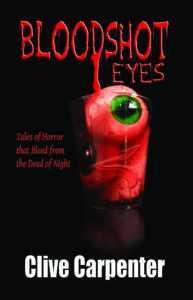 Clive’s imagination is back for revenge in this second collection of 9 tales of terror and dread that include murder, monsters, and the supernatural.

-“La Piedra Maya” – A stone from an ancient Mayan temple has a deadly surprise in store for the woman who stole it.
-“Scritching” – A camper is awakened when his tent is invaded by creatures so creepy they will make your skin crawl.
-“The Thing in the Hall” – A man wakes up in the middle of the night to find a blood-thirsty creature standing at his bedroom door.
-“Beneath the Clubhouse” – Two bullied teenagers get a late-night visit from their tormentor.
-“L-239” – The owner of a popular burger joint uses a rented storage unit as a slaughterhouse for fresh meat.
-“I Know What You’ve Done” – A gang of street punks is given a taste of their own medicine by the merciless Krampus on Christmas Eve.
-“Curiosity is a Sick Bitch” – A restaurant employee makes a grim discovery in a back alley dumpster.
-“Lanna”- While caring for his disabled wife, an old man endures her endless abuse.
-“I Watch Candice” – A man watches his former lover through a mirror in her bedroom. 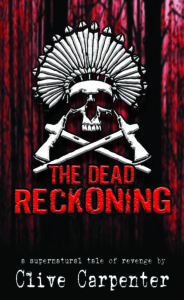 In 1881, notorious outlaw Seth Granger and his gang, Granger’s Dozen, have been murdering and looting deep in the heart of southern Louisiana for several years. Their extortion efforts have been paying off in the form of “protection fees” from local homesteaders, small businesses, and churches. But when Red Bear, the chief of a peaceful Choctaw village, refuses to give in to their demands, Seth orders the slaughter of the entire community – men, women, and children – and after finding a cache of gold coins, they ride off with their prize.

Fearing an uprising by local tribes if news of the slaughter gets around, the Governor hires “Chess” Jamison, a former U.S. Marshal-turned-bounty hunter, to track down Seth and bring him to justice to face his crime against the Choctaw people. Chess sets out and is soon hot on the trail of Granger’s Dozen deep in the steamy swamps and woodlands of the Mississippi Delta.

But what nobody knows is that there was a survivor from the Choctaw village attack: Tall Feathers, the village shaman. Using an ancient and long forgotten incantation called The Dead Reckoning, he raises Red Bear and his warriors from the dead and orders them to bring back the scalps of Granger and his men.

Will Chess reach Granger and score his big payday before the long arm of Red Bear’s justice gets to him first?

*The Dead Reckoning is an adaptation of a feature-length screenplay of the same title.