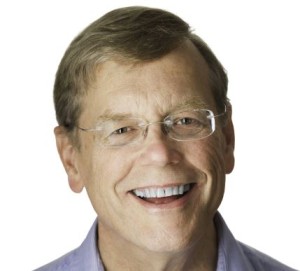 Dave began writing seriously in the 1960s while attending Bates College in Lewiston, Maine. He majored in English Literature. During his junior year, he studied Shakespeare and English poets at Oxford University and travelled throughout Europe (including a trip to Russia in 1963). He wrote a travel journal when he returned to Bates for his senior thesis project.

Graduating in 1968, Riese enlisted in the Air Force one step ahead of his draft board’s invitation to join the army and travel to Vietnam. He married his high school sweetheart while on leave before flying out to Clark Air Base in the Philippines.

After the Air Force, he began working in Information Technology at various insurance and financial services companies in the Boston area. He continued writing short stories, completed a novel, and wrote a screenplay (and published nothing). He admits he wasn’t disciplined enough to write regularly over the next four decades. A job, a house, and raising two children took all his energy.

After 35 years in computer programming and database design, he retired from Massachusetts Financial Services in the spring of 2012. At that time, he sat himself down and had a long talk. “If you want to publish a book, you’d better take writing seriously.”

He and his wife moved north of Boston in 1974. Their daughter lives in Ireland with her husband. Their son and his wife are pediatricians in Rhode Island. They have four grandchildren.

Echo from Mount Royal is his first novel, published in 2015. Short stories will be published later in 2016. 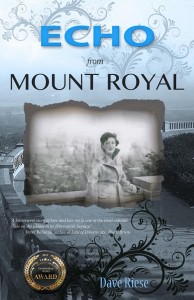 AN 18-YEAR-OLD GIRL FALLS IN LOVE WITH A HANDSOME, WEALTHY MAN. HER LIFE IS PERFECT…
EXCEPT HIS FAMILY HATES HER!

Montreal, 1951. Rebecca Wiseman, 18 years old, from a Catholic-Jewish family, lives with her parents in Outremont. At a local dance, she briefly meets a handsome young man, but has little hope of seeing him again. When Sol Gottesman tracks her down and asks her on a date, her joy mingles with disbelief when she learns he is the son of a wealthy Westmount businessman.

When Sol takes her in a chauffeured Rolls-Royce to the most expensive restaurant in the city, Rebecca enters a world of upper-class wealth and privilege unknown in her working-class family. Despite the usual bumps in any relationship, Rebecca believes her life is perfect.

She soon learns that despite Sol’s outward charm, he lacks self-confidence. On a visit to Mount Royal overlooking the city, Sol reveals the simmering conflicts in his family and his fears that his brother plans to drive him out of the family business. Rebecca loves Sol and wants to protect him, but helping Sol stand up to his family, puts her squarely in the midst of it all.