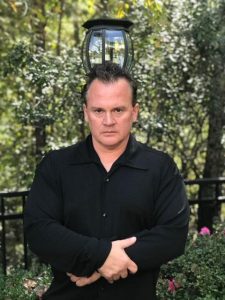 David Chylde realized one day after reading slews of New York based novels that he could fuse supernatural ideas with the Atlanta urban setting. He always wanted to be a rock singer so writing about Jake Reece was like role playing in a fiction form. He threw in the dark world of magic, night clubs, and adult entertainment for an engrossing read that sends you on a tour of the underworld of Atlanta. 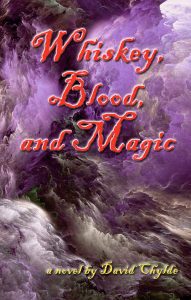 The resurfacing of old addictions becomes the least of rock singer Jake Reece’s problems when he finds himself demon bound to an amulet and chased by a succubus befitting a gothic fairy tale—or nightmare. She wants his body and magic to defeat this demon in a spurned angel’s game of retribution. She’s even sent a clan of Darkened rogues after him that wants the mystical piece worse than she. The dashing fop has an entourage of sexy stripper Casters led by Marci Stone on his side, but saving him isn’t the only problem.

A dangerous magic sex drug called “Bacchus” is running riot in Atlanta. Detective Fred Waters of the Fulton County Paranormal Division calls on Marci in the belief that the drug is connected to the murderous clan. Now Jake and sensational girl trio must quell a potential catastrophe while they seek out the succubus leading these marauders. Still, if they do trounce the succubus and her minions, can Jake face that a fallen angel has made him the Keeper of the amulet for all time?

This darkly sexual novel will take you through the night club and strip bar scene of Atlanta and into the rolling hills of rural Georgia. The main character is an outrageous foppish singer surrounded by dazzling strippers and a colorful cast of misfit regulars at the bar Medusa’s where he works. The nemesis Ariel Celique is a nefarious beauty who is both queen and prisoner of her gothic mansion fantasy world. The story flies in the face of traditional novels about the South, flaunting the dark side of Atlanta. While David Chylde does employ elements of Southern flare, this is no mere effort to be the Faulkner of urban fantasy.