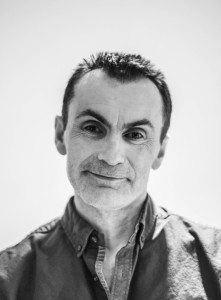 David Simson’s ambition had always been to write a book.

The seed was sown at school where English language was always his favourite subject. He used to love being given the first line of an essay as homework and having to write a story off the back of it. It’s no coincidence that his favourite subject was also the one in which he achieved his best grades when he left school at sixteen.

David started writing Jewel Agenda a few years ago but for various reason he never finished it. The spark to pick it up and finish it was a personal loss a couple of years ago. David found the escapism of writing it extremely therapeutic and once he’d started from where he’d left off, the story flowed and the characters developed.

During the late 1980’s and early 1990’s David travelled all over the world and actually lived in Australia for a period – initially in Melbourne and then Sydney. While there, he travelled extensively around Australia and he has visited all of the locations referred to in Jewel Agenda.

David is now writing the second novel in the Harder Than Blood trilogy. 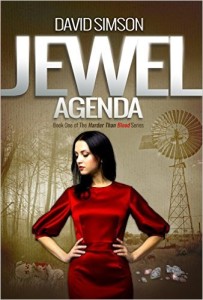 In northern France, Jennifer Turner’s husband and three-year-old son are brutally murdered in front of her.

Was it a random attack?
Or was it planned?

When she is discovered by a lone motorcyclist, the question is:

Why was she left alive?

The French police, working with Australian and British police forces, soon unearth a contract killing originating in Australia, with motives for the crime ranging from grand theft, betrayal and murder stretching back to the 1960’s. International police cooperation slowly reveals the elusive intentions behind the crime and eventually succeeds in catching the perpetrators – with the exception of one.

The evasive killer disappears to a country they call home, but as a wanted person unable to cross borders freely, they feel increasingly trapped knowing they are being hunted by international police forces, as well as those with their own personal agenda.