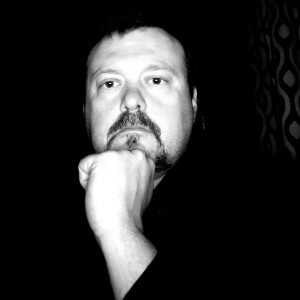 David Vorhees joined the U.S. Navy after graduating Lima Central Catholic. Following his military service, he attended the University of Northwestern Ohio for Automotive business. He worked various factory jobs and attended the University of Phoenix online for a degree in arts with a focus in journalism. He recently worked for the Wapakoneta Daily News as a reporter/photographer/paginator.

He is the father of five and grandfather of five. He has always been interested in the occult and the scarier side of life. He loves history and the supernatural and truly believes there is nothing better than a good story.

The Feast: And other Horrifying Tales (Horror, Short Stories) 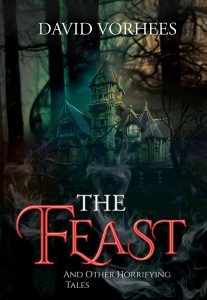 A collection of short stories that take place on different holidays over the course of the year.

The collection opens with “A New Year, a New Day, a New Life.” Grant Curtis is arrested on New Year’s Day and charged with the murder of his wife Carla.

In “Easter: The Resurrection,” a resurrected Kyle Gardner seeks vengeance on Pastor Brian.

“The Vengeance of Cassidy Clay” is a narrative poem that takes place on Halloween. The poem tells the story of a slave-hunter who haunts the woods long after his death.

…and many more spine-chilling tales.

“Through his grim, brilliantly audacious, and gorgeously illustrated tales, David Vorhees has proven to be the best we have in this genre.” – Gud Reader.

“David Vorhees’ very clever idea for an anthology is both mesmerizing and difficult to put down.” – Bookgirl86.

“Fans of macabre and gruesome horror will really enjoy this collection.” – Kari.

“This was everything that a horror anthology should be! Clever, thrilling, and scary.” – Gracie.

“This was dark fiction done right in my opinion.” – Sarah.