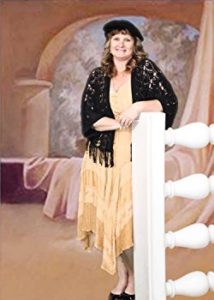 Dr. Dawn Menge has won thirty-one national awards as a self-published author of the Queen Vernita’s Educational Series. Her published works also include: THE SIX FEDERAL INDIVIDUAL EDUCATION PLAN GOALS AND THE EFFECTIVENESS OF THEIR IMPLEMENTATION IN PREPARING FOR TRANSITION.
Dr. Dawn Menge has a PHD in Education. She specialized in Curriculum and Instruction. A Master’s and a Clear Credential in moderate/severe disabilities and a Bachelor’s in Human Development. Dr. Dawn Menge has been teaching severely handicapped students for sixteen years.
Dr. Dawn Menge is the mother of three and the grandmother of five beautiful grandchildren. 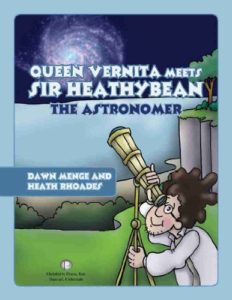 Sir HeathyBean spends twelve informative months in Queen Vernitas castle in the land of Oceaneers. His visit along with Cora the Teacher is centered on learning everything they can about the solar system. 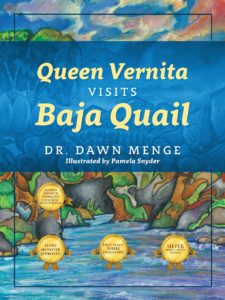 Queen Vernita of Oceaneer rings in the New Year by reflecting on her past adventures, expressing gratitude for her many friends, and wondering what the coming months will bring. She does not have to wait long to find out; before the clock strikes twelve Vernita already has a slew of invitations to visit the Land of Quail. What follows is a whirlwind of sun, sand, and as always, endless opportunities for learning. Indeed, Queen Vernita Visits Baja Quail may be the most exciting installment of Dawn Menge’s award-winning series. The journey begins with her friend Julianna. She and Vernita spend the month of January learning about dolphins …where they live, how they eat and play, even the origins of the word. Vernita gets to swim with these gentle creatures and experience firsthand their gracefulness and intelligence. In February, it’s off to visit her friend Michelle to learn about Grunion, the silvery fish that play in the moonlight. In March, David takes her horseback riding in the mountains and rafting on the Rio Bravo Del Norte, and in April, her pal Morales takes her walking on the shoreline so she can see the lovely flowers blooming there. Morales explains that the river has many different names, depending on which culture is referring to it. She also learns that the Rio Bravo was formed millions of years ago and used to be travelled by steamboats. For the rest of the year, Vernita wanders through this magical land, learning about regional dances, the Spanish language, German cuisine, monk seals and … most exciting of all … the recently discovered Chrystal Cave. But for Vernita, December is the most special month of all; she spends it travelling with Claudia and Boot, a service dog that cheers up the elderly and people with physical challenges. As all of Dawn Menge’s books, Queen Vernita Visits Baja Quail teaches children much more than facts and figures; it also imparts valuable life lessons. Vernita leads by example, showing respect and admiration for others. 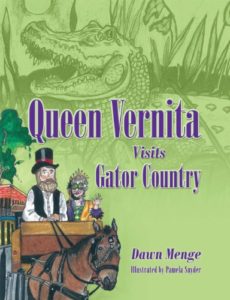 Have you ever seen a white alligator or held a baby alligator in your hand?

Queen Vernita continues her adventures in the deep south. She learns all about the plantations, how the slaves lived, jazz, the Bayou and even holds a baby alligator. 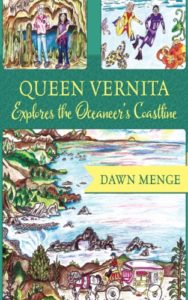 Do you know what a Stalagmite and a Stalactite is?

Queen Vernita and Carl take a coach trip up Oceaneers majestic coast. They learn what a Stalagmite and Stalactite is as they explore caves. The Queen learns of the many ocean creatures such as a sea lion, seal, jellyfish and tidepools. 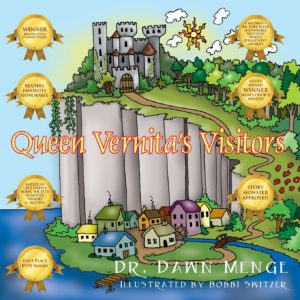 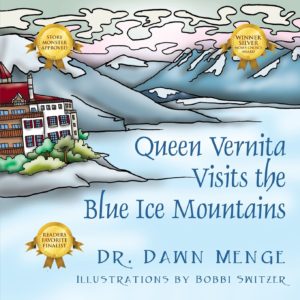 Queen Vernita continues her monthly visits with her friends at the Blue Ice Mountains. While visiting the mountains she learns about the local flora and fauna. 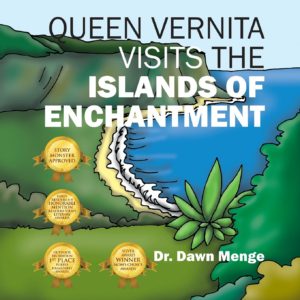 Queen Vernita continues her adventures as she explores the Islands of Enchantment with Jeff the Sea Captain and Carrie the Enchantress. They and their 12 wonderful friends learn about sharks, eels, fish, swim with dolphins and mantra rays and inside lava tubes. Come and enjoy her newest adventures.