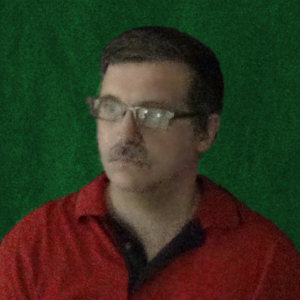 Dr. Leviak B. Kelly is a non-theist Universal Life Seminary Minister with a Doctorate in Divinity as well as a Bachelor’s degree in Psychology from Cal State University Fullerton, and the author of Religion: The Ultimate STD? Living a spiritual life without dogmatics or cultural destruction, as well as The Leprechaun Delusion. He was born in Galway Ireland to Roman Catholic parents, and moved to the United States when he was in his teenage years. At about 17 years old, he left Catholicism and converted to and explored almost every religion . At age 32, he re-entered communion with the Catholic Church through the Carpatho-Russian Byzantine Ruthenian rite, and much later became a bi-ritual catechist, cantor, and reader. At the age of 44, he had began to doubt his religious beliefs, and slowly became an atheist. Later in his life, Dr. Leviak Kelly received certifications in virology and immunology from ALISON through classes by Dr. Raccaniello.

Dr. Kelly has been called the “Heretic of New Atheism” by The Pew, for his staunch defense of the truth, contra atheists and theists alike. This is because he feels that honesty, truth, and the facts are more important than winning debates.

He currently lives in California with his wife of 22 years and his four children, ages 20 to 7 years old. 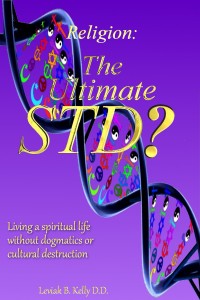 Religion has been described in many of its aspects, and by some, as a cultural virus of the mind. Yet, what if it was an actual virus? What if there is a difference between spirituality and religion? This is the book that has dared to go where no one has gone before, and with good reason. What if spirituality and living an awe inspired life, without religion, is central to being human? In this book, both the dangers of the virus that creates religion and the spirituality it has usurped are seen in a clear light. It is the book that expresses the joys and dangers of excluding others, and the threat of religion as it has encroached on society is discussed in detail. It is not a hate book, rather, it shows us all that we are miracles and that we matter. It is not a wholesale abandoning of the precious structures and art that have inspired so many to creativity and spiritual paths in religion. Religion and atheism need to stop creating a cycle of cultural argumentation that strips away faith, hope, and love in ignostic dialogues that do not do anything but create intolerance. Here in this book you will find a means to decide for yourself a cultural path of spirituality that is our inheritance long before religion. For only when humanity comes together in recognition of our pandemic state will people learn it is not a solitary choice but a joint venture for justice, equality, empathy, and altruism that reaches beyond a cloistered ideology of religion and unbelievers.

Religion as a viral agent is the enemy, not people. It has affected us, as a disease that is transmitted spiritually, socially, and sexually. People who are atheist as a self identification, without recognizing the viral element of religion, become themselves adherents to this very same virus, and are in danger of creating religious-like structures without god. After all, the virus is inside all of us, it is not an us-versus-them ideological attack, but an epidemic that has been keeping us as sheep for 50,000 years.

Yet, this book is not all clinical, it is also a personal journey that the author himself has taken. For fanaticism is the last thing this world needs in its attempt for peace and prosperity. This is a cry for co-operation that draws most of its information from peer-reviewed clinical papers and imaginative story telling, in an attempt to show what even the author could not have imagined in his search. Spirituality is about altruism, empathy, imagination, and living an awe inspired life. It does not call for the destruction of cultural religion, but dogmatics. It is recognizing that we are a global family in our DNA, and we have been sick, and taking that out on each other for 50,000 years. As family, we should seek to preserve cultural religion without its dogmatics.

The Leprechaun Delusion: Revealing the Cult and Religion of New Atheism (Non-Fiction/Religion) 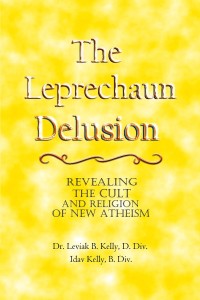 In the years between 2004 and 2006 of our current calendar, a social movement among atheists rose to popularity across the world. At first many atheists around the world, particularly the anti-theists, were overjoyed at the new movement that eventually became known as the New Atheist movement or simply New Atheism.

Then as the years went by, the atheists around the world began to see the growing suppressed and repressed inherent anger in the rally cries of the spokesmen of this movement. Yet the general populace of discontent and disenfranchised middle class males and a smaller amount of people of various descriptions seemed to find their niche in the movement.

The movement became a voice for those that were looking for meaning outside churches, mosques, synagogues and temples. New Atheism resonated with the frustrations and other issues that harboured, both knowingly and unknowingly, within these individuals. Groups on social media of these devoted followers began to hold events and establish various internet media into “their” voice.

This was their chance to change and inform the world. It was their chance to vent their frustrations on religion, especially monotheism. However, they did not critique religion, they lambasted it with the mockery and ridicule that gave rise to other atheists and religious followers to mark their obvious fundamentalism.

Their vision, however, was not just skewed by psychological issues but by a blindness of their own “enlightened” intellect. They failed to see that religion was more than monotheism. They failed to use the very science they claim to rally around to search out the environment they were getting stuck in by manipulation. So centered are they on their pot of gold that they do not realize that they have been hoodwinked into a new religion, by both a sociological standardized cult definition and by self-identification from its founders.

In their desire to right the wrongs and bring a multiplicity of light to bear on religion, they have followed a carefully crafted set of mythic leprechauns, the founders, through a rainbow of logical fallacies and ignorance, to a pot of iron pyrite. They have, like many, been lead into the end of St. Elsewhere, trapped in a snowglobe environment called the Leprechaun Delusion.