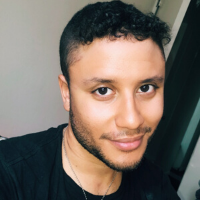 Edwin Betancourt is an author of Fantasy and General Fiction stories as well as plays and books of poetry. Growing up in the Bronx, NY, Edwin would watch television shows and get so enthralled with the story and acting that he knew right from the start what he wanted to do when he got older- write stories to entertain others.

He was enrolled in a theatre high school where he took up dancing and acting but as he got older he realized he didn’t want to just be seen, he wanted to be heard. Therefore, he began to write and create stories that are full of mystery, magic and interesting characters that are flawed yet relatable to others.

Now Edwin is excited for others to read and enjoy his latest novel “Jayson The Witch: The Witch, The Prince & Rowan No End” which was inspired by his love of Fairytales and shows from the 90s like Buffy The Vampire Slayer and Charmed. 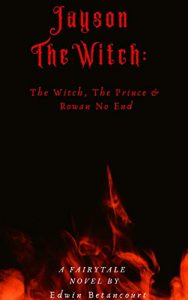 In this Free Fantasy Novel, Jayson Santos is not only a Private Investigator but also an Immortal Witch!
500 years ago, he left the Magic Realm in hopes of starting a brand new life in the Mortal Realm, a Realm where ghosts from his past could not find him.

But that is proven difficult when his mentor and former Sorceress, Agatha, is murdered. Unbeknownst to Jayson, her death breaks any and all Hexes, Charms, Spells, Wishes and Curses she cast while alive! This causes a dark entity and Witch-eating Jester named Rowan No End to rise seeking revenge!

It’s up to Jayson to right Agatha’s wrongs but in doing so he will reconnect with an estranged flame named Prince Nathaniel Echoes, face a Magical Assassin, deal with the ghosts from his past and uncover a truth that he was not expecting!
All leading up to a twist that will change Jayson’s world forever!

If you’re a fan of Charmed, Dante’s Cove, Once Upon a Time or fairytales in general, then you will enjoy this book!

(Note: This book features a Main Character that identifies as an Asexual as well as other characters who identify as LGBTQ+.)