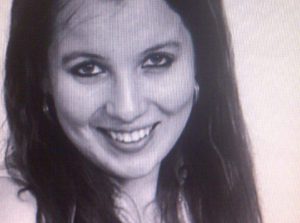 Elena Verduyn was born in Magadan, Russia and half of her life lived in the orphanage. In 2008, she was adopted by an American family and moved to the United States. Elena has a daughter, 2 brothers and one sister. She is currently trying to major in Journalism and Mass Communication. In her free time she loves to write, swim, craft, paint, hang around with her friends and family. This is her first time writing a book because she wants for her story to be heard to help others who might suffer with the same things that she did.

Long Way To “Me” (Non-Fiction) 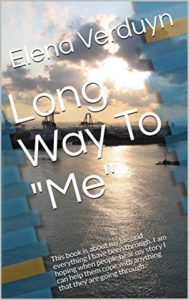 Since I was a little girl, I always had to face something that was hard. Whether it was a family of alcoholics, bullying, molesting, abuse, being poor or being in the orphanage. When I was 15 years old, I was adopted from Russia, but things didn’t get easier. I was going through abuse and bullying again. On top of that, I was diagnosed with depression disorder, sleeping disorder, PTSD. With everything that was going I got addicted to drugs and alcohol to ease my pain, but turn my life around when my daughter was born. When people read my book I want them to understand my story and enjoy it. I hope with this story I can help many others to cope with their issues and demons. Life is very precious and we all should be thankful that we are alive today.