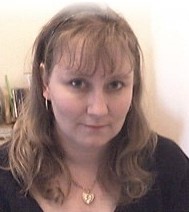 They always say ‘write what you know’, so Ellie Lynn started out writing romantic comedy. She’s since discovered a love of historical western romances as she channels Gunsmoke and Bonanza, but still writes the occasional contemporary.

These days she calls rural Saskatchewan home with her husband, two incredibly spoiled dogs and Horatio the salamander. 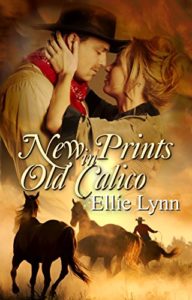 Amanda Bradshaw, a librarian from modern day New York City, is suddenly transported to Calico, a small 1880s era western town. Without warning, she becomes the new schoolmarm in Calico instead of a librarian. Bewildered by this sudden change in scene, she is befriended by the marshal, Austen Riley, and a sympathetic saloon owner named Lil. Riley is a man with dark secrets and an axe to grind with rancher Matt Mallory, who turns Amanda’s life inside out. Matt is handsome, determined to win her as his wife, but his shady reputation leaves a lot to be desired. Still, Amanda is attracted to him as they flirt and tease, argue and banter their way towards love.

As Matt, Amy, and Matt’s young daughter, Molly, struggle to become a family, Marshall Riley plans to destroy Matt and claim Amy for his own. But how can Amy prove Matt’s innocence to the one man who wants him dead? 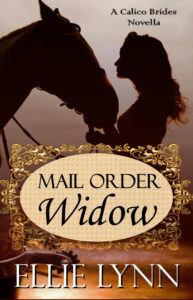 The road to love ended at Travis’ door, but was Katie brave enough to walk through it?

Travelling across the country to marry a complete stranger is scary enough, but when a freak accident leaves Katie Cavanaugh widowed after only a few short weeks, her world shatters. She moved to Calico to make a new start, not to start over by herself. Forced to confront frontier life on her own, she faces challenges that make her question everything.

Travis Sutherland is the town veterinarian. After a rough first meeting, he has no intention of falling for the town’s new widow, but she’s got the prettiest eyes he’s ever seen and they draw him in like a magnet. Forced to spend time with her after one of her animals becomes sick, he finds himself attracted to Katie after all. Can he convince her to give him a chance? 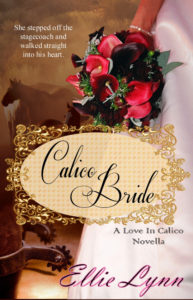 She stepped off the stagecoach and walked straight into his heart.

After the death of her parents, it broke Brianna Campbell’s heart to send her younger brother out west on the mercy train, but with no means of supporting him, she hoped that he’d find someone to take him in. When she is finally able, she sets out for Calico, California, to reclaim him, and make a home to start a new life together. With no time for love, she doesn’t count on meeting a handsome rancher who makes her heart race.

Needing help for his ranch, Sean James takes in a couple of orphans from the mercy train under his temporary guardianship and provides room and board in exchange for good honest work. Still recovering from the death of his wife, he’s shut himself off from the outside world, especially the marriage-hungry young women of Calico. But the boys worm their way into his battered heart, and he finds he doesn’t want to let either of them go when a sister comes to claim the younger of the two.

Brianna’s fierce independence earns Sean’s respect, and to his surprise, his interest in more than just a friendship. His attraction to the pretty blonde grows with each passing day, but can he convince her to trust him and take a chance on love? 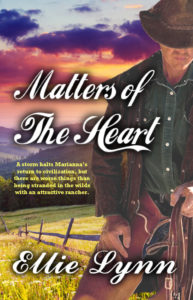 A storm halts Marianna’s return to civilization, but there are worse things than being stranded in the wilds with a handsome rancher.

After the untimely death of her sister, Marianna Brownlee travels to Wyoming to collect her young nephew, now orphaned and alone. But he isn’t as alone as she thought, nor does he want to return to Chicago with her.
Jackson Steed is a rancher with big dreams. Caring for his best friend’s child until the arrival of his aunt has been all consuming, but nothing pleases Jack more. He truly loves the boy and is heartsick that he must let him go.
As a snowstorm rips through Wyoming, his business trip to Laramie is delayed. Stranded in a tiny cabin during a raging blizzard, Marianna and Jake find an attraction that’s difficult to ignore, yet impossible to pursue. But it’s the time waiting for the next stagecoach to come through that makes both see that compromises are always possible and love can truly find a way. 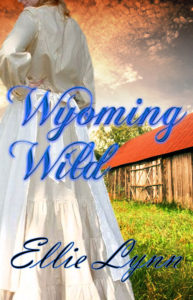 After Cora’s husband abandons her and their infant child in the wilds of Wyoming, she wonders if she’ll be able to cope, much less ever find love again.

Abandoned with an infant child, Cora Lane struggles with managing a farm and ranch on her own. The last thing she wants or needs is to get tangled up with another man who will probably just leave when he tires of her. No, it’s better to be alone.
Thomas Sanderson is a broken man. When his uncle invites him to Wyoming to heal, he jumps at the chance. Helping out a single mother on her ranch might be just the thing he needs to forget his tragic past. One look at Cora, though, and all he can think of is taking her in his arms and making her his own.
Cora doesn’t believe she is worthy of love, Thomas can’t stop wanting her. Things are about to get complicated. 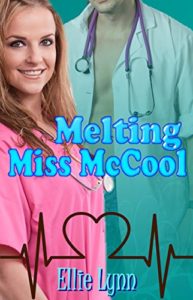 Mix one hormonally charged roommate with a sexier-than-all-get-out soap opera star and watch the heat rise as McCool begins a melt down.

Nicknamed ‘McCool’ by her colleagues, Kerry-Lee McKenzie has had her fill of men and bad relationships until she runs across Benjamin Grant, the one man who crawls firmly under her skin and refuses to let go. Ben is determined to find the woman smoldering under the cool, calm exterior and isn’t above using a little unfair carnal persuasion.

With Kerry doing her best to keep Ben at arm’s length and Ben working hard to close the distance, love is always a step or two away. It isn’t until her hormonally charged best friend interferes that Kerry finally realizes that first impressions aren’t always accurate, and absence really does make the heart grow fonder. 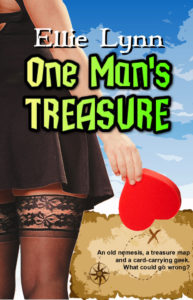 An old nemesis, a treasure map and a card-carrying geek. What could go wrong?

Buried treasure lies where ‘X’ marks the spot, and Jolene plans to find it. With the help of one annoying computer geek, she is able to outwit and outmaneuver her former lover through one adventure after another. Little does she know that the geek has romance on his mind, when he finds himself attracted to the feisty brunette.

With tropical storms, pirates and an old nemesis hot on their trail, Jackson proves little by little that he is anything but a nerd, and helps Jo find the greatest treasure of all.

Getting Over It (Contemporary Romance) 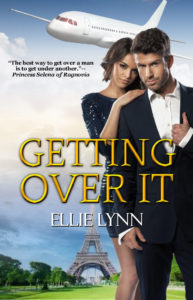 Abby’s love life is in the dumps. But thanks to a sexy prince, she’s getting over it…

Dumped by her long time lover while on a romantic getaway to Paris, Abby Fulton figures she’s had about enough heartache in her life. When a sexy seatmate on her long flight home takes an interest and offers some carnal diversions, a few naughty moments might be just what she needs to bolster the ole ego.

Prince Willem of Ragnovia loves being a playboy and when opportunity knocks for a little mile-high fun, he jumps at the chance. When fate turns in his favor and delivers the airline cutie right into his arms, a seductive game of cat and mouse is on.

Can Abby resist the charms of the handsome prince, or will she end up as another notch on his royal belt? 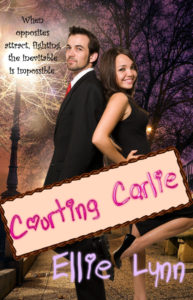 When opposites attract, fighting the inevitable is impossible.

Paranormal investigator Carlie Barnes is no stranger to ghosts and spirits. She finds it’s the living that cause the most trouble. Like the guy in the condo upstairs, who’d rather walk on glass than admit she might be right. She’d like to cross him off her list as just another uptight yuppie, but she can’t. He’s hired her to investigate an old federal bunker. Try as she might, she simply can’t ignore his sexy blue eyes that threaten to send her libido into a tailspin and her panties into a bunch.

Michael Denton is a scientist. He believes in what he can see, touch, and feel. And he doesn’t want to feel anything about Carlie Barnes. As far as he’s concerned, she’s a con artist who preys on people’s fears and bilks them out of their hard earned money to satisfy those fears. So why does she makes his pulse race and his palms sweat by just being in the same room?

Science dictates that opposites attract, and when they do, fighting the inevitable is just as difficult as believing in ghosts and hotter than a beaker above a Bunsen burner.