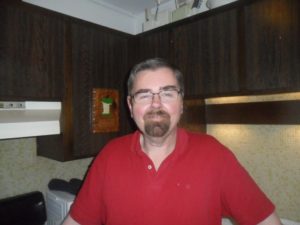 George Carlin gleefully gave a dissertation on seven very ugly words you can never say on television, and noted half of them didn’t even belong on the list. These days, most of them can be, and are, said on television. Lenny Bruce imagined someone’s indignant reaction to the Lone Ranger riding off into the sunset without hearing a “thank you”. Norman Lear very matter-of-factly mocked bigots as well as bleeding hearts. John Waters parodied and expressed his affection for films you were likely to go to hell for even watching, by making his own films which were banned and threatened with censorship and even jail time.

Farrell McNulty thrived on all of this and so much more. The word “inspired” doesn’t even begin to describe the impact this all had on him as a child, adolescent and “twenty-something”. For a presentation in a history class, he was assigned the story of mental health advocate Dorothy Dix and turned it into a comedy. Later, he treated the parents in a children’s show audience to a steamier side of Snow White which they loved. He once proposed a risque parody of the Song of Bernadette, which was met with a resounding “NO!”

Still, you can’t hang a guy for trying. Now in his early fifties, Farrell plans to live out the rest of his life in adherence to his own heavily-influenced vision. 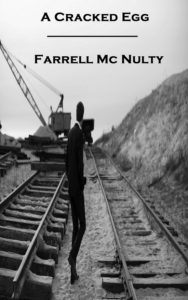 Bruce grows restless and weary of his life as a well-to-do local television executive, miserably married to his high-maintenance, demanding, relentlessly manipulative possessive wife, Vanessa, purely for the sake of maintaining a façade of a perfect enviable life. On the platform of a commuter train station, at which he ponders the length of suffering while thinking of plunging to his death on the third rail, he spots Denise, hopefully to be the latest in a long line of sexual conquests. After exchanging smiles both before and after their daily train ride, they see each other as willing participants – she as his next liaison, and he as her next convert to the little storefront church she attends every Sunday.

In spite of the protests from his best drinking pal, Jimmy, Bruce forges ahead with the pseudo-seeking of spirituality. Jaded, streetwise Private Eye that he is, Jimmy decides to tag along one Sunday for a service, just to look after his buddy, making sure he doesn’t get in over his head. Halfway through the pastor’s financially oriented sermon, he segues from skepticism to suspicion, and sleuths and snoops his way around the inner workings of the ministry. When he gets a morsel of scandal, he enlists Bruce’s help in peeling away the layers of this tawdry little onion named Pastor Rick and together they bring the house down on the miscreant minister.