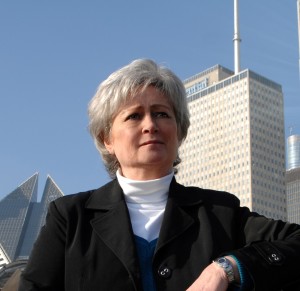 After a long career in the corporate world, indieBRAG honoree Florence Osmund retired to write novels. “I strive to write literary fiction and craft stories that challenge readers to survey their own beliefs and values,” Osmund states.

Florence dedicates her website www.florenceosmund.com to helping new authors—offering advice she wishes she had received before she started writing her first book. There she talks about where to begin, how to promote your book even before it’s written, building an author platform, how to spot a scam, working with editors, and much more. She includes topics that will help new authors hone writing techniques essential for developing fully fledged characters, using back story effectively, and creating dynamic scenes. She explains the use of active versus passive voice, the ‘show, don’t tell’ concept, and point of view. Included are many links to other websites that will help both new and seasoned authors become better at their craft.

“Florence Osmund is a brilliant wordsmith who paints such a rounded picture of each character that the reader feels he is in the book with them.”

Osmund currently resides on a small tranquil lake in northern Illinois where she continues to write novels. 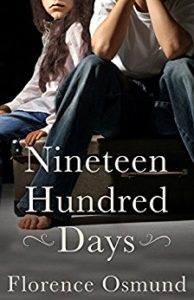 When twelve-year-old Ben’s parents don’t come home from work, he doesn’t know what to think. Fearful of the police and Child Protective Services, he and his six-year-old sister don’t want to end up in foster homes and will do anything to avoid being separated. Their journey—fraught with obstacles and people who may not have their best interests at heart—plays a significant role in building Ben’s character and eventually determining his fate.

They Called Me Margaret (Literary Fiction) 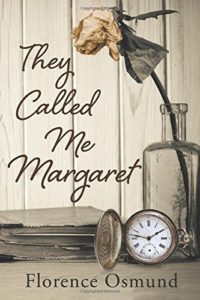 Cozy mystery writer Margaret Manning thinks her husband may be mimicking the behavior of some of the shadier characters in her books, even though he claims to have never read any of them. When several pieces of her jewelry go missing, she wonders if he’s responsible for it or if she’s losing her mind. And when her world becomes complicated by health issues and the unsettling actions of friends and family, her dream of opening a bookstore for indie authors begins to crumble…along with the promise for a happier life. 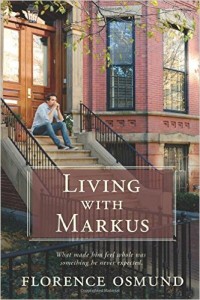 What Windy City Reviews is saying, “The characters, even the young boys, are complicated and believable, and the plot’s complexity allows the reader to see the characters from a myriad of angles. Another non-surprise is Florence Osmund, who has written yet another great book.”

Forced to choose between cultivating a satisfying life for himself and rescuing his dysfunctional family members from their certain demise causes Marc to question the importance of family.

Having put an embittered past behind him, Marc builds a successful landscaping business with clientele from the affluent suburbs of Chicago and starts to appreciate the finer things in life—and he’s found the perfect woman to share in it. But when his alcoholic sister and her two young sons enter into the picture, Marc falls victim to their helplessness and temporarily puts his own life aside. When his despondent father is added to the mix, it doesn’t take long for Marc to completely lose sight of his own dreams—and his girlfriend.

Does Marc save his relatives from their ill-fated lives, or save himself from entering into a life of self-sacrifice and missed opportunities? Painful soul-searching and late-night talks with the captivating tenant downstairs guide him to an unexpected decision and discovery of his true purpose in life. 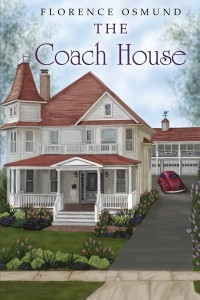 1945 Chicago. Newlyweds Marie Marchetti and her husband, Richard, have the perfect life together. Or at least it seems until Marie discovers cryptic receipts hidden in their basement and a gun in Richard’s desk drawer. When she learns he secretly attends a mobster’s funeral, her suspicions are confirmed. And when she inadvertently interrupts a meeting between Richard and his so-called business associates in their home, he causes her to fall down the basement steps, compelling Marie to run for her life.

Ending up in Atchison, Kansas, Marie quickly sets up a new life for herself. She meets Karen Franklin, a woman who will become her lifelong best friend, and rents a coach house apartment behind a three-story Victorian home. Ironically, it is the discovery of the identity of her real father and his ethnicity that unexpectedly changes her life more than Richard ever could. 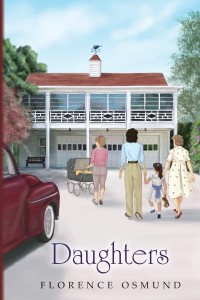 November 1949. It had been eighteen months since twenty-four-year-old Marie Marchetti had left her husband, Richard, in Chicago for Atchison, Kansas, but he is definitely not out of her life. While she knew in her soul he loved her unconditionally, his affiliation with a variety of unsavory cohorts caused her to be too scared to go back to him.

Marie had met her father, Jonathan Brooks, for the first time two months earlier. That in itself would cause most people to be apprehensive, but with Jonathan there came a serious conundrum. Marie was white, and Jonathan wasn’t. Having lived her entire life having no reason to believe she was anything but white, Marie now had to contend with her true ethnicity.

As she packs for her first visit with Jonathan and his family, Marie thinks about how her life is about to change—how she would be received by her newfound family and what she would learn about herself as a result of her visit. Perhaps most troubling for Marie was how her dreams of having a family one day had been shattered the moment she learned of her ethnicity. She had yet to figure out to which race she belonged. Little does she know that the most life-altering consequence of her visit would unexpectedly grow out of an encounter with a twelve-year-old girl named Rachael.

“Daughters” is an uplifting story about how disparate lives can converge and interact in profound and surprising ways. 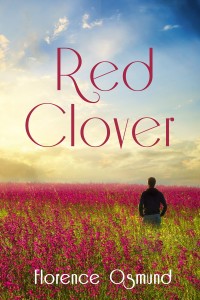 Lee Oliver Winekoop is born into extreme wealth, but despite his near genius IQ, he doesnʾt have the resourcefulness to realize any of its benefits. His motherʾs passive parenting style and frequent absences from their lakefront mansion leave him in the care of nannies as a child even when sheʾs home, making Lee feel unwanted and alone, and his fatherʾs inexplicable contempt toward him only makes matters worse.

When Lee is twenty-six, his motherʾs favorite uncle dies and leaves him a sizable inheritance—an inheritance with some bizarre strings attached. But as soon as he tries to start using it to mold an identity for himself, his world is turned upside-down when he learns shocking family secrets—causing him to rethink who he is and where heʾs going.

Readers will find Leeʾs reinvention of himself on his journey into manhood surprising; the roadblocks he confronts unnerving; and the cast of characters he befriends along the way both heartwarming and amusing. 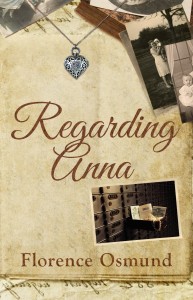 After recovering from the shock of her parents perishing in a tragic accident, Grace Lindroth discovers clues in their attic that cause her to believe the people she called Mom and Dad her whole life may not have been her real parents.

Tormented by the uncertainty of her identity, Grace searches for answers, and when certain clues draw her to a boardinghouse once owned by Anna Vargas, she becomes convinced that Anna was her real mother. But there’s more at stake than Grace’s identity, and a chance person in Grace’s life is determined to get a piece of it.

The lies and deceit that Grace unearths in her pursuit of the truth expose her to a variety of people with questionable morals and values and cause her to be distrustful of just about everyone—making her mission that much more difficult—but heighten her determination to uncover what she believes is essential for her to go on with her life.