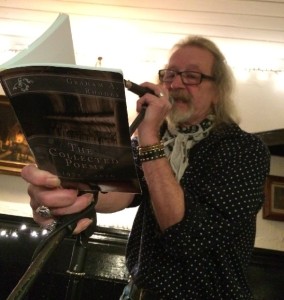 Graham Rhodes has over 40 years experience in writing scripts, plays, books, articles, and creative outlines. He has created concepts and scripts for broadcast television, audio-visual presentations, computer games, film & video productions, web sites, audio-tape, interactive laser-disc, CD-ROM, animations, conferences, multi-media presentations and theatres. He has created specialised scripts for major corporate clients such as Coca Cola, British Aerospace, British Rail, The Co-operative Bank, Bass, Yorkshire Water, York City Council, Provident Finance, Yorkshire Forward, among many others. His knowledge of history helped in the creation of heritage based programs seen in museums and visitor centres throughout the country. They include The Merseyside Museum, The Jorvik Viking Centre, The Scottish Museum of Antiquities, & The Bar Convent Museum of Church History.

He also wrote scripts for two broadcast television documentaries, a Yorkshire Television religious series and a Beatrix potter Documentary for Chameleon Films and has written three film scripts, The Rebel Buccaneer, William and Harold 1066, and Rescue (A story of the Whitby Lifeboat) all currently looking for an interested party.

His stage plays have performed in small venues and pubs throughout Yorkshire. “Rambling Boy” was staged at Newcastle’s Live Theatre in 2003, starring Newcastle musician Martin Stephenson, whilst “Chasing the Hard-Backed, Black Beetle” won the best drama award at the Northern Stage of the All England Theatre Festival and was performed at the Ilkley Literature Festival. Other work has received staged readings at The West Yorkshire Playhouse, been short listed at the Drama Association of Wales, and at the Liverpool Lesbian and Gay Film Festival.

He also wrote dialogue and story lines for THQ, one of America’s biggest games companies, for “X-Beyond the Frontier” and “Yager” both winners of European Game of the Year Awards, and wrote the dialogue for Alan Hanson’s Football Game (Codemasters) and many others.

A series of fantasy adventure novels featuring Agnes a 300 year old Scarborough witch and her cat. They live in the present day old town but when she travels down her cellar she and the cat are transported back into the 1700’s where the cat transforms into a six foot high one eared one eyed ex-highwayman. The books are all based in Scarborough and the surrounding areas in both the present day and in the 1700’s.

A Witch Her Cat and A Pirate: Agnes the Scarborough Witch, Book 1 (Fantasy, Historical Fiction, Mystery, Thriller, YA) 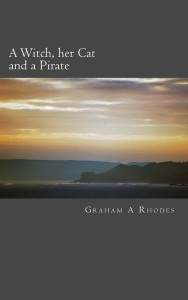 Their first adventure, “A Witch Her Cat and A Pirate”, set in the period of the American War of Independence, sees them foiling an attempt by John Paul Jones to stage an American invasion during the Battle of Flamborough, a real sea battle that happened in and around Scarborough’s South Bay.

A Witch her Cat and The Ship Wreckers: Agnes the Scarborough Witch, Book 2 (Fantasy, Historical Fiction, Mystery, Thriller, YA) 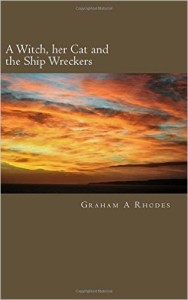 The second, “A Witch her Cat and The Ship Wreckers” is based prior to the fourth Anglo-Dutch war of 1780, and sees them foil an attempt to destabilise England by foreign agents and local militias.

A Witch her Cat and The Devil Dogs: Agnes the Scarborough Witch, Book 3 (Fantasy, Historical Fiction, Mystery, Thriller, YA) 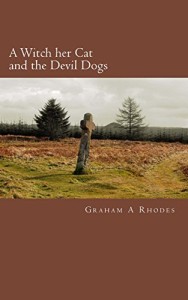 The third adventure “A Witch her Cat and The Devil Dogs”. Agnes along with Marmaduke, Whitby John, Boggles and a member of a Finnish death metal band harness new technology with old fashioned witchcraft them attempt to disrupt an evil force and their devil dogs from prowling the North Yorkshire Moors.

A Witch her Cat and A Viking Hoard: Agnes the Scarborough Witch, Book 4 (Fantasy, Historical Fiction, Mystery, Thriller, YA) 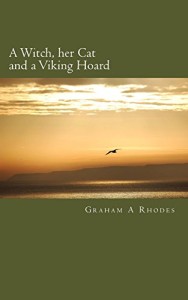 The fourth book, “A Witch her Cat and A Viking Hoard.” A cliff fall reveals a Viking burial ship. In their attempts to prevent the local people from robbing the grave the duo are transported back to Skarthaborg, (Viking Scarborough) where she helps the leaders of the settlement face a Viking war lord and tries to postpone the towns inevitable fate.

A Witch her Cat and The Whistler: Agnes the Scarborough Witch, Book 5 (Fantasy, Historical Fiction, Mystery, Thriller, YA)

The fifth book “A Witch her Cat and The Whistler” sees Agnes and Marmaduke help their old friend Dancing Jack discover the reason for a brutal murder in Roobin Hoods bay and uncover the identity of a ruthless smuggler known only as The Whistler.

The View From Inside The Pink Monster (Non-Fiction, Memoirs) 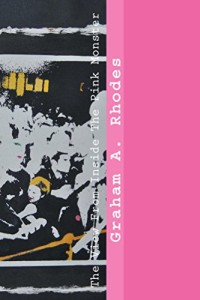 “The View From Inside The Pink Monster”, an autobiography for the years 1975-79, is based in London when Graham was one of the first designers creating audio visual presentations, was a graphic designer for such bands as The Police, The Cramps and many others, had a one man show at Battersea Arts Centre and worked with Rock Against Racism at the now famous Victoria Park gig with the Clash and with Sham 69, was at the Battle of Lewisham and was the Pink Monster in a twelve day UK tour launching Smiths Monster Munch savoury snack. The book neatly recalls the days of graphic design prior to computers whilst also telling of political and street violence caused by the rise of the National Front and the importance of Rock Against Racism to fight it.