Guest Post: In Search of Character by Karen Long 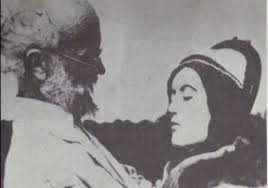 I am a great fan of the HBO series, ‘Autopsy’, which focuses on strange deaths and the purveyors thereof…One of my favourite episodes covered the life of Carl Tanzier, aka Carl von Cosel, who provided inspiration for the ‘Collector’ in my latest novel, ‘The Vault’.

Carl Tanzier, 1877-1952 was a strange, obsessive, fantasist of a man, employed as a ‘radiologic technologist’ in a Key West Hospital tuberculosis ward. He had, according to his cv, ‘nine degrees’ in various disciplines and had a personality and vocabulary that inspired belief in his curative and resurrective powers.
Elena de Hoyos was a patient on the TB ward in the terminal stages of the disease. In her early twenties, she possessed the pale, consumptive beauty that was to capture Tanzier’s heart and take them both on a journey that was to transcend the confines of mortality (and morality), at least on a physical level. Despite professing undying but unreciprocated love to Elena and attempting to save her life with x-ray technology of his design, she passed away aged twenty-two. Distraught, Carl persuaded her family to allow him to build a mausoleum to house Elena’s remains; a vault that only he would possess a key to…. 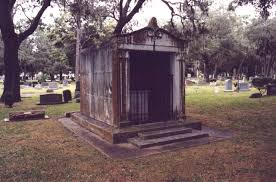 That Tanzier visited the mausoleum every evening for several years was not a cause for the family’s concern; after all he had been a devoted suitor and claimed that she would visit him there in ethereal and conversational form. What did set off alarm bells was when the visiting abruptly ceased. Nana, Elena’s sister, accessed the mausoleum and was outraged, if not particularly surprised, that Elena’s body had vanished. Demanding entrance to Tanzier’s house, she was led up to Carl’s bedroom, where Elena, wearing a wedding dress, lay in the bed. It must have taken considerable mental processing to work out that the ‘doll’ was actually her sister’s mortal remains held together with wire, coat hangers and an amalgamation of rags, silk, wax and Plaster of Paris. After the police removed the body, several individuals claimed to have seen Tanzier dancing with a woman, in his candle-lit front room. The police, acting in the best interest of the local population, put Elena’s body on show at a local Funeral Home, attracting nearly seven thousand visitors over the three days it lay there!
Tanzier was released from prison a free man, as the charge of ‘tampering with the dead’ was beyond the statute of limitations. Added to the fact that the general public, far from being disgusted, were enchanted by the man’s claim of wanting to take Elena on ‘an airship into the stratosphere’ where radiation would enervate and resurrect her. An ‘eccentric romantic’ he was sent to live close to his ex-wife, who could keep an eye on his antics; Elena having been reburied in an unmarked grave. However, the generous public sentiment may not have been quite so warm, if they’d learned of the presence of a paper pipe that had been fitted into Elena’s pelvis, as an aid to intercourse.

Tanzier, far from rehabilitated, lived out the rest of his life with a doll made from Elena’s death mask. Ironically, his own mortal remains lay undiscovered for three weeks on his kitchen floor, next to the effigy.