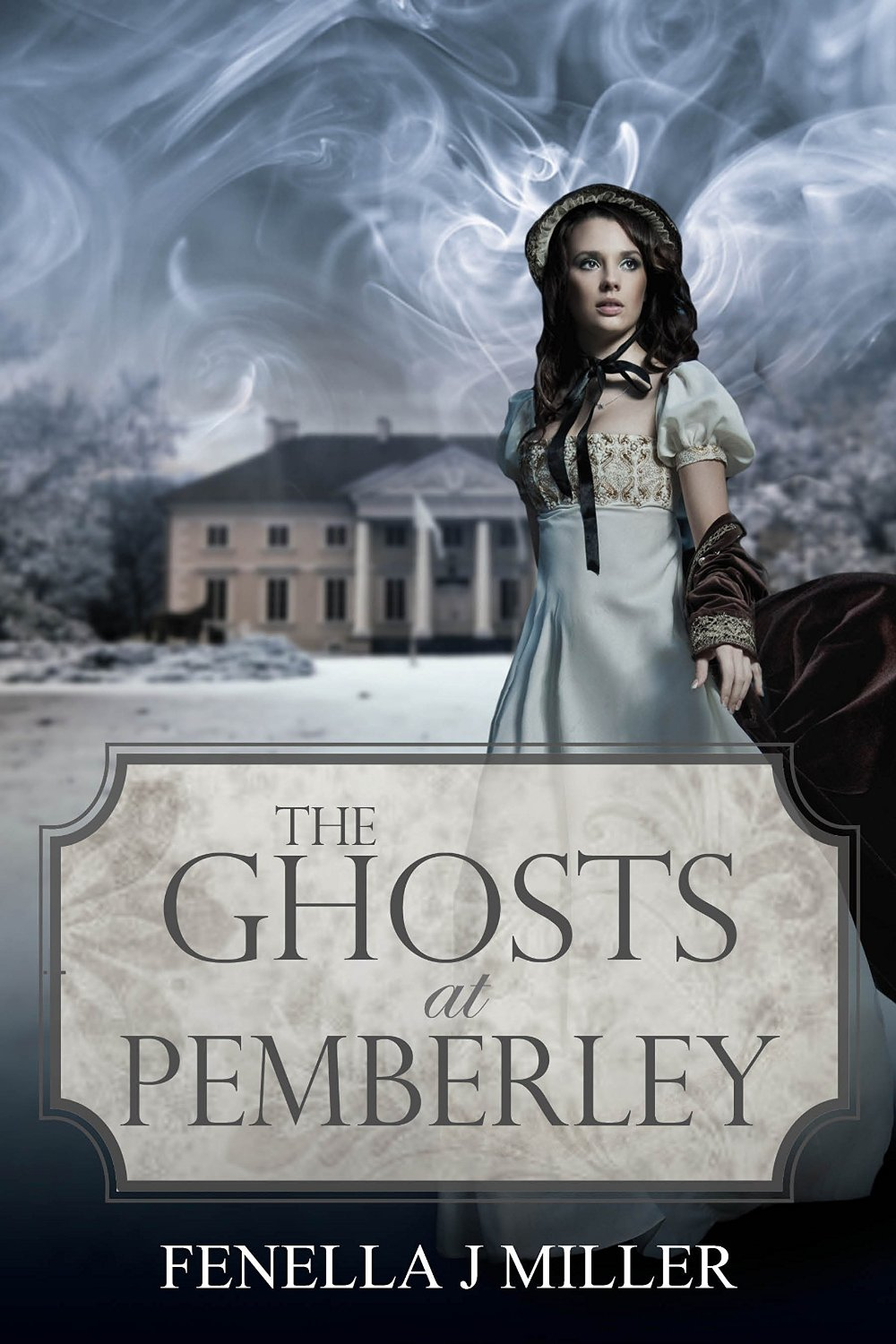 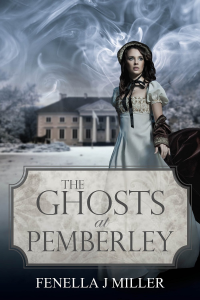 The Ghosts at Pemberley by Fenella J Miller

Jane Austen has been one of my favourite authors since I was very young – although I must admit I didn’t fully understand the nuances of her language and her gentle irony until I was in my late teens.

Of the six completed books I, like most other readers, have Pride & Prejudice as my favourite, and the one I like least is Emma, that is because Emma is not a character you warm to.

There have been many TV and film adaptations of her books and again I enjoyed most of The Pride & Prejudice ones; however, I didn’t enjoy the Mansfield Park TV version with Billie Piper – I think she was wrongly cast.

There have also been Jane Austen variations such as Death Comes to Pemberley and Lost in Austen. The PD James version was not well received and although well-acted there were too many historical inaccuracies to make it enjoyable viewing. Lizzy, for instance, wears the same green dress every day. Lost in Austen, although a fantastic, has to be my favourite. I’ve watched the final scene many times as it is the most romantic ending ever.

I’ve also read dozens of sequels, prequels and mash ups over the past few years. It appears that the thousands of Janeite fans will read anything related to her work, although Pride & Prejudice linked books are still the favourites.

I have been looking at what is around at the moment and there is everything from appallingly written erotica to some excellent sequels. There are also books where the only things that are the same are the names – I don’t read books of that sort – I want my Jane Austen variations to be firmly linked to actual books.

I really enjoy Amanda Grange, Jane Odiwe and Monica Fairview’s books. There are also several authors producing contemporary Jane Austen linked books – such as Juliet Archer and Victoria Connolly. There are dozens of other good writers but I prefer British authors. Although traditional publishers decided the Jane Austen bubble had burst a few years ago, author-publishers are still producing them and they are still being devoured eagerly.

I wrote a Pride & Prejudice version telling the story from Jane and Bingley’s viewpoints, Miss Bennet & Mr Bingley, some years ago which still sounds a handful of copies a week. However, I have now written the first in a four book series entitled, Pemberley, (I know, I could have come up with a more original series title – but it is what it says on the tin.) The Ghosts at Pemberley is Kitty Bennet’s story and is, I hope, a genuinely scary ghost story as well as a romance. This is now available on Amazon Kindle and there will be a paperback, perfect for Christmas presents, out in November.

I am writing the second in the series, A Scandal at Pemberley, which is Georgiana Darcy’s story and this will be published next March as an e-book and the paperback will follow in the summer.