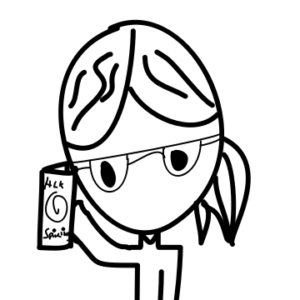 H.L. Karhoff has a Bachelor of Arts in Liberal Arts. She has been a writer since early childhood. Throughout school, she won several writing contests, earning scholarships and other awards. While she dabbles in various genres, Karhoff primarily writes young adult fiction. Her debut novel, Spiraling, was published in 2016. The sequel, Broken Dreams, is expected to release Fall 2018. Karhoff lives in Kansas with her husband, two sons, a spoiled cat, and various reptiles. She is currently pursuing a second bachelor’s degree in secondary education and working on the third book in the Spiraling series. 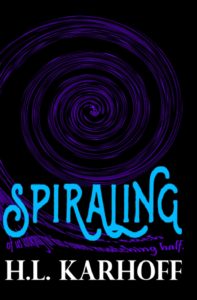 Tori Douglas hates her life. Struggling to make the people around her happy, she’s made herself miserable. Then she meets Devon Sharpe, a delinquent who does what he wants. Tori is drawn to Devon’s rebellious lifestyle, charming smirk, and the sweet way he listens to every word she says. He makes her feel as if she’s only other person in the world.

But can their relationship stand up to Tori’s friends and family? Tori’s best friend, Kennedy, doesn’t like Devon and sets out to keep Tori from being with him, her parents think Devon is a bad influence that will never amount to anything, and her brother says Devon may not be the person Tori thinks he is.

When Tori’s mom forbids her from seeing Devon until she gets her grades up, the two recruit Devon’s best friend, Carter, to help. At the same time, rumor has it Devon has given in to old temptations, and Kennedy sees the opportunity to play on Devon’s insecurities.

Will Devon and Tori stay together? Or will rumors and lies tear them apart?