Posted Feb 2 2014 by Paul in Giveaways with 0 Comments 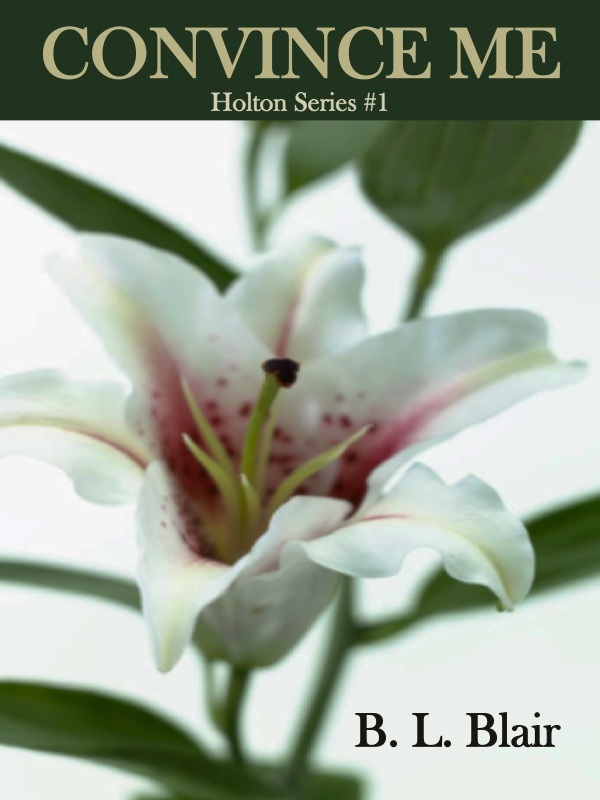 One of our authors, B.L. Blair, is holding a giveaway across on her website. Do get involved!

The book are as follows: 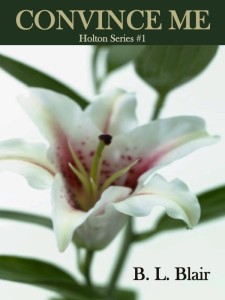 A woman afraid of love meets a man who will do anything to convince her to take a chance on him.

Anna West just wanted to start over in a new town far away from her past. The only child of a mixed race couple, Anna had learned about the ugly side of human behavior at an early age. Watching her abusive father mistreat her mother, Anna knew that love was not for her.

Steven Carson had always known what he wanted, and from the moment he saw her, he wanted Anna. Steven was ready for love. He was ready to settle down, build a family, and he knew Anna was the one for him. Now all he had to do was convince her.

Come visit Holton, Texas to see if Steven can convince Anna to take a chance on love. Convince Me is the first book in the Holton Series but may be read as a standalone novel. 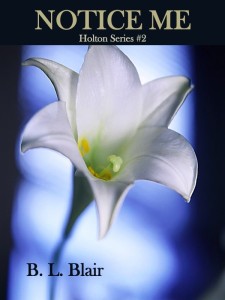 Victoria has loved Andrew for 12 years. It’s time to make him notice her.

Andrew Moore had always thought of Victoria as family. She was his best friend’s little sister and his little sister’s best friend, but recently something had changed. Andrew was thinking about Victoria in a completely different way. She would never fit into his quiet, conservative world. They were too different to have a future together, but he couldn’t help noticing her.

Victoria Carson has been in love with Andrew since her sixteenth birthday, but Andrew never noticed her as anything other than his best friend’s little sister. She fled from her hometown so that she wouldn’t have to watch Andrew build a life with someone else. But things had changed. Andrew was now a widower, and Victoria had returned home. It was time to make him notice her.

Return to Holton, Texas to see if Victoria can get Andrew to notice her. Notice Me is the second book in the Holton Series but may be read as a standalone novel. 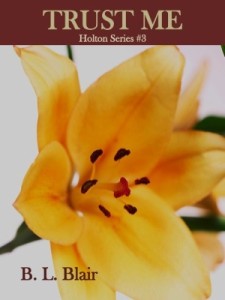 Rachel isn’t looking for love, but she finds it with Paul. Will he learn to trust her?

Rachel Lewis hid her looks behind dark framed glasses and drab clothes. As the head librarian in Holton, she was satisfied with her life and her appearance. Rachel wasn’t looking for love, but Paul captivated her. He lived in a completely different world, but she wanted him more than she had ever wanted any other man.

Paul Hart was handsome, rich, and successful. As the owner of a thriving business, he was happy with short-term relationships and jaded women. Paul had been betrayed too many times to trust a woman, but Rachel intrigued him. She wasn’t like any woman he had ever known. Could he learn to trust her?

Return to Holton, Texas for Victoria and Andrew’s wedding to see if Rachel can win Paul’s trust. Trust Me is the third book in the Holton Series but may be read as a standalone novel.