Posted Sep 3 2013 by Paul in Interview with 0 Comments 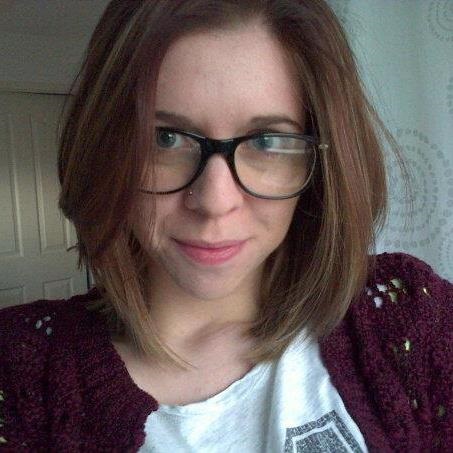 Self-Publisher’s Showcase: Today we are joined in the Showcase Lounge by the author of the Young Adult Thriller NUMBER 5. Welcome, Amy Baker.

SPS: For anyone that hasn’t come across your work as of yet, please do tell us a little about yourself.

Amy Baker:  Well, I write mainly Young Adult stories, although I do also dabble in more adult stuff as well. I feel that it is easy for me to get into the mindset of younger adults or teenagers and enjoy writing from their perspective as the main character. I like to write thrillers, which is what my debut novel and many of my short stories are. But I am now heading into the fantasy world too.

SPS: You started out writing reviews and articles. What was it that made you want to move on to short stories and novels?

AB: I knew I wanted to be a writer, but I didn’t know what kind of writer, so I experimented with different areas and sold a few articles and enjoyed writing gig reviews. But then I did a home writing course and had a go at stories and fiction and knew that’s where my passion was, because your writing can be limitless. I like inventing characters and creating worlds and putting the things from my imagination onto paper. 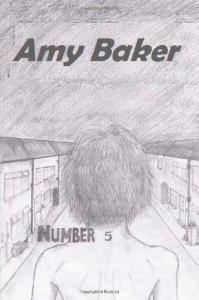 SPS: Number 5 is the story of a young girl, thrown out by her alcoholic mother and forced to live on the streets.  Can you let us in on where the inspiration came from?

AB: My inspiration was from two places really. The first place was from seeing a news item years ago on the television about young prostitutes that had been murdered, and I started to wonder what their stories were and how they’d ended up in that situation, and kind of created Gemma’s character from that thought. The second place sounds rather corny, but it was from a dream I had. I dreamt about the girls having numbers on their necks and sat in an old school waiting for the next punter to come along, and how they were trying to escape. So from these two places I drew the story together in my mind.

SPS: Gemma goes through many unpleasant experiences through the story. How difficult was writing these scenes?

AB: At first I was just writing and imagining what it would be like to be her. As the story grew and I became the character, it got quite upsetting to think about these things, to the point that I often thought I was being too hard on Gemma and making the reader depressed. But it was always a story about her overcoming hardship and her horrible situation, so it couldn’t be all rosy.

SPS: Do you have any future plans to revisit the characters that we meet in Number 5?

AB: Well some of my friends that have read the book have expressed an interest in a story about the other characters, such as the other girls before they became prostitutes, and even their pimp. I think I may come back to it and write some short stories about heir lives before, which could interest anyone that likes the novel.

SPS:  After Number 5 you released a Short Story in Renée. Tell us a little about Alex’s journey.

AB: Alex is a university student who recently lost his father to cancer. It hits him hard because they were very close, and he feels like his life is off balance. He moves away to his dad’s house that has been left to Alex and works in the local town there. He meets Renée, who is a breath of fresh air and someone who takes his mind off everything. But when she goes missing suddenly, his world is turned upside down again by what happens when he discovers where she is.

SPS:  What can we expect next from Amy Baker? More Short Stories or a return to Novels?

AB: At the moment I am working on a couple of short stories, one of which is almost ready to be released. But I am also writing a second Young Adult novel and planned a third novel, which will be in the fantasy genre. So lots more to come!

SPS:  Do you see yourself in the future writing in one particular genre or would you prefer to move around?

AB: I like the Young Adult genre, but I also love to write fantasy stuff because of how much more you have to create and play with. I’d also like to have a go at writing a couple of horror stories, as that’s also what I like to read. I don’t see myself staying within just one genre. 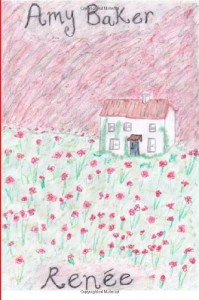 SPS:   Can you tell us about your covers and how important do you feel a unique cover is when promoting your work?

AB: I had the cover for Number 5 drawn by someone because I had a specific picture in my mind of what I wanted it to look like. I draw the covers for my short stories myself so they look original and I don’t want to just choose a generic design. They might not be perfectly drawn but they represent my work and I think people can associate my home drawn covers with my stories. A lot of people do judge a book by its cover so it’s important to make it unique.

AB: At first no. I sent my novel to quite a few agents, but because of the storyline they couldn’t really place it anywhere. So I decided to do it myself and publish short stories as well, building a fan base that way and get my work out there. For future novels I would really like to get an agent and a publisher, just for the fact that they have more connections and promotional tools than I have access to. I want my work to reach a much wider audience in future and get established so that I can go into other areas of writing, such as radio or theatre. But self-publishing is a really good route to start off with and you have complete control over your work.

SPS: Before we finish up, it’s your chance to name-drop. Anyone who you feel is deserving of more recognition at present or someone whose writing you have recently enjoyed? Now is your chance to spread the word…

AB: I have a couple of writer friends who have also chosen the self-publishing route, and I enjoy their stories. They are Andrew Woolrich and Jessica Grace Coleman. Search for their author pages on twitter and check out their work. They are both really good story tellers.

SPS: Thank you for joining us today Amy, it’s been fun.

AB: Thanks, hope to talk to you again in the future.