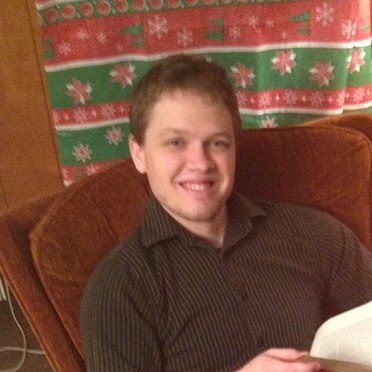 Self-Publisher’s Showcase: Today we are joined by Joshua M. Phillips, author of Bloody Mess: a Crimson City Tale. Welcome to the Showcase, Joshua.

Joshua M. Phillips: Hi, happy to have the interview.

JMP: I love writing. I can’t get enough of it. I’m currently an insurance agent by day and author by anytime I’m able to write. I love movies, books, and music. I’ve been married to my lovely wife and we’re coming up to our 2 year anniversary this July!

JMP: I can write anywhere, anytime. However, I prefer the evening. That seems to be when my creative juices begin to really flow. I write just about every day when I get the chance.

JMP: I was searching Amazon for kindle books and came across one by Nicholas Black, How to Write a Fiction Novel in 30 Days or Less. That was all I needed and I was ready to write and publish.

JMP: It’s a story I have had in my head for over 8 years now. When I was 16/17 I enjoyed writing screenplays and directing home movies and this was one I was most excited to film, however never got the chance. The original title for the screenplay was called, Blood, Blood, & More Blood.

SPS:  Do you have plans to write in other genres in the future?

JMP: I most certainly do! After the Crimson City Tales Series I plan on starting a superhero series with all different types of heroes. Then following that a vampire Trilogy! And maybe one day some non-fiction “Self-Help” books. 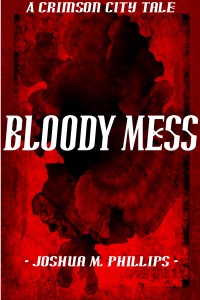 SPS: What could someone expect if they picked up a copy of Bloody Mess?

JMP: Well, they can expect it to be Bloody, haha. Best way to describe it might be, No Boundaries. I didn’t hold back. This book is about a city of crime and a detective who has a one track revenge path, it doesn’t let up and it’s filled with raw violence and profuse language.

SPS: Presumably you wrote the novella aimed at a certain audience, due to its violent action?

JMP: I was looking for an audience of those who like raw, non-candy coated violence. Those who may like the works of directors Tarantino, Rodriguez, and others alike.

SPS: Where did your inspiration for Crimson City come from?

JMP: I believe my inspiration came from author J.F. Lewis of the Void City Series. I always had the characters and story of Bloody Mess, but it wasn’t until I was inspired by J.F. Lewis to create a fictional city.

SPS: Tell us about Detective John Saint, and how he has become the man that we meet?

JMP: Well, I never really planned on him going in the direction he did actually. He starts off as a by-the-book type of detective. Steady in his beliefs and unaltered. Then he changes after his loss. Although, I didn’t want him to change so drastically it only made sense. After what happens to him who wouldn’t struggle with their faith, think about going above the law, have an increase of foul language? I’d say only a small few.

JMP: Plain and simple, someone brutally murders his wife.

SPS:  Other than John, who else character-wise should readers be on the lookout for?

JMP: Johnny Nax. Although he only has a small part in Bloody Mess he will be our main character in book #2 of The Crimson City Tales, Nax Attax.

SPS:  What were your expectations for the novella upon its release, and have they changed at all since then?

JMP: I expected my first free promo to get at least 100 downloads…I only got 30. To say the least I was disappointed. Then a month later I re-launched and received over 1,100 free downloads…I was ecstatic! I’ve been very satisfied with the reviews I have received for my work.

SPS:  Can you take a moment to tell us how the cover for Bloody Mess came about?

JMP: I knew that visually I wanted it to match the title, bloody. So I did some searching for bloody images and came across the one you see on the cove by Billy Frank Alexander Design. I used gimp to ad text to the cover and viola we have the Bloody Mess cover!

SPS: What can we expect next from the pen/keyboard of Joshua M. Phillips, more Crimson City Tales?

JMP: Most definitely! I’m planning on having the series be compromised of a minimum of five novellas with a prequel to Detective Saint’s story.

JMP: Not originally. Younger I always wanted to be with the big guns. Professionally publishers and such. Now, though I see I definitely prefer the Indie route. I have full control over all my work and marketing. I think I prefer it that way.

JMP: It’s been better. I love it. Being able to publish my work for the world to see has been a true blessing.

JMP: Do it. Don’t think about it. Just do it. And read all you can on writing/publishing.

SPS: Thank you for joining us today, Joshua, and all the best for the future.

JMP: Thank you, it’s been a blast!

SPS: For more information on Joshua and his work, please do visit his Author page here.