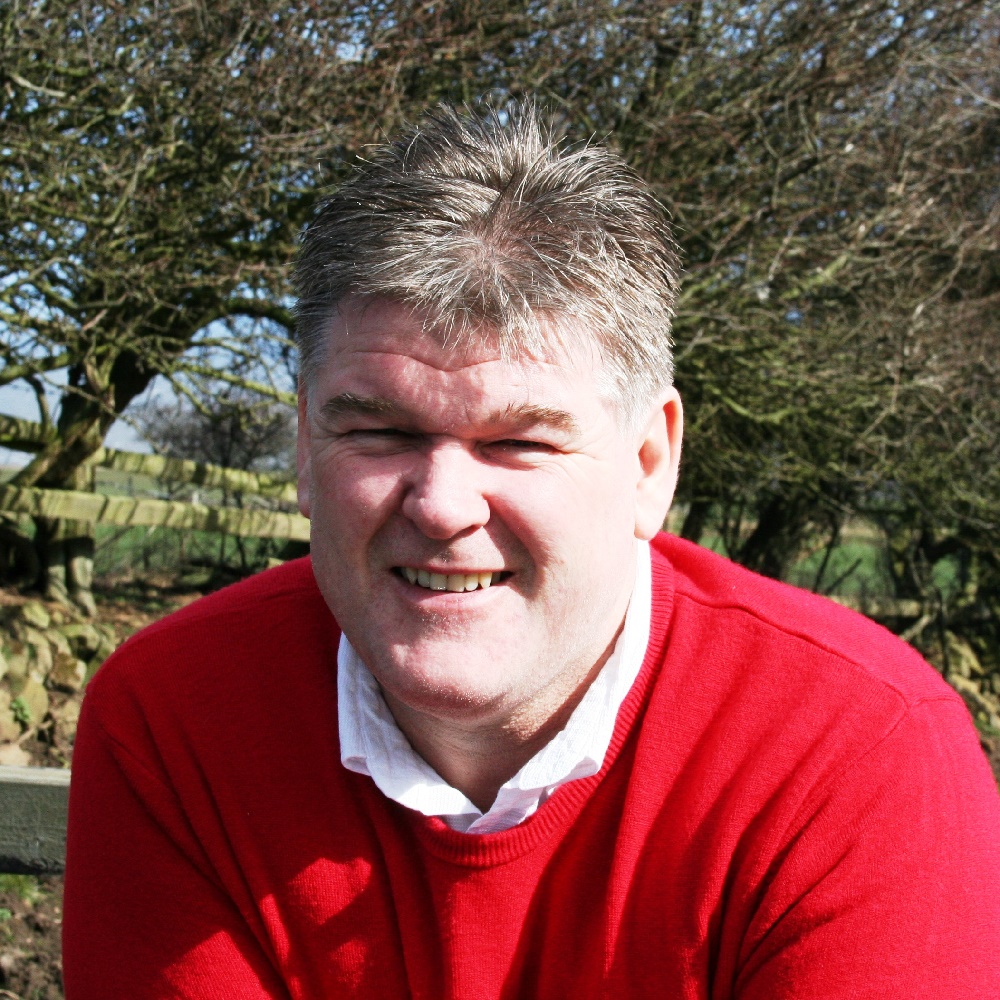 Self-Publisher’s Showcase: Today we are joined by S.N. Pearse, author of Finding Jane.  Welcome to the Showcase Lounge, Steve

SNP: Of course, I am the eldest of four siblings, having two brothers and a sister. Born in York and brought up in Selby I lived most of my adult life in Whitby, a beautiful coastal town. I have two children both now adult, Jazz and Jofi and I live in the countryside outside Malton with my wife Gilly and our two Labradors.

My working life has many contrasts; I began as an engineering draughtsman in a shipyard in Selby as well as being a part time fireman. I was involved in the fire at York Minster when the famous church was said to have been struck by lightning (an act of God?) and was reported worldwide. I left Selby when shipbuilding declined as an industry and became a Police Officer, spending over twenty years working in and around the Whitby area as well as working in other parts of North Yorkshire. I thoroughly enjoyed the vast majority of my working life but left in October 2011 and took on some Project Management work. Feeling unfulfilled and having held a dream to write a book I decided that I now had both the opportunity and the time. When a landslide occurred in Whitby I also had the starting point for my idea and made the decision to properly put the time in.

SNP: I live in a small village outside Malton with wonderful views across to the North Yorkshire Moors and my perfect writing conditions are to sit with my laptop taking in the panorama with soft, quiet music in the background. At present I am not writing as often as I feel I should be but I have many promotional commitments to complete; when I am writing I like to work about 4 hours or so per day, especially if I find I am flowing.

SNP: I always hoped that I could write a manuscript worthy of publication but there are so many scary stories out there about failed first time authors that I don’t believe that I had the confidence until I started to receive feedback from people I had entrusted to proof read for me; people outside of the close family and friends circle whose opinions I valued and trusted.

SNP: I’m not certain that I could answer the question about my style of writing; I just found that I had story lines, characters and plots and felt I should get them down in words with a view to alteration afterwards. I found that I was, on the whole, quite pleased with the style I had written and that I made minor rather than major changes, trying all the time to keep different facets of the book open for the reader. The genre is a different matter of course, as a former Police Officer and an avid reader of crime fiction I always had the intention to challenge myself in this way.

SPS: What, if anything, do you feel differentiates your work from others??

SNP: I’d like to think that my personal knowledge and expertise of the subject matter comes through in my work; having worked as a Police Officer in the town in which the book is set, knowing from personal experience how the Goth community descend on the town, together with the venues they use has enabled me, I hope, to portray fiction as believable and to draw the reader into the plot and storyline. 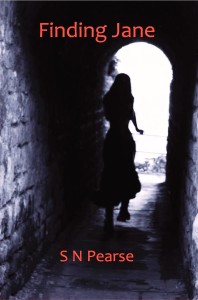 SPS: Can you take a moment to tell us all about Finding Jane?

SNP: Hopefully you’ll find it is an intriguing mix of crime investigation, Goth culture, a coming of age metamorphosis and mystery. I have used the very real landslip of 2013 on the East Cliff beneath the iconic Whitby Abbey and the following obligatory demolition of four houses to set the scene on an otherwise entirely fictional work. When a body is unearthed in the debris of those houses a murder enquiry is started, who is she? How did she get there, when and how?

Detectives have their work cut out as the investigation unfolds and a picture is built up of the victim as a sexually promiscuous young woman but no likely identity can be found. Across the country however a student has been reported as missing in Liverpool, a God fearing Daddy’s girl from a small town near Leeds. Intertwined in all this is the Whitby Goth Weekend, arguably the biggest gathering in the Goth calendar with visitors from all over the UK and beyond.

The book examines the ebbs and flows of the murder investigation as it follows the transformation undertaken by Jane until fate takes its course.

SPS: What led you to base your work in Whitby?

SNP: I have a love of the town, its people and the diverse cultures it embraces; having lived in the community and worked there for such a long time I knew it held all the different elements that I wanted to feature in the storyline.

SPS: How did you balance writing the book, when knowing that people early on knew of Jane’s fate?

SNP: It was always going to be a challenge but I wanted to be different from other books in the genre and I hope that readers feel that whilst they may identify Jane at an early stage they do not know her for some time, nor do they know the identity of her killer or the why’s and wherefore’s.

SPS: Where did the idea for the story come from was it inspired from ‘similar’ events?

SNP: I sincerely hope it hasn’t been copied from ‘similar’ events as that would be tragic itself. I wanted to write a murder mystery and had a number of ideas that I was toying with but when the cliff collapsed beneath the abbey I felt it was an opportunity not to be missed. The landslip was reported far and wide and showed once again the fragility of the North Sea Coastline, but more importantly for me it gave me an opportunity to use that event as the starting point for my book. It was always my intention to use the Goth community as I felt that there was massive scope to write about that fascinating group of people in a way that I personally have not seen before.

SPS: Is there any scope to continue the story, or was it always planned to be a standalone piece of work?

SNP: My hope and ambition is to continue the work and build a trilogy using the same investigation team in different environments with different challenges. I have already committed to a second manuscript and am currently about 10% in.

SPS: The Whitby Goth Weekend an event which is heavily prevalent within your novel is coming up. What can you tell us about the event, and can readers find you there?

SNP: Whitby Goth Weekend is an event that has been run twice a year, since 1994; in April and October, and, is in essence a music festival for Goths. Having said that, that is like saying Glastonbury is just another music festival. The Goth community attend Whitby in their thousands and take over the town, filling the guesthouses, hotels and B&B establishments as well as camp sites far and wide.

Events within the festival are held from Thursday before the weekend until the Monday afterwards and include Markets aimed at the Goth culture, a football match in aid of charity, custom cars show, photo-shoots and many other fringe events, all in all, it is said, bringing over a £1m to the Whitby coffers, especially in the pubs and clubs of the town.

Some of the locations such as The Spa Pavilion, The Resolution and Elsinore pubs I have used in the book and are very real places, though I hasten to add I have used only fictional reference to any staff or other persons connected.

I have three book signings arranged during the event, all at Rusty Shears Restaurant on Silver Street in Whitby Town, opposite “The Great Goth” shop, one each on Friday, Saturday and Sunday. All the details can be found on my website. http://www.snpearse.com/

SPS: Can you take a moment to tell us how the cover to Finding Jane came about?

SNP: The cover is a photograph I took myself in Whitby. My daughters introduced me to a friend of hers who uses the name ‘Lola Filth’ in her Goth guise. We took a number of shots and settled for this one which uses a small tunnel on what is known as Khyber Pass; Lola walked, ran, through the tunnel and I felt the photo portrayed the sense of intrigue I wanted to convey.

SNP: So far so good; I have received almost entirely complimentary feedback from readers and whilst I wouldn’t go as far as to suggest that I have nailed it first time I think that I have written a very readable book and shown myself that I can achieve my ambition to write and be published.

SPS: What’s next on the self-publishing horizon for S.N. Pearse?

SNP: A follow up story with a working title of “Payback”. Watch this space.

SNP: Everything and more. Readers may not appreciate at first just how much work goes into research, writing, proof reading, editing etc. But seeing your name on the cover of the book and on the shelves of a shop is a fantastic feeling.

SNP: Go for it, but don’t underestimate the time and effort it takes. There are many hours of work ahead for you but if you have a storyline, have done your research and know your subject matter then back yourself and give it your best shot.

SNP: Two authors I very much enjoy reading are Peter Robinson and Ian Rankin but each has been around the block a few time, Rob Sinclair is someone who has come to my notice recently and I have recently bought his, “Dance with the enemy”. Gunnar A Lawrence has been highly recommended to me also but as yet I haven’t read his work. I do however intend to.

SPS: Thank you for joining us today Steve, and all the best for the future.

SNP: Thank you,I’ve enjoyed it and hope to do it again with Payback or whatever volume 2 turns out to be.

SPS: For more information on S.N. Pearse and his work, please do visit his Showcase Author page here.