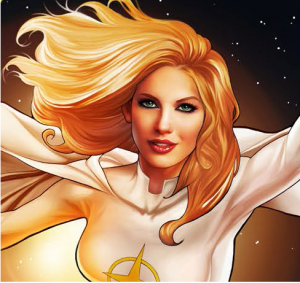 Born and raised in the rural community of Chatham-Kent in Ontario, Canada, and practically living in the classics section of the children’s library, Lance began writing tales of adventure and heroism in the fourth grade. An old soul, he tries to sing, and dance, and play, a little each day. He has degrees in political science and psychology. 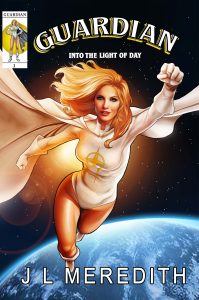 Stars fall to the earth every day; one would change the planet forever.

From peasant to queen and everywhere in between, Elizabeth, a benevolent entity, has wandered the earth incognito for eight hundred years. Instructed by her mother not to interfere with the natural development of humanity, she has protected the planet from extra-terrestrial threats while discreetly helping its people from the shadows.

Working in a present-day refugee camp as Dr. Elizabeth Welkin, a new extraterrestrial threat appears in the stars. An asteroid, its presence hidden by the sun, hurtles towards the earth. Elizabeth rises to meet it. In the aftermath, she reluctantly becomes Earth’s first superhero as metahumans begin to appear, fear amongst Earth’s population follows, and corporate and government opportunists seek to use the crises for their own ends.

Assembling a team of experts, Elizabeth struggles to find a way to revert the metahumans to their previous state and determine the origins of the asteroid, all the while wrestling with her heart over the affections of a good man, fending off a voracious media determined to know everything about her, and preparing for her mother’s reaction.

Guardian: Into the Light of Day is an epic tale of action and intrigue, science-fiction and roman, exploring the question: What if a superhero suddenly walked among us?