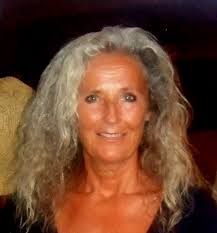 Even though Jane is fortunate enough to have dual nationalities – Canadian and European (French), she began life in Toronto, Ontario. Jane embarked on a career in human services before running away from home to live on the sea. After years sailing the Mediterranean on a rusty old sailboat with her French husband and a variety of charming canine companions, her children’s book entitled SAIL AWAY WITH ME was published in 2010 by McClelland Stewart of Toronto. Jane’s articles have been published in Canada (Toronto Life magazine and the Globe and Mail). She now spends her time writing novels and messing about with clay as she floats between continents. 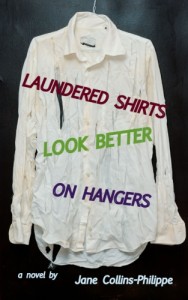 “The only power I have over my life,” thinks Claudia Stone as she puts the noose around her neck, “is the power to end it.” Claudia is incapable of living her life. Until, one day, by a twist of fate, she discovers a hidden talent. When she becomes a phone sex playmate a exciting new world begins to unfold. But will it be enough to save her?

This is how it begins:

Claudia Stone looked down at the ten metre length of rope dangling from her hand and realised she had no idea how make a noose. Standing at the foot of the basement stairs, her flimsy peach-coloured peignoir plunged daringly at the neckline and swung about her ankles like water. This was the day, she’d decided earlier, her teeth clamped in determination. And this was the place. As far as the knot was concerned, she’d just have to ad-lib . . .

Looking For Will (Women’s Fiction, Crime) 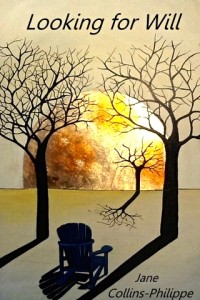 A long car trip. A quarrelling couple. On a lonesome highway a tire goes flat and an infant disappears.
A kidnapping? Or an act of god?

Not far away, Gracie Fortune is acting strange. She sees dancing fruit trees and encroaching horizons over which she’s tempted to go. In desperation she begins making demands of her wayward god. When her prayers are answered all hell breaks loose.

The day sixteen month old William Benjamin Dewhurst went missing was an especially fine one. Although his parents, David and Jan Dewhurst would maintain that the heat was merciless. That the sun made eyes water and set nerves on end. It was mid May, 1969. For the northern region of Ontario, Canada, it was exceptional weather. Sometimes reaching over 80 degrees Fahrenheit. The Dewhursts were returning home after a holiday in Calgary. Over the previous few days they’d traveled through Alberta, Saskatchewan and Manitoba. Arriving at last in Ontario was a welcome relief. Home loomed on the horizon. Only one more night in an hotel. David was sure they’d reach Toronto the following evening.
An ongoing dispute had occupied the young couple all day. The heat and humidity served to inflame their tempers even more. By the time they pulled into the parking lot of The Sunrise Motel late that afternoon both were fit to be tied. David went immediately to book a room. While he was doing so his wife was leaning into the back seat, about to lift the light cotton blanket under which she believed their son to be sleeping. Her tanned arms reached out. “Come on little guy, you’ve been sleeping long enough. Up you get now.” The woman’s foul mood sweetened in anticipation as she pulled back the checkered blanket. But her calm didn’t last. Instead of her child, Jan Dewhurst found nothing but a bundle of crumpled pillows and the mohair shawl that so resembled his golden hair. Suddenly, she was gasping like a fish out of water. In a panic, she began tossing aside folds of scattered blankets and discarded clothing. Walking casually back toward the car her husband heard her screaming, “Will! Where are you? William!”
“What in God’s name have you done with him?” was the first response to come out of David Dewhurst’s mouth.

Sail Away With Me (Children’s, Poetry) 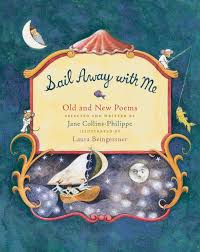 Jane Collins-Philippe loves the sea – after all she has spent many years living on a sailboat – and she has collected verses old and new to share her understanding and affection. Some of the poems will be familiar, like Eugene Field’s “Wynken, Blynken and Nod.” Others are from Collins-Philippe’s own pen and are sure to become favorites. Who could resist a poem about a ship with a hippo for a captain and a giraffe named Joyce for a lookout?

Laura Beingessner’s charming art is the perfect complement to a collection that will delight children, whether they are old salts or landlubbers.