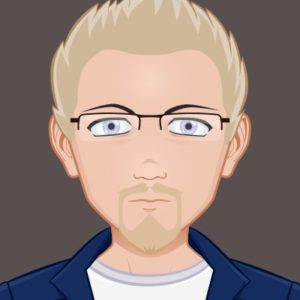 JD Stanley is a Book Excellence Award winning historical and speculative fantasy author of Blood Runner and The Seer. A Bardic Druid and member of the OBOD (Order of Bards, Ovates and Druids), JD honed voice and audio editing chops in the late 80s as a radio announcer and studio engineer before embracing a lifelong guy-behind-the-curtain freelance career as a commercial and content copywriter, editor, screenwriter and script doctor. Landed Entertainment director Junga Song once called JD “the greatest writer nobody’s ever heard of”.

The fictional worlds of Mary Stewart, Colleen McCullough, Tolkien, Heinlein and Cervantes bent JD’s world perception into a magical place of unlikely heroes, quests and the interconnectedness of past and future with a dollop of Monty Python silliness on top to keep it light. Unapologising mythology junkie, sorcery of science lover and student of human interaction, JD’s combined passions weave rich historical fantasy explorations into good and evil where flawed heroes struggle to get out of their own way to do the right thing.

JD is co-executive producer, screenwriter and webmaster for the independent film promotion and production company, Bony Fiddle, and coaches written and spoken communication for business at an Internet technology company in Toronto. 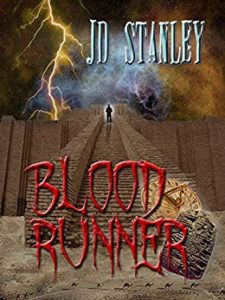 “I’m everything they speak about in whispers. I’m the evil that travels through the mist at night. I am the bringer of death the whole world fears…”

Richard can’t remember who he is. And can’t die. And that’s getting old, too.

Until Maggie bursts across his threshold one night during the 1700s. Her light against his darkness bends his head. And then a vicious pirate captain, Billy the Blackdeath, with a secret almost as old as his own teaches him he’s not the only one with an inhumanity problem. But he doesn’t want to be like him. He doesn’t know him. He swears he doesn’t.

For a moment in time, Maggie becomes the mirror of self-examination Richard doesn’t want any part of while it tears him apart. He wants to be left alone. He has misery to stew in. Why can’t everyone all the way into modern day Southern Ontario, Canada take a bloody hint?

To his undying exasperation, everyone is looking for him – the living and the undead. He can’t seem to turn his back on them, no matter how much he bitches and moans. Apparently? He’s not capable. Which is strange for a guy with an inhumanity problem. Except when it comes to Billy. When he crosses him for the last time?

Sure, he goes off half-cocked, but that’s not really the problem. The problem is he can’t remember the bloody problem. Sumerian gods are calling shots from the wings, but Richard doesn’t know them, either. At least, he doesn’t think he does. One of his strays, Allan, digs into his forgotten past and gives Richard more than he bargained for. While fate continues serving up an existence in unexplainable harmony with people he doesn’t know. Or he could be going crazy. He thinks he remembers the Middle Ages. And the Roman Empire. And Babylon and Egypt. But that’s not possible. He’s only an herbalist. Okay and maybe a vampire.

But from the cheap seats? It looks like Sumerian gods, young vampires, ancient magic, and the outcome of his blood feud with Billy might decide the fate of the whole entire world. 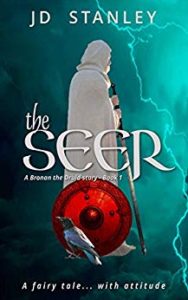 They say he fed the heads of their enemies to a chained dragon. And mixed potions by the light of a caged fairy. No one could say with certainty where he was born, but they blamed that foreign place for his heathen upbringing. He rode on the wind and spoke to trees and could transform himself into any creature at all. And, of course, kill a man with a thought. Immortal was he, so the whispers swore, powerful and with the gift of Sight that let him see not only into a man’s soul, but the future, the past and everything in between. So they say…

But beyond the myth? The people of Edenshire knew one concrete truth. Bronan the Druid would lay down his life for them.

The last line of defence against despot King Barry the Red, Bronan must fight a battle for their survival and with himself. Only a man despite all his powers, he flounders in indecision. An old hurt says he broke his own honour. And so unworthy, his visions hold only the flames of destruction.

He’s damned. But without him, Edenshire is doomed.

While wrestling his demons, he champions for Land, Goddess and a righteous cause along with the orphaned Princess Brigit. And ends up a wanted man. Barry wants him dead and the aging honour guard alongside him – irksome reminders of their well-loved former King Manfred. Whose stolen throne Barry bathes in innocent blood.

While the Goddess waits for justice.

They have one hope. He must reveal a magical trust from the time of Brigit’s father. Because without it?