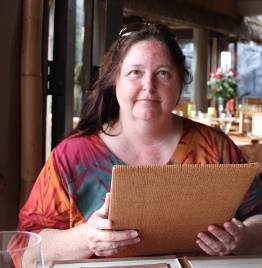 Born in Ojai, and raised in the San Fernando Valley, California, Jena always loved to read and dreamed of writing a novel. Having the ability, but lacking the confidence to do so, she enrolled in the UCLA Writer’s Extension and soon her first novel was in process.

Jena writes YA fantasy, historical fantasy, and paranormal romance. She is also a screenwriter and reads for a screenwriting contest annually. When she isn’t writing she spends her free time with her husband, Amazon parrot, and toy Maltese. 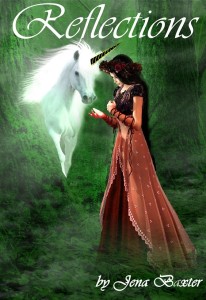 When Juliette has a domestic servant beaten for pursuing a young man above her station, she finds herself cursed by a witch to live in a world behind her own mirror. She is unable to leave except on the first night of a full moon.

Juliette is forced to seek what food and shelter the new world provides with the help of a unicorn, a man who is half bear, and a centaur. Together they struggle to survive against lions, wolves, and the challenges of watching their friends live and die through the back of the mirror, as their own world, family and friends moves on without them.

Reflections begins in Regency era London, and ends in Clover Springs, California, an all but abandoned Gold Rush town.

A tale of love, friendship, and facing unavoidable challenges. 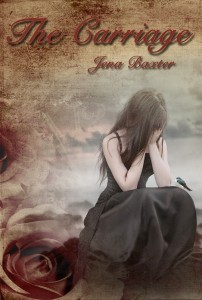 A teenage girl boards a carriage with her sister in New York but disembarks alone in Victorian, England.
Cursed by her sister Brooke, Alexis Powell arrives in the Victorian Era where she meets Ezra, a man recently murdered by an assassin his brother Amos, hired. A supernatural creature, Ezra sees into Alexis’ mind with a touch and intrigued by her memories, offers his help only to be rebuffed for his kindness. Alexis runs away, but Ezra can’t shake off what he saw. He follows her through the streets of London.

Vulnerable after the loss of his Father, Amos’ harassment, and Alexis’ many rejections, Ezra decides to leave her alone. Alexis is unable to find work and faced with starvation. She steals a tomato and Ezra finds her facing the local magistrate and an angry mob. He fights and pays for her freedom.

Finally accepting the help he offers, Alexis moves into the manor Ezra shares with his brother. A romance blossoms, but the bond between Ezra and Amos is worse than Alexis’ and Brooke’s. While Ezra and Alexis search for a way to send her home, Amos looks for a way to kill them.