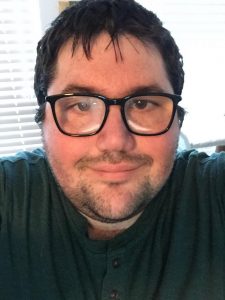 Jeremy A. Harper was born in Dayton, Ohio and spent much of his youth traveling up and down the east coast of the United States with his family before settling in Delaware. There he served in the Delaware Army National Guard and attended Wesley College, where he met his fiancée, Sky West. He later graduated and received a B.A. in Media Arts. His debut novel; Mourning Sky: Evan’s Story was self-published in the summer of 2019 and pulls from his various experiences with love and loss. He currently resides in Florida, living with his fiancée and Trixie the cat. 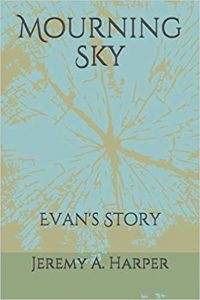 More and more people are disappearing from society. Marked by tattoos from a mysterious stranger and granted strange powers, people are being spirited away to another world. As an escape from their mundane reality, they live out their lives as adventurers: exploring, gathering materials, hunting monsters, and sometimes each other. One boy, Evan, finds himself in a precarious situation. After watching his girlfriend murdered in front of him, he ventures into this other world in the hopes of finding a way to bring her back to life.