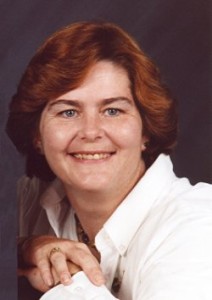 Jo Grant was raised on a remote farm in rural Indiana. Since she was an only child and neighbors were few, she developed a rich and colorful imagination that became her closest loyal friend. Together they roamed the hills of her home, finding tongues in trees, books in the running brooks, sermons in stones, and good in every thing.

Her literary tastes have been shaped by the inspired works of Anne McCaffrey, Robert Heinlein, and Nora Roberts—all of whom she hopes to become when she grows up.

She has been publishing since 1994, and has written nearly 200 books and short stories under various pen names. In addition to modern-day and medieval romances such as Secrets of the Heart, Caerlon, Stormy Bay, One of a Kind, and Mara My Love, she has also published several childrens’ books and full-length fictional novels, including Obsession and Alter Ego, the first two books of her popular The Bureau series.

Her love of animals has led to rescuing a wide variety of handicapped animals, including birds, ferrets, reptiles, and a semi-paralyzed cat named Phantom.

She has been blessed with two sons who actually acknowledge her existence, and an incredibly tolerant husband who indulges her whimsical flights of fancy without calling for the guys with butterfly nets.

Though she has traveled extensively and seen many beautiful and wondrous things, the home of her heart will always be lovely Ireland. She dreams of emigrating to that glorious land of magic and mystery…and once there, shall nevermore stray. 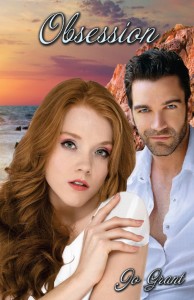 It isn’t called the Bermuda Triangle for nothing!

Most people would enjoy vacationing in sunny Bermuda after being injured on the job. But for Mariah Conners, the timing can’t be worse. She isn’t just an FBI agent, she’s a biomedical scientist. And the cancer research she’s conducting just might help to save her supervisor’s life.

But her charismatic partner, Quinn MacAllister, isn’t giving her a choice. She needs a break, and he’s going to make sure she takes one. Two glorious weeks of scuba diving, sailing, deep-sea fishing, water skiing, and horseback riding will refresh them both.

Then their small charter plane goes down in a freak electrical storm, and they find themselves cast adrift in the treacherous Bermuda Triangle with two spoiled teenagers and an elderly retired couple.

The remote tropical island that shelters them is lush and gorgeous–but it also holds a deadly secret. And their old enemy, Bryce Spencer, is in hot pursuit!

Can Mac and Conners keep their four unlikely companions alive, and escape the mysterious island, before Spencer kills them all? 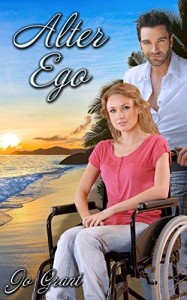 It was a miracle. Most coma patients either recovered within a few days, or they never came back at all.

Kayla Farrell was in a coma for three long years. Everyone had given up hope—except for one courageous nurse who was willing to try anything to revive her patient! But waking up to the sound of her favorite actor’s voice is only the first step on Kayla’s long, arduous road to recovery.

Alex Matthews, lead star of the award-winning series “The Bureau,” has heard all the rumors. How the sound of his voice pulled this unknown little writer back from death’s door. How the first word out of her mouth was his character’s name. And how, despite her infirmities, she’s written the most amazing script ever to cross a producer’s desk. The entire thing sounds too weird to be true.

The prospect of dealing with a cripple scares the daylights out of him. So when Kayla and her devoted nurse actually arrive on the exotic “Bureau” set to watch her movie being filmed, Alex must confront his deepest fears.

Yet despite her confining wheelchair, Kayla Farrell is beautiful, vibrant, full of life. Try as he might, Alex is drawn by her clever wit, and her tenacious struggle to walk again.

But Alex isn’t the only one who enjoys Kayla’s vivacious company. He’s lost out to his co-star Tommy Anders’ boyish charm before–but never when it mattered so much.

His timing for the camera is impeccable. But in his personal life, somehow he manages to botch it every time. Can he manage to overcome his fears, and win Kayla’s love, before their return to civilization separates them forever? 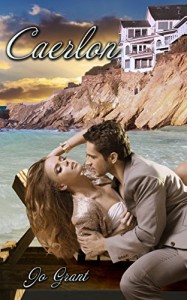 It will be the cruise of a lifetime for those rich enough to indulge their wildest fantasies!

The “Lucky Twelve” contest has commanded more interest than the latest five presidential scandals combined. But ex-Marine Mitch O’Neill doesn’t believe he was randomly selected to hobnob with the world’s obscenely rich and shameless…

Especially when he discovers that his beautiful, treacherous ex-lover, Lady Guenevere Thurmond, is aboard the gigantic “Fairy Princess” cruise ship.

Who is trying to reunite them…and why?

One of a Kind (Romance) 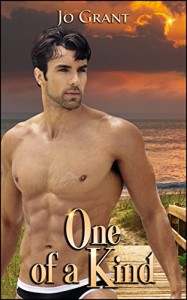 Multi-millionaire Lucas O’Shaunnessey is incensed to learn that an interloper has opened an exotics pet shop near his very first retail store. How dare she move in on his territory?

But Lucas is in for quite a surprise when he confronts clever, sexy Devon Gallagher. Sparks fly as they each fight their primal attraction.

Can they work together until true love finally stakes its claim—or will his sultry ex-lover drive a wedge between them forever?

Secrets of the Heart (Romance, Mystery) 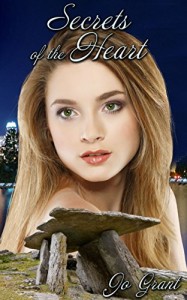 Hollywood superstar Conor Fitzpatrick is captivated when he meets a beautiful young woman who looks eerily like the childhood sweetheart he left back in Ireland thirteen years ago.

But pretty Kiera Donovan is hiding a tragic secret that will change his life—and could prove deadly to them both!