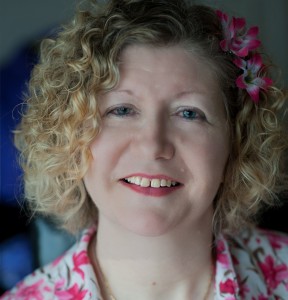 Joanne was born in Islington, London and now lives in Rayleigh, Essex with her husband and three dogs.

She had wanted to write a novel ever since she was a child, after winning a short story competition at the local library. Although she started many projects, and has written a number of short stories and poems, the novel was elusive.

However, in 2013, she was enthralled by the Channel 4 Documentary, The King in the Car Park, about the discovery of the remains of Richard III and she began to research the controversial King. After reading and researching widely, she became convinced that his reputation as a child murderer was unjustified. She enjoyed all the historical novels about him, but became tired of always knowing how they would end; with his bloody death at the Battle of Bosworth! She could find no trace of one with an alternative ending, and finally decided to write one herself. The result was ‘Richard Liveth Yet’, her first novel, in which Richard time travels to the present day. She included her take on his story as well as utilising her own experiences and expertise as an osteopath to address the issue of his scoliosis (spinal curvature). It is an easy-to-read, light-hearted work, with an eclectic mix of history, romance, mystery and humour.

Richard Liveth Yet: A Historical Novel Set in the Present Day (Alternative History) 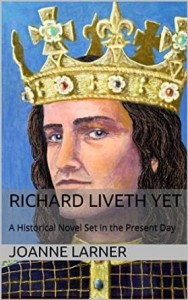 What if time could be manipulated so that someone could travel into the future? What if that someone were Richard III, King of England, who died at the Battle of Bosworth in 1485? And what if he could learn what happened and go back to fight the battle again…with the benefit of hindsight? This is the story of his quest to do just that while trapped in a modern world in which everything is terrifying and strange. 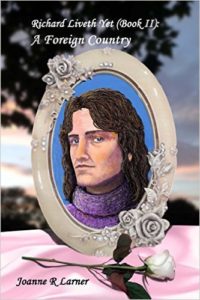 A hopeless love… Rose is desperately in love with Richard, but not only is he way out of her league (he is the King of England), he is married to someone else and living over five hundred years in the past. But Rose won’t let such trivialities stop her seeing him again and, enlisting the help of a Wiccan friend, she casts a spell to make him return to her…but things don’t turn out quite how she planned and she finds herself stranded in a violent and foreign land: THE PAST… 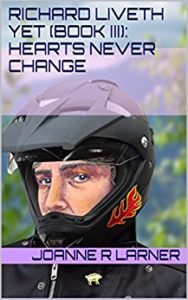 Richard has been King of England and France and Lord of Ireland for over twenty years and he is beginning to question his life. He misses his secret wife, Rose, who had to return to the twenty-first century when she found she was expecting twins, both for her own and the babies’ safety. Everyone around the king seems to be happily in a relationship. The realm is at peace and his son and heir, Richard junior, is of an age to take over the reins of government, so Richard makes a decision…

Dickon’s Diaries: A Yeare in the Lyff of King Richard the Third (Comedy, Humor) 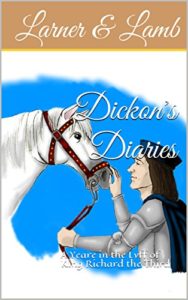 ‘Tis your Liege Lord and Sovereign King, Ricardus Rex Tertius, but ye have Oure permission to calle Us Dickon, for We are a right generous and kinde prince and We knoweth ye loveth Us right welle (especially ye Dames).

That being so, We hath herewith provided to ye Oure own personall diary whyche telleth of Oure lyff here at Muddleham and ye adventures of Us, Oure wyff, Anne, the Quene and Oure loyalle and trustie friend and servaunt, Francis Lovell. And, We hope ye shalle agree, right entertainyng it is, by Oure troth.

Therefore, We inviteth ye to readeth on…