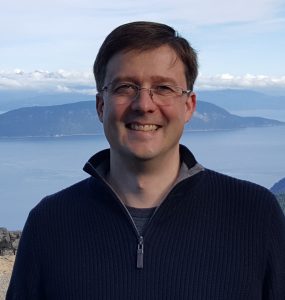 Jon Biviano has been writing since middle school, primarily in the Fantasy genre. A longtime resident of the Willamette Valley in Oregon, the writing began as an escape inspired by the likes of Tolkien, McCaffrey, Jordan and Feist. After filling a few hundred college ruled pages with his first book, Fate Rides Wicked, he spent countless hours in his university’s computer lab turning it into the epic trilogy it is today.

The Lerilon Trilogy takes place in a world full of dragons, magic and danger. A second trilogy is in the works as well.

Fate Rides Wicked: Vol I of the Lerilon Trilogy (Fantasy) 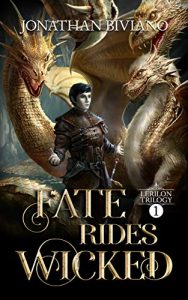 Heroes are often unwilling. Some refuse to be called heroes. But when you’re a child of prophecy, blessed with abilities beyond your own comprehension, can you turn down your destiny? Not when “Fate Rides Wicked.” This saying is not just a philosophy of his race, but the story of Tych’s life, as fate forces him to fulfill his destiny. The proof of prophecy, Tych is thrust into a role he didn’t want, to free the continent of Li from the grasps of a terrible evil.

Return of the Dragons: Vol II of the Lerilon Trilogy (Fantasy) 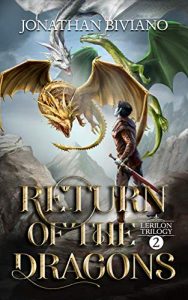 In the aftermath of the greatest single battle ever fought on Li, the expedition must knit together a unified continent. Facing lingering prejudices, aggressive foes and behind the scenes enemies, the battle turns political. The continent must trust in Lendril’s wisdom in the absence of Tych, as they work to create a post-war government that can overcome a rebellious army that holds everything west of the mountains. While Aquendar’s secrets are revealed, the threats from new lands are kept in a tight inner circle. Can Li find stability in the midst of all of it? Will it ever be a unified land?

The Endaril Dragon: Vol III of the Lerilon Trilogy (Fantasy) 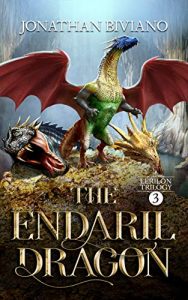 All of Lerilon remains threatened by ancient evils, while the danger of planetary war grows between empires. As the Emperor of Li, Nandel must guard his own citizens from The Thirteen, while building a fragile alliance with an army on the other side of the world. Balanced on a knife’s edge, Lerilon holds its breath for the endaril dragon to bring their torment to an end, but does anyone even know where he is?