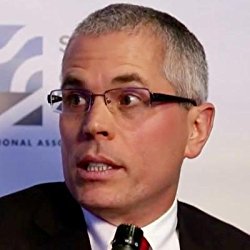 Jorge P. Newbery is a successful entrepreneur, distressed debt and real estate investor, endurance athlete, and author. He turned around some of the country’s most troubled housing complexes in amassing a portfolio of 4,000 apartments across the USA from 1992 – 2005. However, a natural disaster triggered a financial collapse in which he lost everything and emerged over $26 million in debt. He never filed bankruptcy. Instead he developed strategies to gain leverage over creditors to settle debts at huge discounts, or simply did not pay them at all.

As an athlete, Newbery raced bicycles for a living from 1986 – 1990 as a Category 1. He competed in the 1988 Olympic Trials and was 4th in the Spenco 500, a nonstop 500-mile bike race televised on ESPN. Newbery also runs and has completed over 70 marathons and ultramarathons. In 2012, he was the overall winner of the Chicago Lakefront 50K. At 46-years-old, he was double the age of the 24-year-old second-place finisher.

Today, Newbery helps others crushed by unaffordable debts rebuild their lives. Jorge is Founder and Chairman of American Homeowner Preservation (AHP), a socially responsible hedge fund which purchases nonperforming mortgages from banks at big discounts, then shares the discounts with families. Jorge’s response to the nation’s mortgage crisis creates meaningful social and financial returns for investors, while keeping families in their homes.

In recent books “Debt Cleanse” and “Stories of the Indebted,” Jorge draws upon his own experiences and those of other Americans burdened by debt to offer insight, strategies and techniques to settle debts at big discounts. “Burn Zones: Playing Life’s Bad Hands” is Jorge’s autobiographical account of how he was pushed to his physical and mental limits during his time of strife, and how he overcame the challenges he faced. 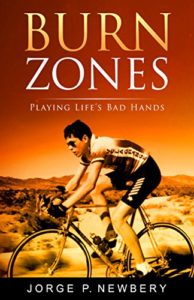 Life was good for Jorge Newbery. A high school dropout and serial entrepreneur, he had built a real estate empire of over 4,000 apartments across the USA. Taking risks and working tirelessly were the ingredients to his rise. But, he took one risk too many.

An ice storm on Christmas Eve 2004 triggered his collapse. He was maligned, publicly shamed, and financially gutted – even arrested. He lost everything and ended up $26 million in debt.

As he struggled to regain his footing, he spent what he could to get others to lift him up. But no one did. He discovered that there was only one person who could build him back up. To move forward, he crafted a new life’s purpose: to help others crushed by unaffordable debts rebuild themselves.

Burn Zones is a story of playing life’s bad hands and overcoming adversity against the greatest of challenges. It’s an inspirational story of a man who was pushed to his mental and physical limits, and came out the other side even stronger.

And, most of all, it’s a lesson that you can do the same.

Debt Cleanse: How To Settle Your Unaffordable Debts For Pennies On The Dollar (And Not Pay Some At All) (Business, Personal Finance) 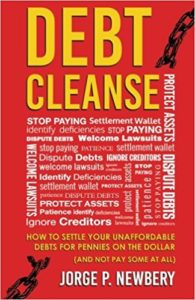 Jorge Newbery erased his debts without filing bankruptcy. Now you can, too.

Like many Americans, Newbery struggled with debt. But unlike most people, he owed more than $26 million. Creditors swarmed after a natural disaster devastated his multi-million dollar business. The stress was crushing. He needed a way out — and what he discovered will amaze you.

His breakthrough came practically by accident. One of his creditors made a sloppy legal mistake, and he battled the creditor all the way to the Missouri Court of Appeals. The court ruled that the entire debt — nearly $6 million — was “inadvertently extinguished.” It didn’t have to be paid. It was completely eliminated.

Newbery applied the powerful techniques he had learned to all his other debts. The results were astonishing. One after another, his debts were either settled or gone forever.

Assert your rights and defend yourself against creditors.

Stop making payments — and turn that to your advantage.

Dispute your debts to stack the odds in your favor.

Uncover deficiencies that can put money in your pocket.

Protect your assets from creditors (100% legally).

Be debt-free for life.

Debt Cleanse shows you how to gain leverage over your creditors. You can settle your unaffordable debts for pennies on the dollar – and not pay some at all.

Don’t let your debt burden you one more day. This book will set you free. 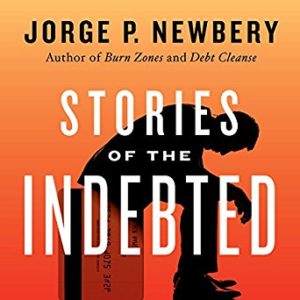 Millions of Americans today are mired in unaffordable debt. While breaking the chains of debt may feel like an insurmountable problem, a debt-free life is not out of reach.

Jorge Newbery was once $26 million in debt. He needed a way out. When one of his creditors made a sloppy legal mistake, he battled them all the way to the Missouri Court of Appeals – and won. Newbery then applied what he learned to his other debts. One after another, his debts were either settled or gone forever.

Today, Newbery shares what he discovered with others crushed by unaffordable debts. He is the founder and CEO of American Homeowner Preservation and DebtCleanse.com, both dedicated to helping debtors escape from the financial nightmares he faced.

In Stories of the Indebted, Jorge recounts the heartbreaking financial tales of regular Americans struggling with unaffordable debt. Along the way, he imparts strategies, tools, and techniques to settle debts at big discounts and start a path towards debt-free living. Newbery shows how debtors can take control and regain the most important thing they’ve lost: hope.