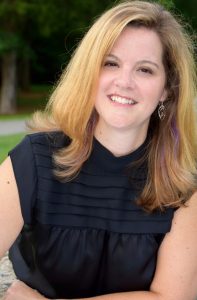 Julie is a native of Central Kentucky. After receiving her degree in English, she chose a career in higher education finance. Fifteen years later, she decided to allow her inner creative genius loose and began writing. She has been an avid reader her entire life, with a special love for mysteries, so she thought it fitting to make her first novel one of suspense. Growing up as an Army brat, she has lived in several states and foreign countries. To this day, she enjoys traveling to new places and experiencing new cultures. When at home she is likely to be found enjoying a few extreme sports, such as: rock climbing, scuba diving, or whitewater rafting. Her willingness to enter into activities of mortal peril is balanced by her commitment to ensure the quality of life for animals through her service with various dog rescue organizations. She now lives in Middle Tennessee with her two dogs, Ginny and Luna. 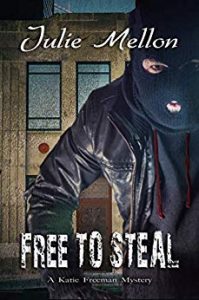 Greed can be deadly.
When called to the scene of a bank robbery that leaves a young mother dead, Katie Freeman and Michael Powell are confronted with their most perplexing case yet. The trail connects a series of unsolved bank robberies from across the country dating back more than a decade – yet the investigation suggests that money was never the motive. But if not money, what are the thieves seeking? And is the death of the young mother related? As Katie and Michael follow the case’s many twists and turns, they uncover a motive more sinister than they could have imagined. 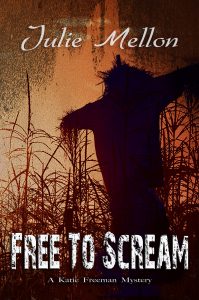 An innocent outing lands FBI Special Agent Katie Freeman and her partner, Michael Powell, on the trail of a kidnapper whose greatest pleasure is torturing women. When a college freshman is reported missing, everyone assumes she ran away. But when her body turns up in a cornfield not far from where she went missing, a different story begins to emerge. Kidnapped, tortured, and left for dead, she clings to life, and now it’s up to Katie and Michael to uncover who did this to her. When a second woman goes missing, the two agents begin a search that has a very different ending. Finding the man responsible will take a combination of new investigative methods and Katie’s unfailing ability to piece together a puzzle – one that is as twisted as the corn maze that has become this perpetrator’s hunting grounds. 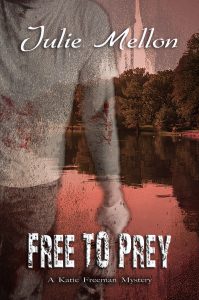 Now that her suspension has been lifted, Katie Freeman is determined to return to work, keep her head low, and – most importantly – stay off her boss’s radar. But someone has other plans. Waiting on her desk is a package with shocking contents, with no indication of who sent it – and the implied threat lands Katie in the one spot she was most determined to avoid.Not happy to be sidelined on the investigation into the mysterious gift, she and her partner, Michael Powell, are assigned to the gruesome murders of a father and his two children. But they never expect the killer’s calling card to reveal a connection to Katie’s past.With the threats circling closer, Katie and Michael must work quickly to ensure her survival. But when danger hits close to home, their teamwork might be the only thing that ensures they both survive. 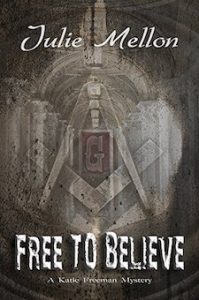 Suspended – a word Katie Freeman never thought she would hear. Now, here she was with an entire week to ruminate on her possible ruined career. And to make matters worse, she had brought her partner, Michael Powell, down with her. All of that changes when Michael and his former partner, Stan Odenthal, show up on her doorstep with a complex cold case that has haunted Stan for over two decades.
Twenty-three years ago, three women were murdered and their bodies left in a field — all evidence pointing to ritualistic killings. The case remained unsolved, and Stan was bothered by the many unanswered questions and avenues of investigation that were left unexplored. Why did the killings stop after three? What did the ritualistic markings on the bodies really mean? Why these women?
Now with free time on their hands, Katie and Michael agree to help Stan with the one last case he couldn’t solve. But with only four days to find a murderer, Katie and Michael must race the clock to discover answers before finding out whether the ax will fall on their careers. 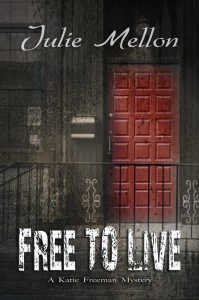 Special Agent Katie Freeman has a secret, one she has only shared with her partner, Michael Powell. While looking at the files of a cold case, Katie discovered a possible personal connection. Is her mother the woman who disappeared twenty-six years ago? And did she kill Katie’s father?

If her mother is the missing woman, how will that affect Katie’s career with the FBI? And, now that she has dragged her partner into this mess, will the calls come tumbling down on him, too? Adding to the stress is Katie’s new relationship with a fellow FBI agent. She is keeping secrets from him that impedes their ability to move their relationship forward.

Can Katie resolve this situation before she loses everything she has worked for? 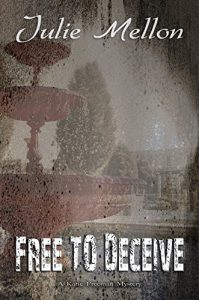 Special Agent Katie Freeman and her partner, Michael Powell, step in to assist the local authorities after the discovery of thirteen bodies buried in a small park. The chilling pose of each body and the gruesome manner in which they died indicate a particularly sadistic killer. As Katie and Michael begin investigating the case, they encounter more questions than answers – are these hate crimes or crimes of passion? How did so many men go missing without someone noticing? How are all these victims connected? With more bodies than they can handle and time running out, can they catch the killer before another victim disappears, or will they lose one of their own in the process?
While Katie navigates this case, guilt over the secrets she is hiding from her partner threaten to overwhelm her focus. Can their partnership – and her career – survive if the truth comes out? 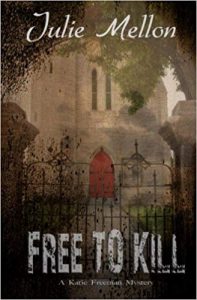 FBI Agent Katie Freeman’s life has been upended. After being reassigned from Louisiana to middle Tennessee, her new bosses suspect that her reassignment is due to an indiscretion with her previous partner. Now, she and her new partner, Michael Powell, are asked to assist on the bewildering case of a woman who was kidnapped, tortured and left for dead on her own front porch. Before they can make any headway, a second woman disappears. As the number of missing women rises, Katie and Michael must work to figure out how the women are being abducted and where they are being held. Will they be too late to save the latest woman?
Complicating matters even further is a cold case left behind by Michael’s former partner. Who murdered Henry Stephens twenty-six years ago? What happened to Henry’s wife? And why does one of the suspects act like he knows Katie?