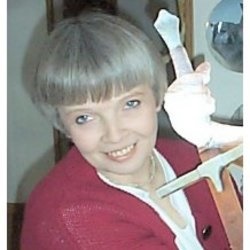 K. C. Berg is a ‘tried and true’ country girl who was born, raised and continues to live in Northeast Wisconsin. In addition to writing fantasy/romance novels, she also dabbles in writing research report guides and dramatic stage plays. Her plays have been performed by The Atlantic Stage in Myrtle Beach, SC, by Love Creek Productions in New York City, and by the Machickanee Players in Oconto, WI. She grew up long before the age of cellphones and personal computers, and spent most of her time helping out with the Holsteins on her parent’s farm. She even exhibited cattle at local fairs, but that didn’t prevent her from her main goal—which was to become a writer. She graduated cum laude from Lawrence University in 1983, where she received the Mary. E. Morton scholarship for a fictional story titled “Bonds” (which just happened to focus on assisting a cow with a difficult calving). Now, with the farm and her childhood far behind her—but not forgotten—she devotes her time to creating stories that touch the human heart and show us that dreams exist in all of us . . . we need only to believe. 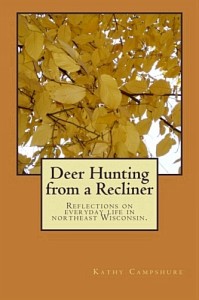 Originally published as weekly articles in the quaint rural newspaper, this collection of essays offers a unique point of view on daily life in northeast Wisconsin. Raised on a small dairy farm and inspired by the ‘simple life’, the author shares her views on numerous topics, including gardening, chocolate, family farms, growing older, raising children, and dealing with our changing times—all while embracing life from a positive (albeit slightly twisted) point of view.

Visit the county fair and ride the Tilt-a-Whirl with the author and her son; learn where all of the beloved cabooses have gone, and discover what brown paper sacks and rainy days have in common; dare to consider life’s ultimate question—‘Can pumpkin pies get car sick?’ From parenting, to doing dishes, to commuting to work, the stories contained in this book are guaranteed to make you smile, and inspire you as only ‘Deer Hunting from a Recliner’ can. 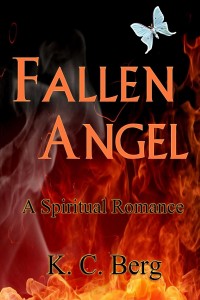 Beth loves Sam so much that it hurts, but he is a prisoner to his past. Listening to her broken heart, Beth packs up her belongings and flees Eagle River in the middle of the night, hoping to leave all of the pain and the heartache behind. Five years later, a mysterious stranger—and a phone call from a deceased friend—convince her that Sam is in danger and she needs to go back. With her heart in her hands, she returns to Sam and the Thunder Ridge Ranch, but will her love be strong enough to save both of them before time runs out?

Fallen Angel is a spiritual romance that examines the theory that souls are bound together across time. This theory, commonly referred to as ‘old souls’, explains the concept of love at first sight, of feeling at home with a complete stranger, and even the unbearable loneliness we sometimes feel in the midst of a crowd. Old souls journey together through a succession of lives side by side. Sometimes, they are siblings, sometimes lovers, sometimes devoted friends—but always, they are together, helping and guiding each other on their way home. What happens, though, if such a soul gets lost—if it cannot see its way clear to continue its journey? Sam is just such a soul, and Beth must either find a way to convince him that nothing is stronger—or more enduring—than love, or lose him forever.

In the Light of the Passing: Book 1 (Fantasy/Romance) 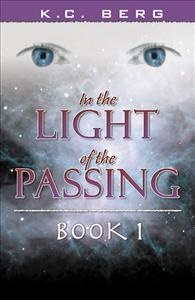 Commander Shance Delray has endured more than his share of bad luck. An asteroid is on a collision course with his home on Grahba, he is shot down in battle—twice—and he finds himself falsely imprisoned in the mines beneath Sarzan; yet, in spite of all of this, only meeting Nadeena can bring him to his knees.

“In the Light of the Passing: Book 1” is a fast-paced adventure set on distant worlds. In this fantasy/romance novel, a young commander is torn away from his people mere days before an asteroid is scheduled to impact his colony. Barely surviving an attack by a massive warship, Commander Shance Delray regains consciousness far from home and in the midst of strangers. Believing his people have perished, Shance is drawn into a new and even more dangerous struggle. Ignoring the danger, he agrees to lead a fighter squadron to Sarzan in an attempt to save the miners that are imprisoned beneath the evil Commander Vallance’s city. Only upon his victory does Shance learn that he has been deceived to gain his cooperation; despite the odds, his people are alive. Knowing he must return to them, Shance is now torn between his obligations as a leader and his love for Nadeena, Vallance’s daughter. The time of the Passing is upon them and, when the twenty long days have passed, both Shance and Nadeena will have learned the meaning of commitment, the power of destiny, and the strength—as well as the fear—that lies buried in the human heart.

Page-turning adventure and true-to-life emotions fill this 122,000 word novel. While everyday reality may seem mundane and predictable, In the Light of the Passing: Book 1 convinces readers, from age 14 to 104, that fate and destiny not only exist, but refuse to be denied.

This novel was one of six finalists in the 2006 USABookNews.com competition, and received Honorable Mention in 2007 for the “Eric Hoffer Book Awards” competition. 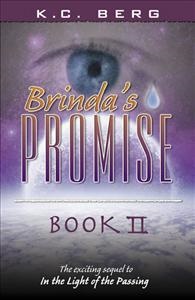 In this sequel to In the Light of the Passing: Book 1, Shance and Nadeena’s saga continues on Brinda, their new home. They find this new world to be both beautiful and promising, but its promise is an evil one. The warship that disabled Shance’s vessel over Grahba has returned, and the commander knows that this time it has come to stay.

As the young commander prepares for the battle of his life—a war that must determine if his people will ultimately live or die—Nadeena is embroiled in her own struggle. Shance doesn’t know, but she is expecting their first child. A long, hard winter is coming and an attack is pending. Should she burden Shance with the news, raising the stakes of the impending battle to an even more unbearable height, or should she terminate the pregnancy and spare him the burden? And, if she decides to keep the child and the prophesized battle ensues, can she bear to bring a new life into their world simply to watch it die?

Like book one of the series, this novel also received Honorable Mention for Commercial Fiction in 2007 in the “Eric Hoffer Book Awards”.